The Australian Overall TV charts have a new #1 in Rick and Morty which returned from the mid-season break of its fourth season on May 3. The show returned to release five more episodes to complete its 10 episode season which began airing November 21 last year before taking a break on December 15. The show revolves around mad scientist Rick Sanchez, nephew Morty Smith and their family as Rick pulls them into a series of sci-fi based morally dubious adventures. The show has been a commercial and critical success since launching in 2013 and can be watched on Netflix.

Moving forward the TV Demand charts will be presenting the data provided by Parrott Analytics in a different format. Although this is the exact same titles and rankings as before, Parrot Analytics has changed how they express demand. Previously, the Demand Expression numbers were shown in millions, the new method contextualises them within the market by stating the show’s performance as a difference from the average demand for a series in Australia or in New Zealand. For example: 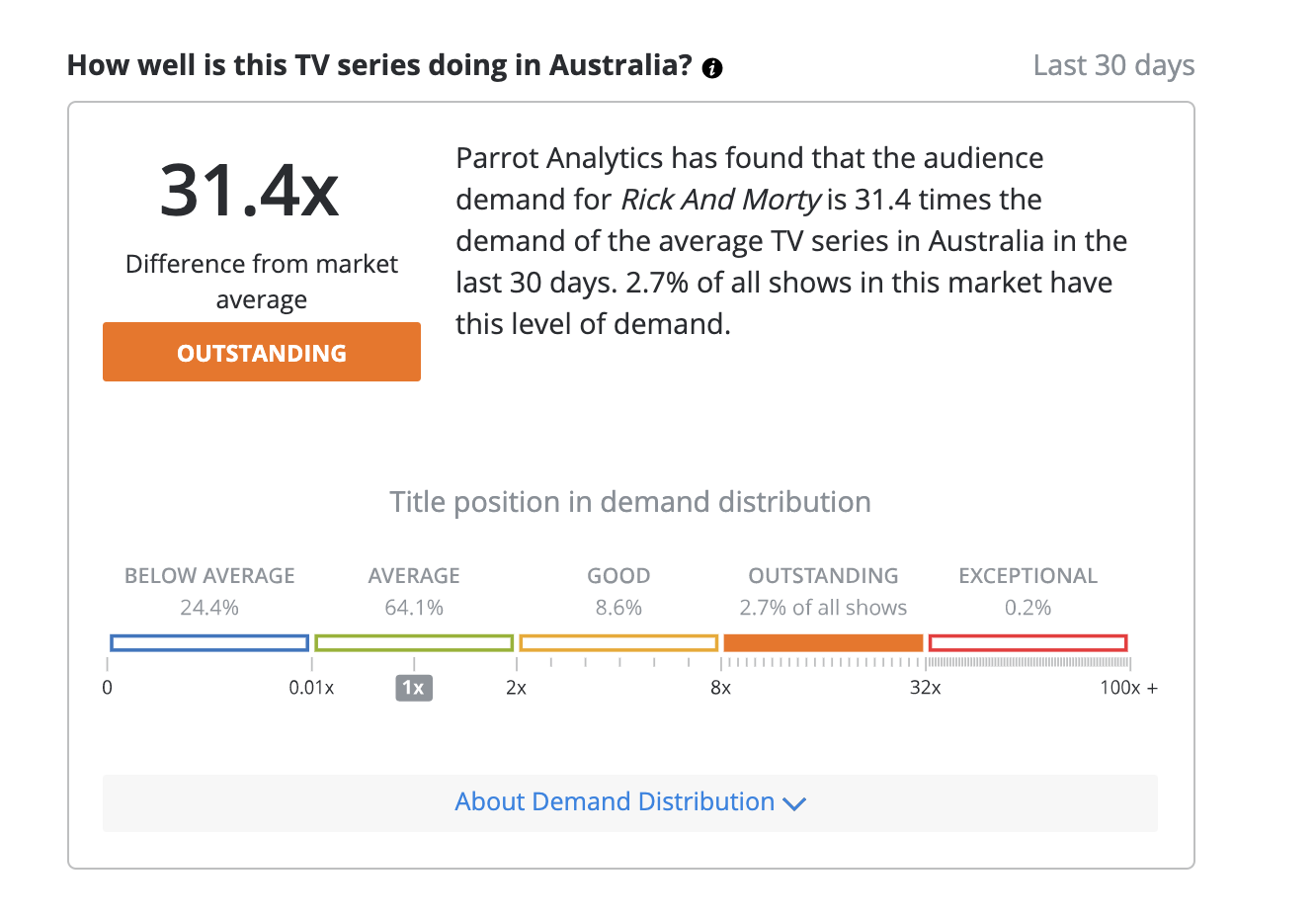 In regards to new entrants, The 100 has entered the Overall TV chart in Australia after its seventh and final season begun airing on May 20. The CW-produced show’s last season will comprise of 16 episodes and will fittingly finish the series on its 100th episode. The show stars Australian actors Eliza Taylor and Bob Morley and revolves around a group of convict adolescents who are sent back to post-apocalyptic earth to test its viability after generations of living in a space station orbiting the planet.