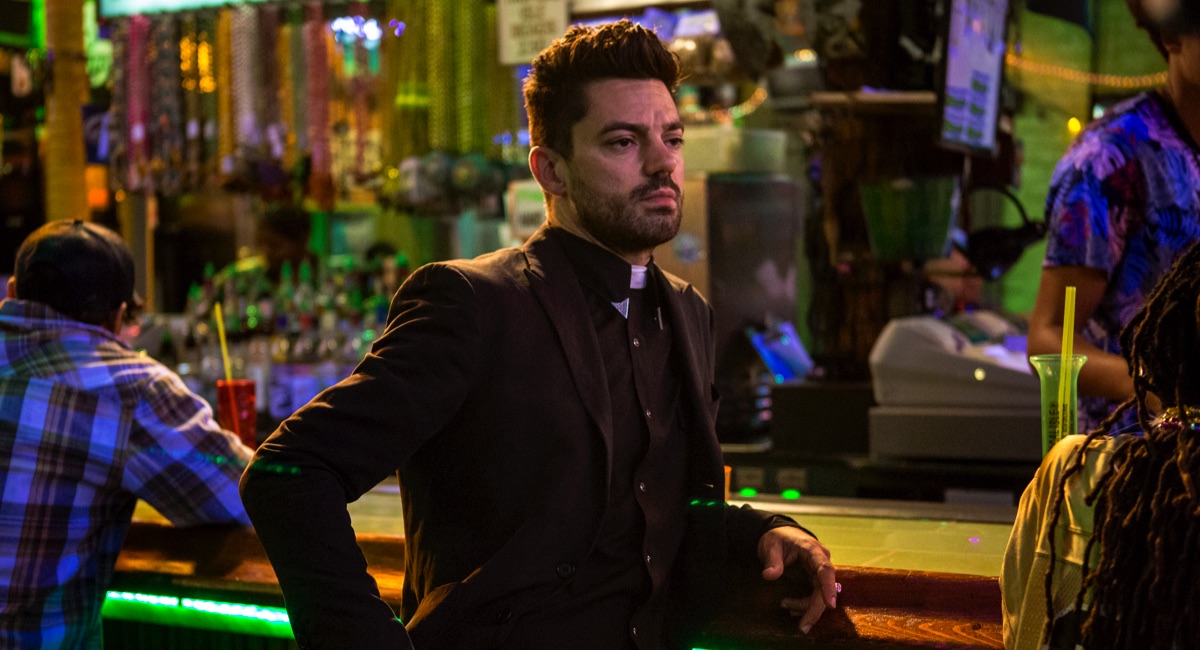 There are no changes at the top on any of the four charts we report on for cross-platform audience demand for Digital Originals and Overall TV Shows in Australia and New Zealand.

On the Australian Digital Originals chart, Netflix’s Stranger Things has returned to the top 10, while YouTube Red’s Escape The Night makes an appearance. Escape The Night is a murder mystery series developed for the platform. The second season started streaming late in June with a new episode being dropped each week.

Meanwhile the second season of Preacher, available in Australia on Stan, has appeared in the top 10 for Overall TV Shows in Australia. 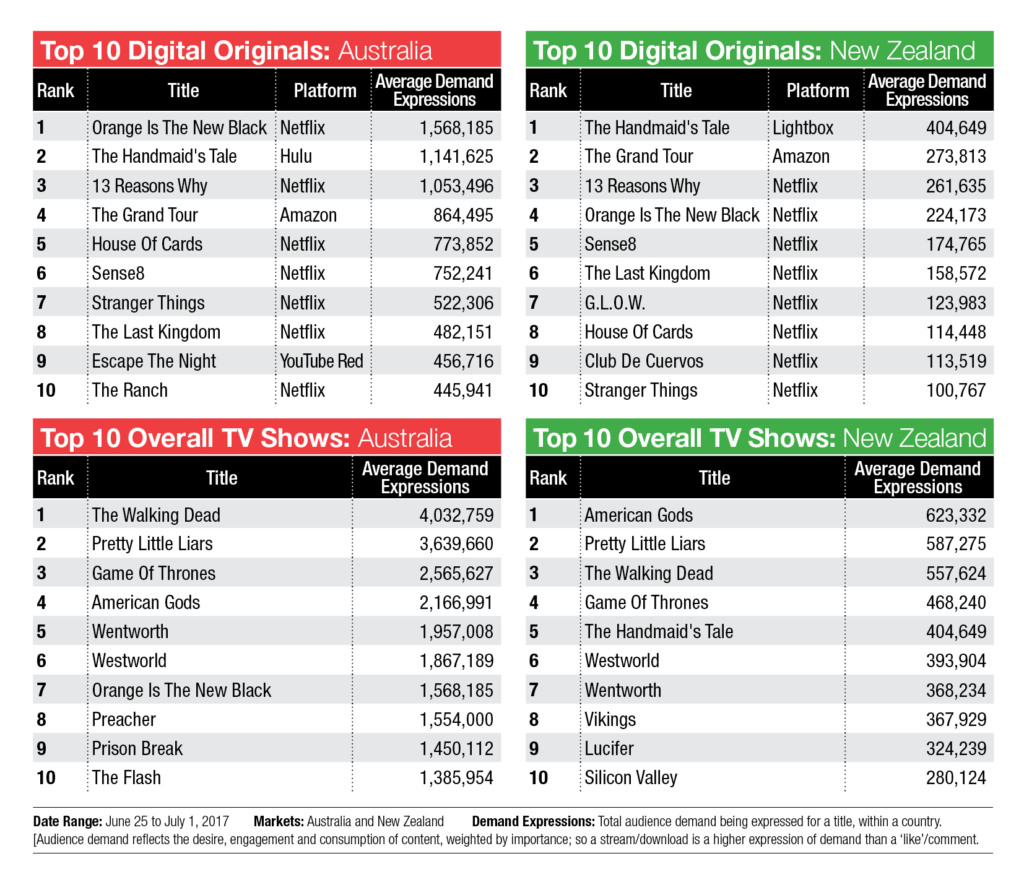