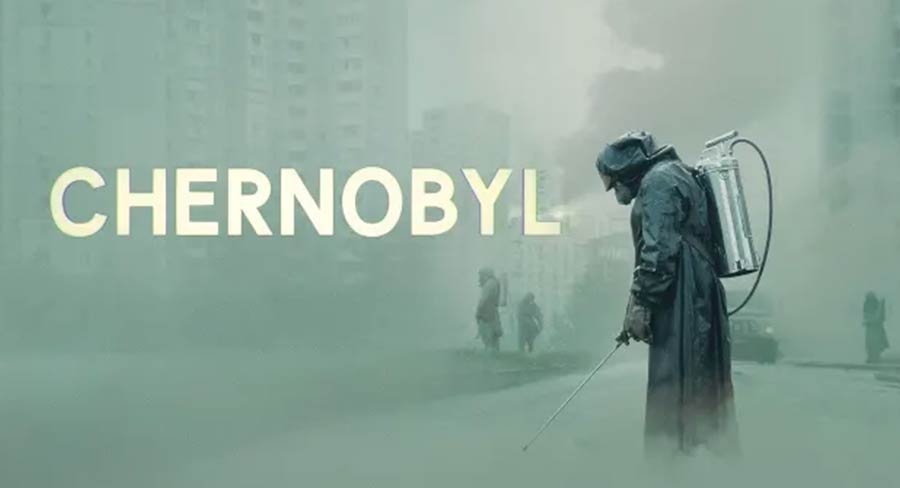 In a fairly static week for the TV Demand charts, Game of Thrones stays on top of the Overall TV show category, though be it on almost half of the audience that it had last week as the show begins to cool down after airing its series finale last month.

Lucifer spent only one week out of the top spot on the Digital Originals chart (Aus) as it has swapped places with Stranger Things to once again find itself at number one. The series starring Tom Ellis, as Lucifer (The Devil)  who operates a nightclub and is also a consultant to the LAPD has been in the top two since Netflix released season four last month.

The biggest mover this week was in NZ where the five part mini-series Chernobyl has entered the Overall TV Charts at five. The dramatisation of the nuclear plant disaster that occurred in Soviet Ukraine in April 1986, reveals how and why it happened. The show stars a mostly European cast lead by Jared Harris, Stellan Skarsgård, Emily Watson, and Paul Ritterand.

The highest charting piece of Australian content is once again The Voice which comes in at fourth on the Overall TV chart after debuting in third place last week. The show continues the momentum it has established since its first episode last month, as it wraps up the blind auditions stage of the competition this week. 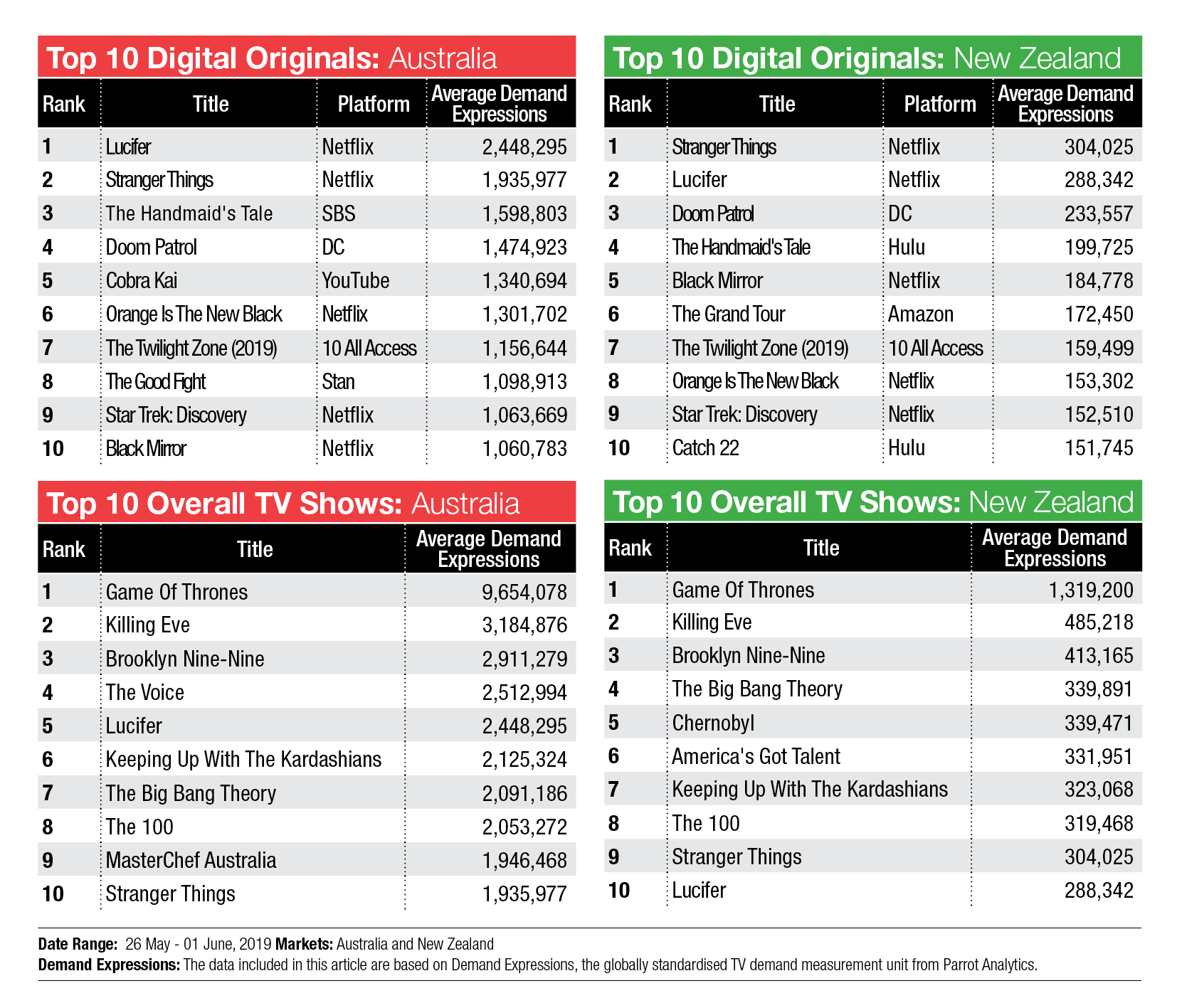