While Game of Thrones is still unsurprisingly miles ahead of its closest rivals, one twist is that in its finale week its score actually went down in both Australia and New Zealand, being unable to beat its own high scores it set earlier this year. Despite GoT coming to an end, there is a good chance that the show will still reverberate through the TV Demand ratings for some time to come, partly due to the two hour special The Last Watch which details the makings of the final season, premiering this week.

The Overall TV chart in Australia also had a few major changes with Brooklyn Nine-Nine dropping out of the top three for the first time this year thanks in part to Killing Eve‘s season two finale, and the first week of The Voice screening on Nine.

With the top two shows on the Overall TV charts concluding this week, a lot of the movement on the Digital Originals charts seems to be about the future. This includes the new leader in Australia and NZ with Stranger Things moving up from seventh spot last week. This is thanks to Netflix releasing a new clip from the upcoming third season, due out July 4. This follows off the nearly three-minute trailer that was released in March, and actor David Harbour describing the season finale as “unexpected” and “the most moving thing we’ve ever shot” the anticipation seems like it will only build from here.

The other stand out in the Digital Original charts this week is Orange is the New Black which is gearing up for its seventh and final season with Netflix releasing a first look along with a release date, July 26. Based on Piper Kerman’s memoir, Orange Is the New Black: My Year in a Women’s Prison, the show was the third Netflix original drama to air on the platform back in 2013 and has since racked up 16 Emmy Award nominations and four wins. 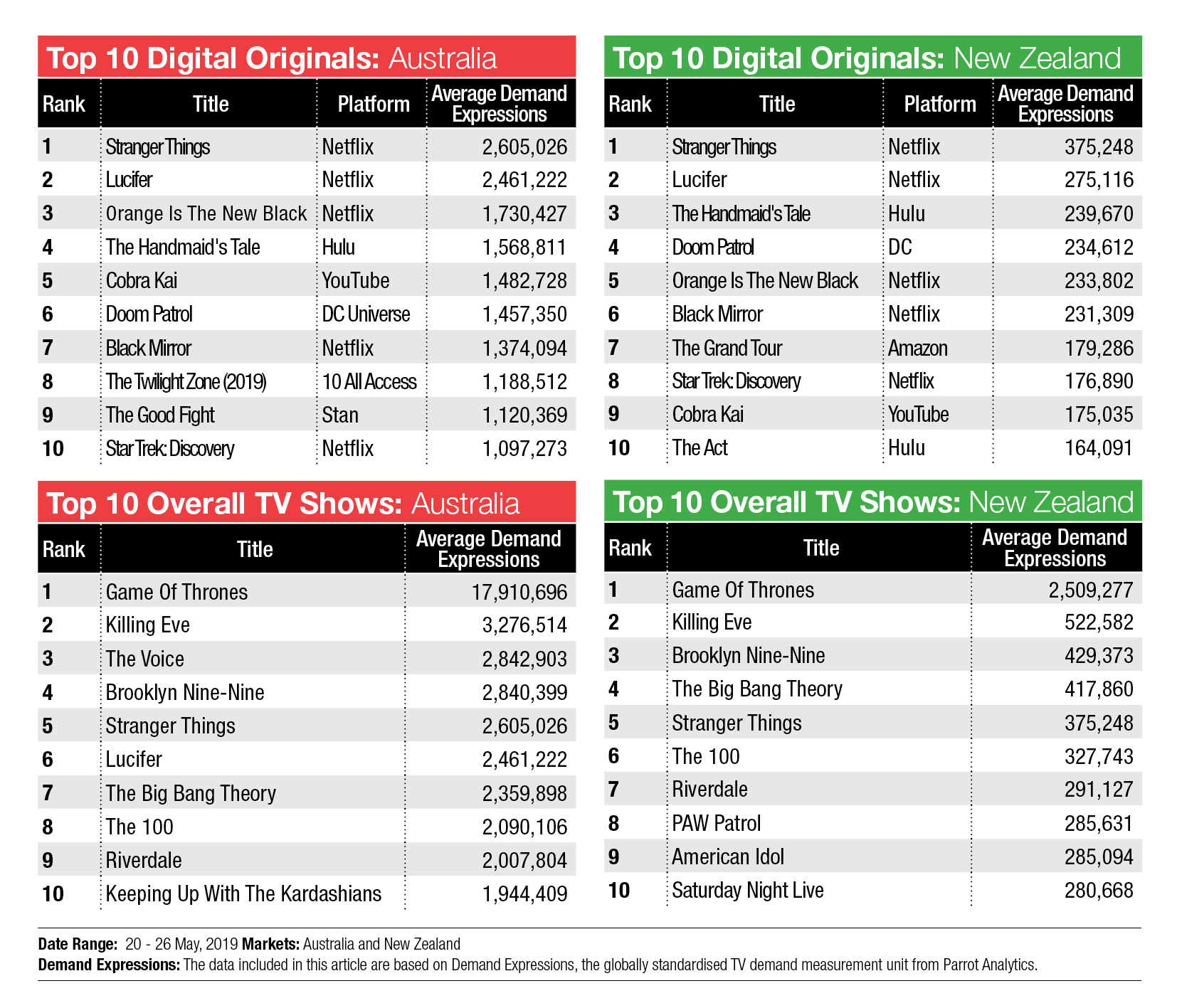