From TX to BA: A smooth transition for 10’s transmission 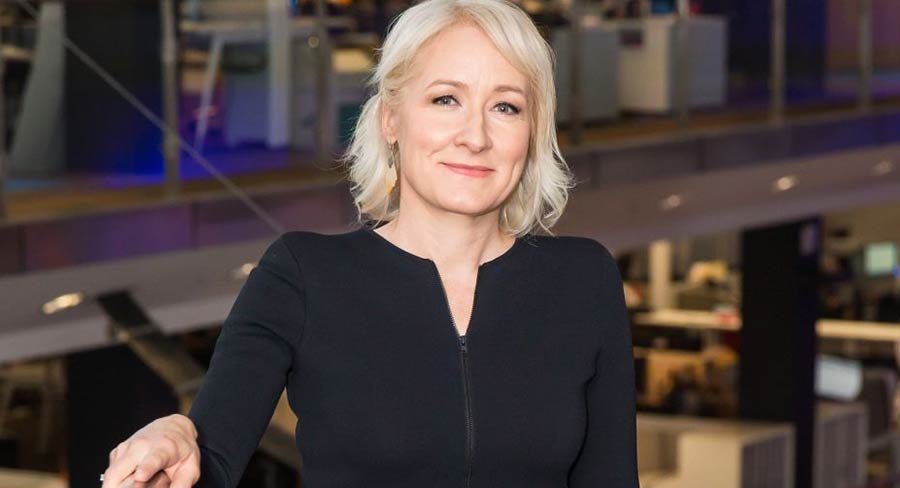 Network 10 and Broadcast Australia have announced a new agreement for the transmission of Network 10’s free-to-air broadcast channels: 10, 10 Bold, and 10 Peach.

Network 10’s chief operating officer Annabelle Herd said: “We’re very happy to be moving into the future with Broadcast Australia. This new agreement secures our transmission with an experienced and trusted partner dedicated to excellence and innovation. Like 10, Broadcast Australia is passionate about connecting people with great content and we look forward to developing our free-to-air terrestrial platform in partnership with them over the coming years.”

Broadcast Australia’s chief executive Peter Lambourne said: “At Broadcast Australia, we are honoured to be the transmission services provider of choice for Network 10. This partnership presents exciting opportunities for both organisations and ensures certainty of service, continuity and reliability for Australian audiences. This collaboration celebrates our shared commitment to connect all Australians and enrich our communities with information, entertainment and services. We are excited to embark on this journey with Network 10, one of Australia’s leading broadcasters.”

David Housego, one of the key players of the turnaround of Fairfax Media and the publisher’s $4 billion merger with Nine, has passed away with his family by his side on Tuesday morning, reports The AFR’s Max Mason.

Housego, 58, joined Fairfax as chief financial officer in December 2012, part of a core team put together to help transform the publisher’s cost base and business model in the wake of digital disruption.

Former Fairfax chief executive Greg Hywood said Housego was a fabulous person who possessed a mix of strong values and a wonderful, quirky sense of humour.

“His contribution to Fairfax Media was inestimable, he was integral to the company’s turnaround,” he said.

Former chairman Nick Falloon, on behalf of Fairfax’s board, said he was saddened to hear of Housego’s passing.

“We had huge respect for David and the massive contribution he made in the turnaround of Fairfax. We pass on our condolences to his wife Christine and his family.”

Nine chief executive Hugh Marks said Housego was widely respected within the company and across the industry.

“A highly intelligent, forthright and insightful man, who had a wicked sense of humour,” Marks said in an email to staff.

Rupert Murdoch’s sale of 21st Century Fox in March to The Walt Disney Corporation has sent his eldest son and daughter to the upper echelons of the Financial Review Rich List, marking the Murdoch family’s return to the club of Australia’s 200 wealthiest people after a seven-year hiatus, reports The AFR’s Michael Bailey.

Under the Disney deal each of Murdoch’s six children received 17 million Disney shares each. Combined with their other business and property interests, Lachlan Murdoch’s personal fortune is estimated at $3.6 billion, putting him in 18th spot. He debuted on the Rich List in 2011 but disappeared the following year on account of his disastrous investment in Network Ten.

Prudence MacLeod, who lived in Sydney for many years but recently relocated to London with husband Alasdair MacLeod, a long-time executive at Rupert Murdoch’s News Corporation, debuts at 22nd with an estimated fortune of $3.1 billion.

Radio’s $4 million-a-year man Alan Jones says it will be “business as usual” for at least another two years, after yesterday confirming a lucrative new deal with the network with which he has dominated the Sydney breakfast radio ratings for decades, reports The Australian’s Nick Tabakoff.

The Australian’s Media Diary yesterday broke the news online of Jones’s imminent deal with Macquarie Media, owner of 2GB, 3AW, 4BC and 6PR.

In an interview with The Australian late yesterday, Jones compared his own re-signing with Macquarie to the re-election of Scott Morrison, saying: “Like ScoMo, I just want to get back on the horse.”

Jones said he would hang on to his key staff, headed up by long-term senior producer Paul Christenson. “I’ve got a wonderful team; all up, they’ve been with me for a collective 135 years,” he said. “My staff don’t leave.”

Tony Horwitz, a Pulitzer Prize-winning reporter and best-selling author known for embedding himself in the worlds he wrote about, whether joining a slaughterhouse assembly line or an army of Confederate battlefield re-enactors, died on Monday in Washington. He was 60, reports The New York Times.

His wife, Sydney-born Geraldine Brooks, a Pulitzer Prize-winning novelist, said he had collapsed while walking in Chevy Chase, Md., and was declared dead at George Washington University Hospital. The cause has not yet been determined, she said.

Horwitz was on the staff of The Wall Street Journal when he won the 1995 Pulitzer for national reporting for his vivid accounts of grim working conditions in low-wage jobs, including those at garbage recycling and poultry processing plants. He later wrote for The New Yorker on the Middle East before amplifying his brand of participatory journalism in nonfiction books.

He was an education reporter for The Fort Wayne News-Sentinel in Indiana from 1983 to 1984 and a general assignment reporter for The Sydney Morning Herald in Australia from 1985 to 1987 before joining The Wall Street Journal in 1990 as a foreign correspondent in Europe and the Middle East.

Brooks worked as a reporter for The Sydney Morning Herald for three years as a feature writer with a special interest in environmental issues.

In 1982 she won the Greg Shackleton Australian News Correspondents scholarship to the journalism master’s program at Columbia University in New York City.

Horwitz and Brooks won the Overseas Press Club’s Hal Boyle Award in 1990 for their coverage of the Persian Gulf war.

“Last week I saw my cardiologist,” Horwitz wrote in The Times last month. “He told me I drink too much.”

Meredith announces sale of Sports Illustrated to ABG for US$110m 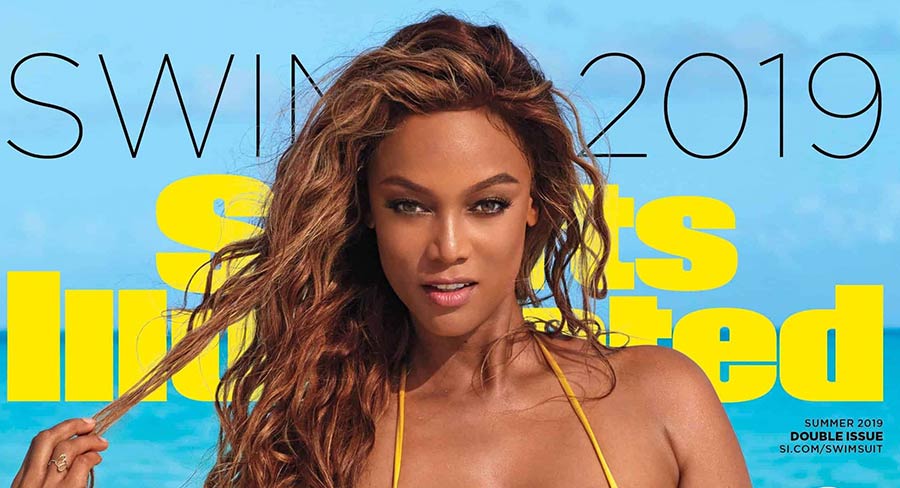 However the sale is for the intellectual property of the Sports Illustrated brand. Meredith will continue to publish the magazine and the SI.com website. It will pay the new owner of the brand a licensing fee for a minimum of two years.

ABG also acquires the rights to over two million iconic images as part of Sports Illustrated’s archive of owned photography.

ABG and Meredith said they are forming a strategic partnership to build a global media platform that encompasses print, digital, mobile, video, social and broadcast television.

In a statement revealing the sale, Meredith commented:

As the most-read sports magazine in the world, Sports Illustrated is an undisputed leader in journalism with a total audience of more than 120 million consumers. Its enterprise includes a fastest-growing top 10 sports website, storied print magazine, rising TV and digital platform, Emmy award-winning digital innovation and enduring franchises including Sports Illustrated Swimsuit and the nationally televised Sportsperson of the Year award ceremony. The print magazine has shaped the narrative around sports culture over the last six decades, publishing thousands of covers featuring the world’s most disruptive professional athletes including Michael Jordan, Muhammad Ali, Serena Williams and Tiger Woods, as well as influential sports teams, celebrities and political figures. 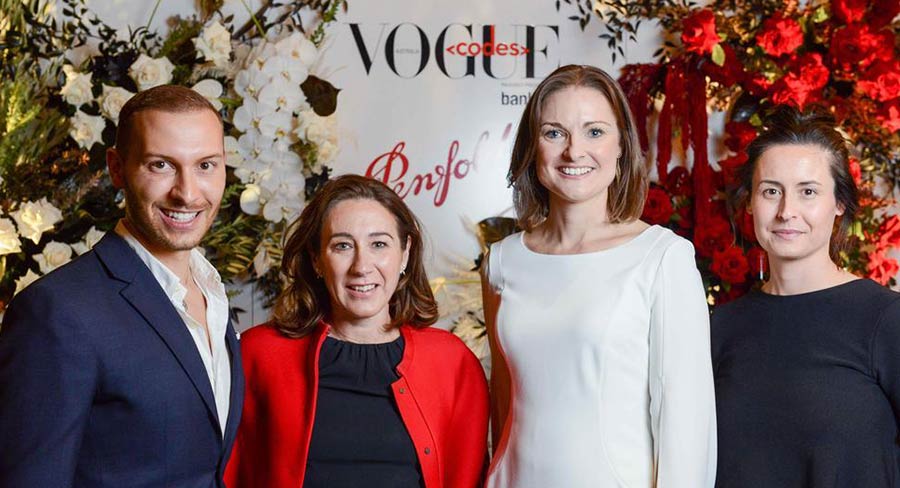 Trailblazing women, including pioneering winemaker Mary Penfold, have been honoured at an exclusive Vogue Codes dinner at the iconic South Australian winery she co-founded, reports The Advertiser’s Anna Vlach.

About 70 guests attended Tuesday night’s Visionary Women Dinner at Penfolds Magill Estate Cellar Door, for what was also a celebration of Penfolds’ 175th anniversary and the launch of its Tribute Range.

The dinner also marked the start of this year’s Vogue Codes national talk series founded by Vogue Australia in 2016 to encourage more women to seek careers in the technology industry, where they account for less than 30 per cent of the workforce.

“Penfolds’ heritage and the story of Mary Penfold who taught herself everything she knew about wine and grew Penfolds from a few vine clippings into a thriving business embodies everything we celebrate at Vogue and so many of the extraordinary women who speak at Vogue Codes each year,” she said.