Another week and once again Game of Thrones sits atop of the Overall TV charts in Australia and New Zealand although its average demand expressions continue to decline as it continues to drop back closer to the field after its series finale.

Although while last week was fairly static, this week sees some big movers emerge thanks to some new releases and finales in the Digital Original charts.

The biggest leap this week was by the Amazon six part mini-series Good Omens featuring the ensemble cast of  David Tennant, Michael Sheen, Adria Arjona, Miranda Richardson, Jack Whitehall, Jon Hamm, and Frances McDormand. The series is set in 2018 and follows the demon Crowley (David Tennant) and the angel Aziraphale (Michael Sheen), as they seek to prevent the coming of the Antichrist and Armageddon, after having grown fond of living on earth. This is the first time this year that an Amazon series has topped the Digital Original charts (Aus), thanks in part to the series airing its final episode last week. After not even charting last week, it not only finds itself at number one on the Digital Original charts but also in third place on the Overall TV charts in Australia. 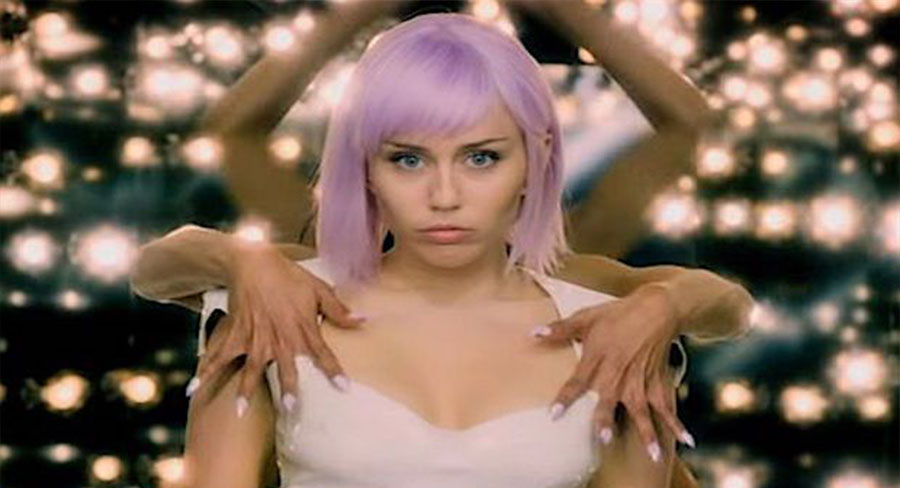 Black Mirror also had a big week after Netflix released season five moving up to number one on the Digital Original charts in NZ, and third spot on the NZ Overall TV charts. Based on anthology series such as The Twilight Zone, the series examines modern society and the consequences of new technologies. Season five produced three more standalone episodes and featured actors such as Anthony Mackie, Miley Cyrus, and Topher Grace.

The other noteworthy new entry to the Digital Original charts in both Aus and NZ in sixth spot is Netflix’s When They See Us which was released on May 28. The four-part miniseries is inspired by the 1989 Central Park jogger case and the lives of the suspects who were prosecuted and their families.

In a repeat of last week, the only Australian show to make the charts is The Voice which slid down to eight spot on the Overall TV Chart in Australia. 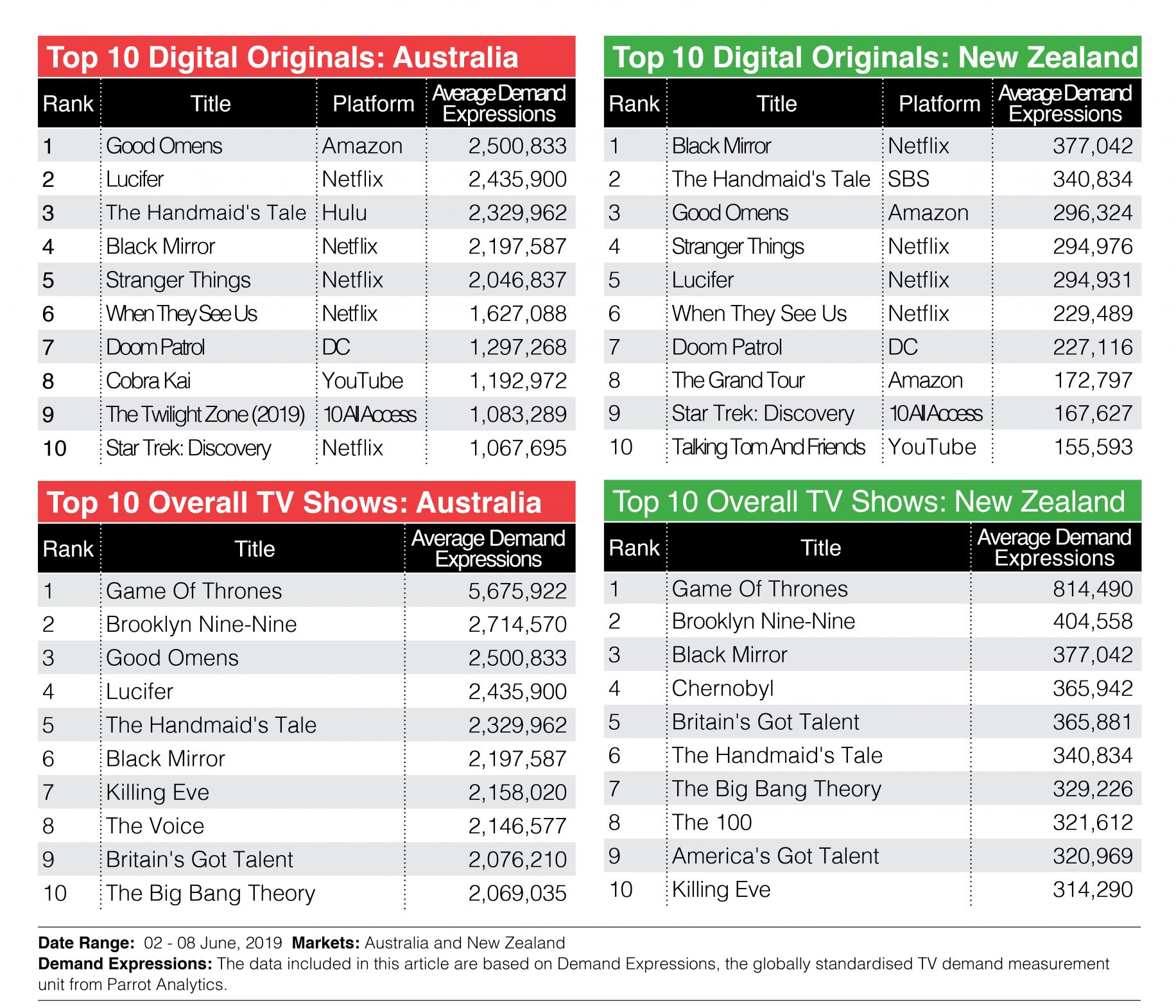