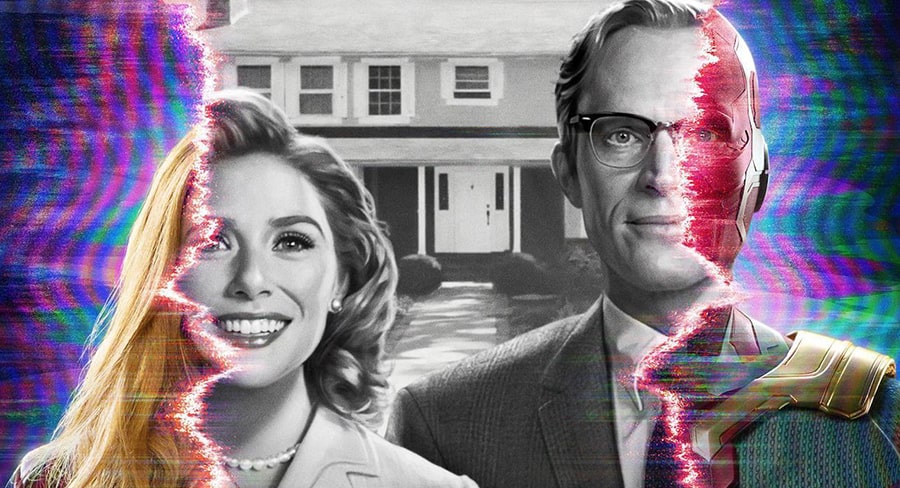 • WandaVision and The Mandalorian keep their first and second position

WandaVision continues to enjoy its time at the top of the charts this week, with the seventh episode being released. There are only two more episodes left in the season (and the series). That won’t be the end of WandaVision however, with Marvel Studios’ Assembled due to release its first episode a week after the finale of WandaVision.

Assembled is a new documentary series that will be aired on Disney+, taking a behind-the-scenes look at the shows and films of the Marvel universe. The first documentary episode will focus on WandaVision, and will feature actors Elizabeth Olsen, Paul Bettany, Teyonah Parris, and Kathryn Hahn, plus the show’s creative team.

The Mandalorian continues to sit tight in its second-place spot as well this week, sitting 36.3 points above the market average overall. Whilst the pre-production of a third season may have helped keep The Mandalorian at the top end of the charts since its season finale aired in December, it’s also a testament to the immense popularity and staying power of the Star Wars franchise.

Whilst Disney+ holds the first two positions comfortably on the Digital Originals charts, it’s also been a big week for Netflix. Cobra Kai did the best for Netflix, coming in at third, but the streaming platform also has The Crown in sixth, Stranger Things in seventh, Bridgerton in eighth, and Lucifer in ninth. With a total of five out of the ten spots going to Netflix shows, Disney+ may have the top spots but Netflix is dominating the charts. 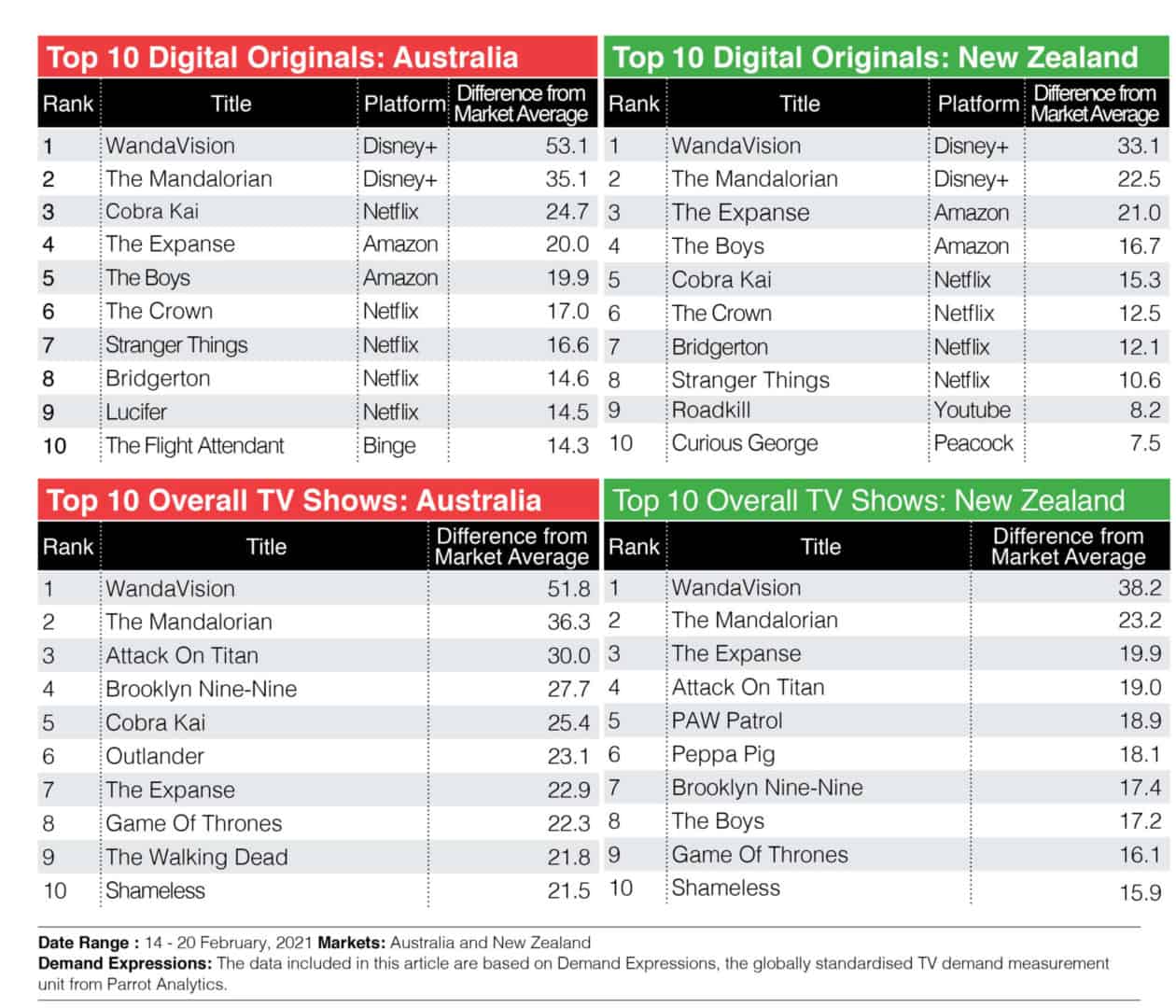