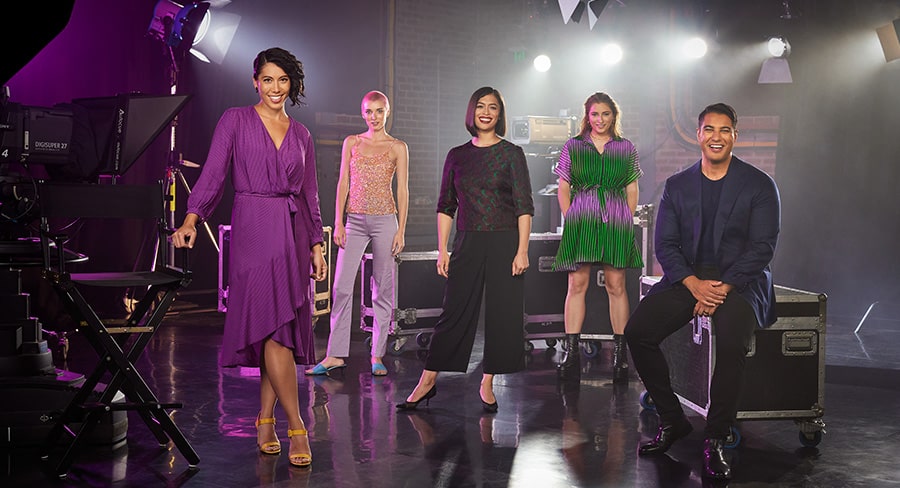 • The Point will air at 11.00pm after SBS World News Late

In 2021, Insight will continue to be Australia’s leading forum for powerful first-person stories and debate. As announced, journalist Kumi Taguchi will host the program and explore a wide range of topics this season including adult ADHD, favourite children, and class actions among many others.

Australia’s longest-running international current affairs show, Dateline, returns to explore global issues in a way that Australians can relate to – from the ongoing impact of Agent Orange in Vietnam to the dark world of online predators in the UK. The team of next-gen journalists at The Feed will serve up their unique mix of news, investigations, interviews, and satire this year.

NITV is thrilled to announce that this year The Point will be hosted by Shahni Wellington and John-Paul Janke. Shahni Wellington is a proud Jerrinja woman who first joined NITV as a political correspondent in 2019. In 2020, Shahni hosted The Point’s Black Lives Matter special, and most recently co-hosted Australia’s first ever Indigenous breakfast television program – Big Mob Brekky. The Point will air at 7.30pm Tuesdays on NITV and now be followed by an 11.00pm encore on SBS. The Point covers stories that matter most to communities across Australia and tackles issues impacting First Nations Australians today.

SBS Director of News and Current Affairs, Mandi Wicks, said: “2021 is shaping up to be another big year for news and SBS’s current affairs line up will help Australians understand the issues facing us all. New Insight host Kumi Taguchi brings enormous warmth and experience and we are looking forward to sharing many surprising and untold stories this year. We’re also delighted to welcome the world-class reporting of The Point to Tuesday nights.”

SBS Head of Indigenous News and Current Affairs, Rhanna Collins said: “The NITV team are beyond excited to launch The Point as a part of the SBS Tuesday night current affairs line up after its premiere on NITV. We want to thank Rachael Hocking for her passion in driving the program to where it is today and for telling so many stories from our communities with authenticity and grace over the past six years. We welcome Shahni Wellington as co-host alongside John Paul Janke. Shahni is an incredible journalist and storyteller and a credit to NITV and the show!”

In Kumi Taguchi’s first episode as host, Insight asks the question – what’s it like to get to your fifties and find out you’ve got ADHD? A range of adults from their twenties to fifties share with Insight what it was like to get that diagnosis, how things about their past fell into place, and how they used the diagnosis to change their lives for the better. They are joined by family who share the impact on them.

This is a story no parent can afford to miss. During global COVID-19 lockdowns police reported a huge increase in the number of people viewing and sharing child sexual abuse images online. In the 1990s there were 10,000 such images –  today there are more than 47 million. Evan Williams reports from the UK where the Government has pledged to become the safest place in the world for kids to use the internet. He meets the police officers, counsellors and investigators trying to stop the proliferation of abuse material, and he meets victims and perpetrators who bravely share their stories.

The Feed takes a deep dive into the murky world of social media influencers. In a wild experiment, journalist Calliste Weitenberg and producer Elise Potaka build a fake influencer persona to see if they can cash in on what’s now a $15 billion dollar industry. Documenting the process over six months, the series examines the rise of a new frontier in advertising, where influencers are paid or given contra to spruik products. Everyone is out to make a buck, but at what cost?

In late 2020, SBS began the search for the new host of Insight. Australia’s most respected journalists auditioned for the role … and so did Alex Lee. In this never-before-seen audition tape, Alex Lee shows what a venerated and respected show like Insight can become in the very wrong hands.