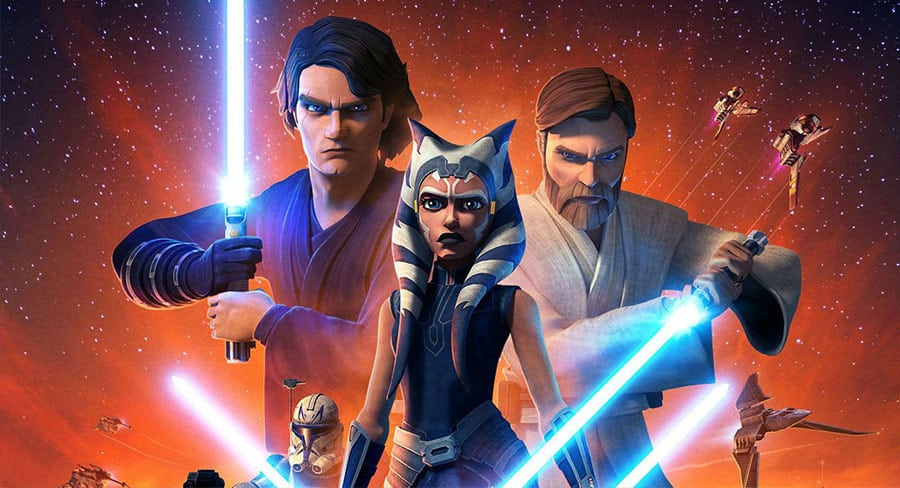 No new major shows have joined the TV Demand charts this week but there has been some shakeup at the top with two new #1s. The new shows are Star Wars: The Clone Wars which is the #1 Digital Original in Australia and Game of Thrones which is #1 in New Zealand.

Disney+ has had another show top the charts after the massive success of The Mandalorian and it is another product from the Star Wars catalogue with the franchise proving a winner for the new digital platform.

The seventh and final season of Star Wars: The Clone Wars was released on February 21, 2020. The series is set during the three years between the prequel films Episode II: Attack of the Clones and Episode III: Revenge of the Sith, with the finale coming up on May 4 also known as Star Wars day.

Game of Thrones is close to being one year away from its final ever episode but that hasn’t stopped the show from returning to #1 in New Zealand. The show dominated the first half of 2019 including 19 straight weeks on top of the chart thanks to the shows eighth and final season airing between April and May. During the six-episode season, the show consistently flirted with the 20 million threshold for demand expressions in Australia, and close to three million in NZ which were the highest marks for the year. HBO’s epic fantasy series took home the top honour of the Most In-Demand TV Series in the World, along with the trophy for Most In-Demand Drama Series in the World, for 2019 at the 2nd Annual Global TV Demand Awards.