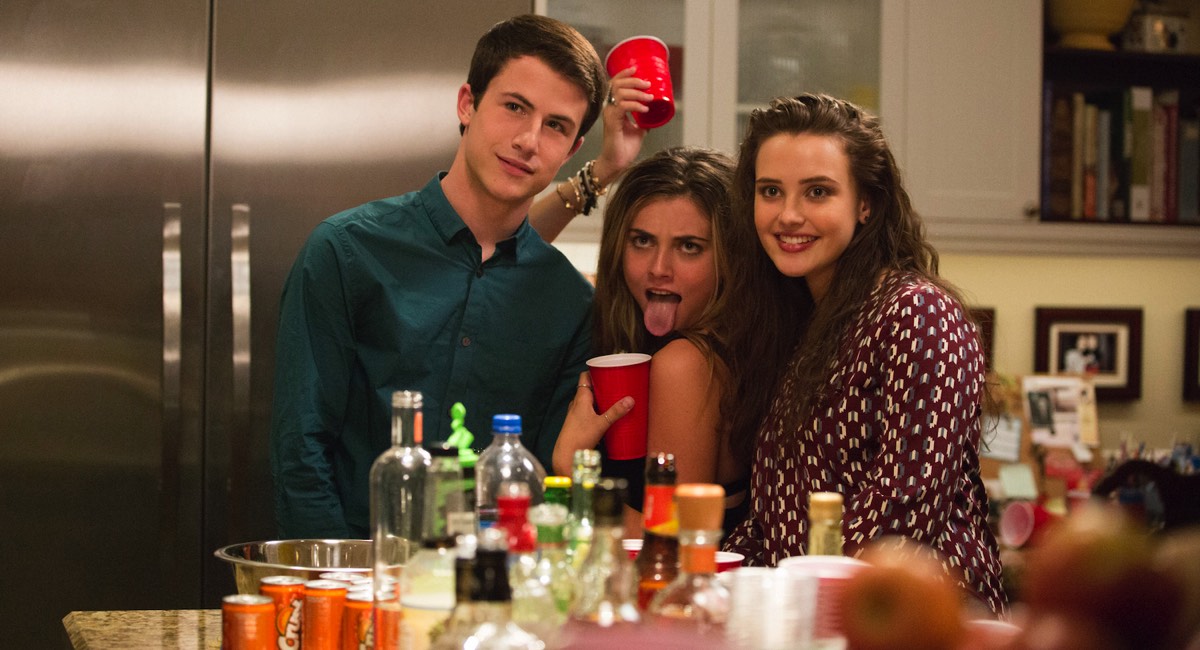 13 Reasons Why surges to the top of the charts

The Netflix series 13 Reasons Why has stormed to the top of the Audience Demand TV charts measuring the desire, engagement and consumption of content of all TV shows on all platforms.

13 Reasons Why, released on March 31 on the Netflix platform, jumped from #5 on the Digital Originals charts in Australia and New Zealand last week to top spot on both. The series also sits at #2 on the Overall TV Shows chart in both markets, trailing only The Walking Dead which continues to lead the chart following the final episode of season seven airing in the first week of April.

Baz Luhrmann also returned to the Digital Original charts in both markets with new episodes from the second half of the first season of The Get Down being released on Netflix.

Another recent Netflix release, season 11 of Trailer Park Boys, also made the charts this week, #10 in Australia and #4 in New Zealand.\ 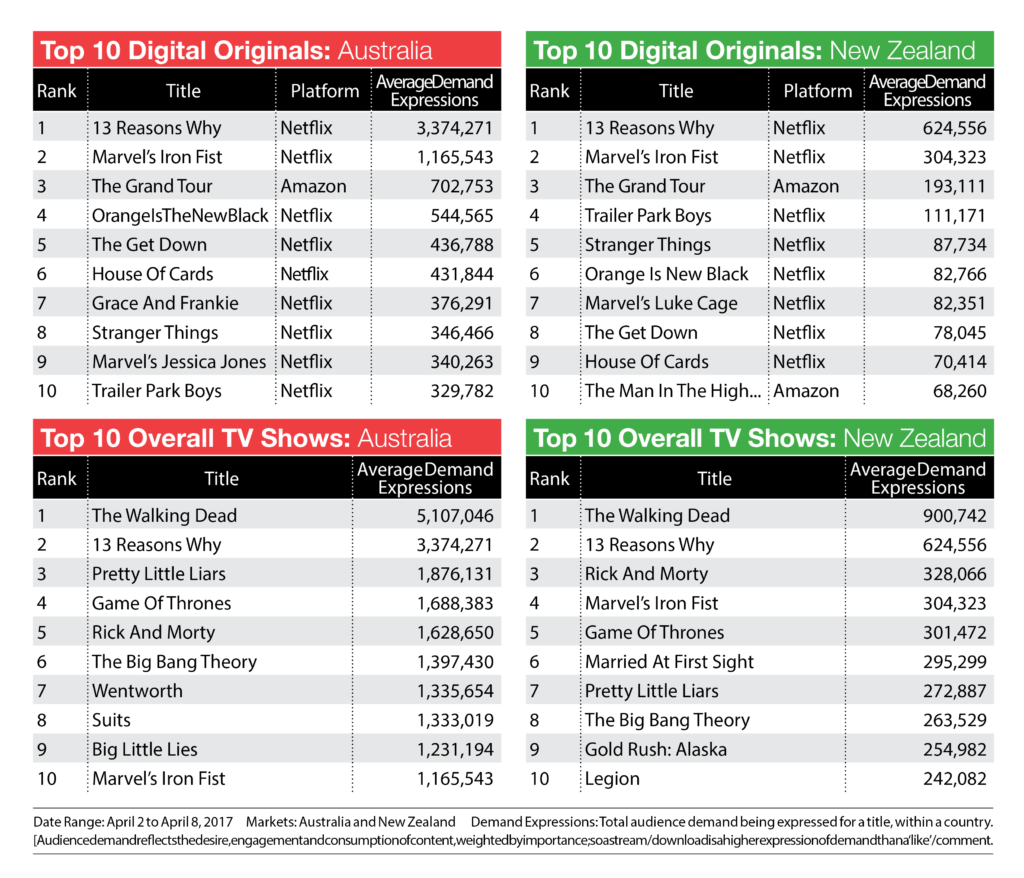