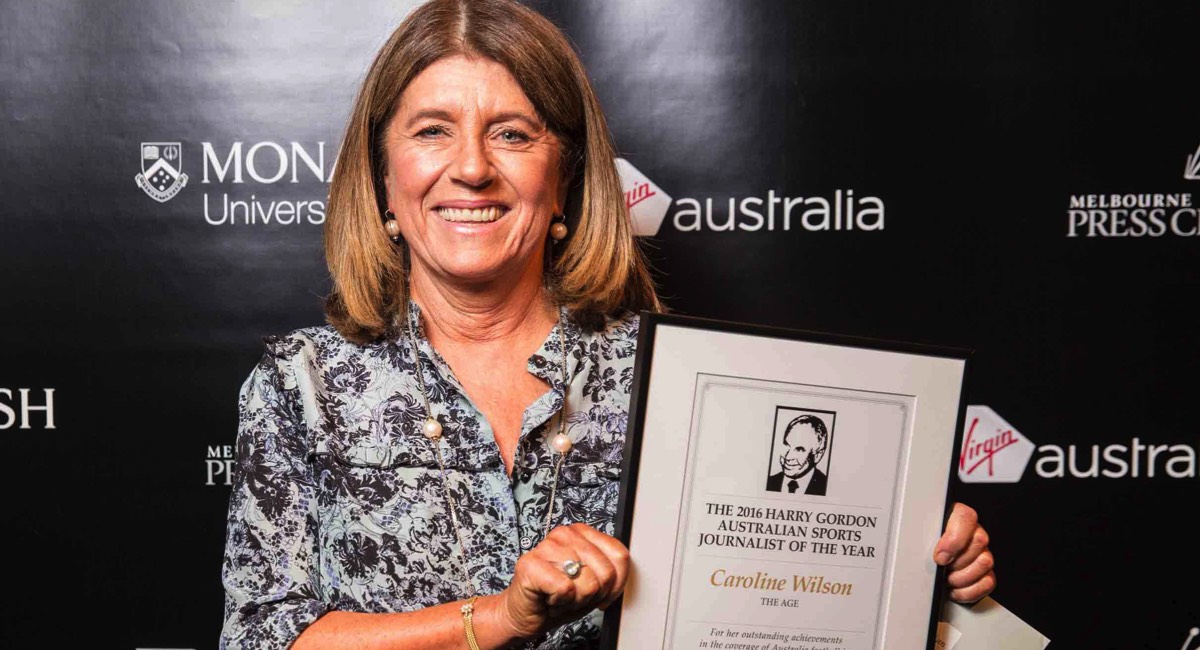 A feature in the current edition of Mediaweek magazine has caused two Melbourne broadcasters to call for an inquiry at The Age.

The feature is a Kruti Joshi interview with The Age’s Caroline Wilson where Wilson comments on the parody Twitter account that carries the name Caroline Wilson but has the handle @caro_whine.

Here is my interview with @MediaweekAUS where I address those fatuous “parody” accounts – https://t.co/ABrD2OxsWO

Asked if she was aware of the Caroline Wilson parody account, Wilson told Mediaweek: “I know. There have been a couple. I have shut down a couple of them. I’ve just given up now.

“Occasionally people will come up to me and say, ‘Whoa, girl, what was that you were saying?’ and I will have to explain to them that it wasn’t me.

“The person [who runs the parody account] seems to have an intimate knowledge of what is going at The Age sometimes so that is a bit of concern.”

Speaking about the interview on their weekly Sounding Board podcast, Nine’s Footy Show and Footy Classified host Craig Hutchison and Footy Show and Triple M and reporter Damian Barrett talked about the implications if the account was run by an insider.

“If somebody is mocking Caroline from inside The Age it is absolutely reprehensible and they should be stood down immediately,” said Hutchison. “If I was Alex Lavelle, the editor of The Age, and I read that, I would be launching a full scale investigation.”

Listen to The Sounding Board podcast here.