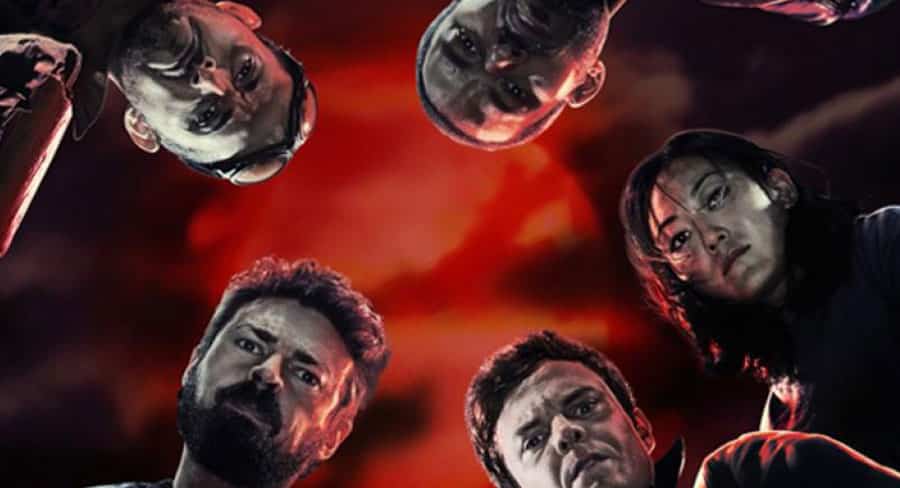 Stranger Things is once again on top of the TV Demand charts as its momentum from the release of season 3 last month on Netflix continues to push it the front of the pack.

Stranger Things isn’t the only universal selection as number two and three is the same for all four charts as well. In second spot is Orange is the New Black which released its final season on July 26 on Netflix. The seventh season follows Piper as she adjusts to life on the outside while struggling with being separated from her new wife, Alex, who remains behind bars, and will also follow inmates Daya, Nicky, Taystee, Crazy Eyes, Suzanne, Black Cindy and Red.

In third spot is Amazon original The Boys based on the comic book of the same name by Garth Ennis and Darick Robertson and developed for TV by Eric Kripke. The show follows a team of vigilantes as they fight back against superpowered people who abuse their abilities.

The Boys is set in a universe where superpowered people are recognised as heroes and owned by powerful corporation Vought International with most of the heroes being arrogant and corrupt. The series primarily focuses on the conflict between The Boys, a vigilante group opposed to corrupt superheroes, led by Billy Butcher (Karl Urban), who despises all superpowered people, and the Seven, Vought International’s premier superhero team, which is led by the egotistical and unstable Homelander (Antony Starr).

The story is taken from the 72 issues which ran from October 2006 – November 2012. The series premiered on July 26 with Amazon releasing all eight episodes of the first season. 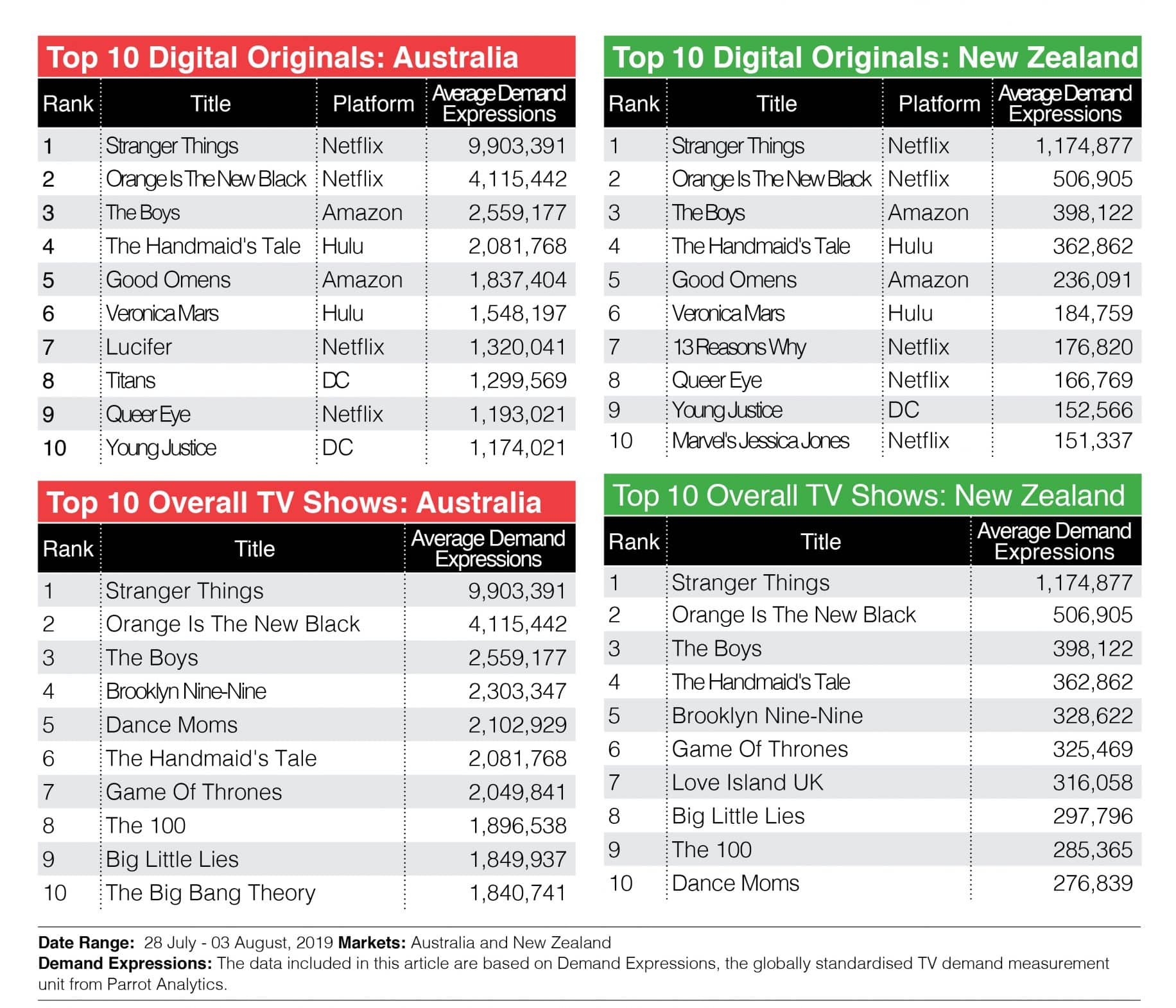