With the departure of Alan Jones from Nine Radio, the company took the opportunity to appoint a Brisbane-based breakfast at 4BC. Getting the breakfast job was newspaperman-turned-TV sports reporter Neil Breen.

The last local 4BC Brisbane breakfast show before Jones took over was in 2014 and hosted by Ian Skippen and Loretta Ryan who lasted just 12 months. 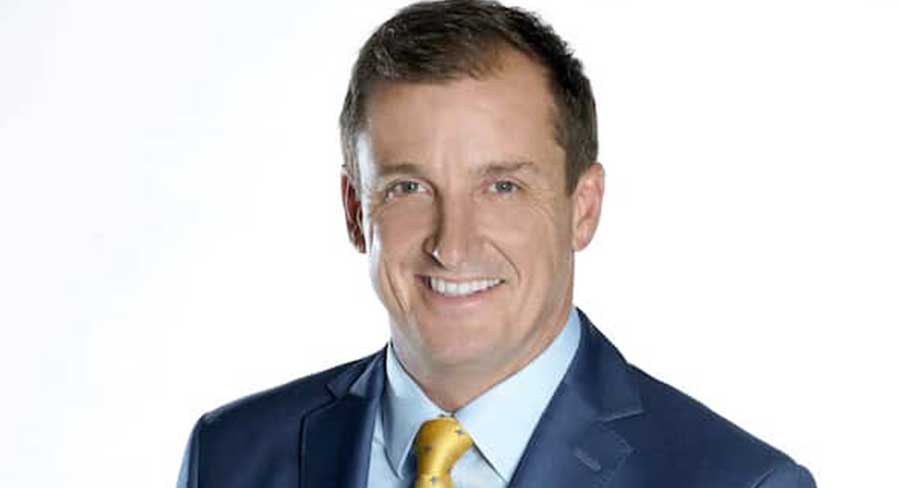 There has been a lot of moving chairs at Nine Radio since its creation last year due to Macquarie Media’s integration with Nine Entertainment Co. Maybe none more so than 4BC which has gone back to producing local Brisbane radio in its breakfast and drive slots.

Multi-award-winning journalist Neil Breen was the man chosen to turn 4BC breakfast local again after the retirement of Alan Jones who was broadcasting into 4BC from his studio at 2GB in Sydney.

Breen spoke with Mediaweek about his new role, replacing a radio icon, and starting a radio show in the midst of a pandemic in a state election year.

Jones, who had been producing his radio show for a dual Sydney and Brisbane audience since 2015, retired earlier this year and Breen said that it is difficult to follow such a legend in the hot seat.

The fact that Alan Jones produced such a unique show that was different from what Breen planned to produce meant that it took some time for his audience to adjust.

“Listening to Alan Jones was like putting on an old pair of Ugg boots in the middle of winter – it felt fantastic. Then all of a sudden there was this seismic change where you went from the comfortable demeanour of Alan and the familiarity with his audience to me doing a news and information show with sport, weather, traffic – the types of things that you would expect on a higher paced breakfast show.

“Alan took his audience along with him with his own style of pacing, and my style is going to have a bit more energy because of what we are trying to do with local news.”

This led to some negative reactions, but Breen said that he always respected the audiences right to an opinion good or bad.

“I received a torrent of emails saying ‘get this guy off! What has happened here?’, and I didn’t let it get to me after the first week or two as I understood Alan’s audience and had respect for his audience and respect for Alan. But then slowly over the coming weeks, the reaction began to change and people were saying that they were enjoying it.

“In the last three weeks, I have been overwhelmed by emails being very kind to me and they kind of drip feed in all day. I hadn’t had a ‘your useless, where is Alan?’ email for about two weeks and then all of a sudden I got a couple today!”

Breen is the definition of a Brisbane local being born in Royal Brisbane hospital going to school at Brisbane State High School and then the Queensland University of Technology. He did his cadetship at the Daily Sun afternoon newspaper before working at the Courier Mail. Breen moved to Sydney in 2003 to be sports editor of The Australian for a short spell and ended up being in Sydney for 17 years.

Breen said that he always wanted to come back to Brisbane where all his family is located and 4BC was the perfect opportunity that he didn’t expect to come up, even if his bedtime has changed from 9 pm to 8:30 pm.

The other thing that excites him about the role is the opportunity to bring the show back to a local Brisbane radio show, with there not being much about Brisbane that he doesn’t know.

“First, foremost, and forever it has to be a show about Brisbane.

“4BC is a very big brand in Brisbane but it had been let go a bit as a Brisbane radio station, that is not to disparage Alan and Ray Hadley and everyone who did an unbelievable job servicing Brisbane, but now that it is a Brisbane local show again that old 4BC audience has gone something is happening here.”

Breen commented that Brisbane is very parochial, and like State of Origin they always want to get one over Sydney

“They don’t want to be seen as the small-town northern cousins; they want to have their own place in Australia as Queenslanders.”

Breen said while privately Covid has been difficult due to his family staying in Sydney until the end of the school year (with border restrictions meaning he can’t visit them), professionally it has given him a lot of talking points.

“Professionally it was a gift from god because people are craving news and information about Covid – it is the biggest change in our lives probably since World War II. For us to launch a breakfast program in the middle of that gives us a natural program to go from.”

Breen admits the timing of his show was beneficial with the Queensland state election on October 21 giving him a 12-week lead in.

From parliament to 4BC: Scott Emerson on taking drive local 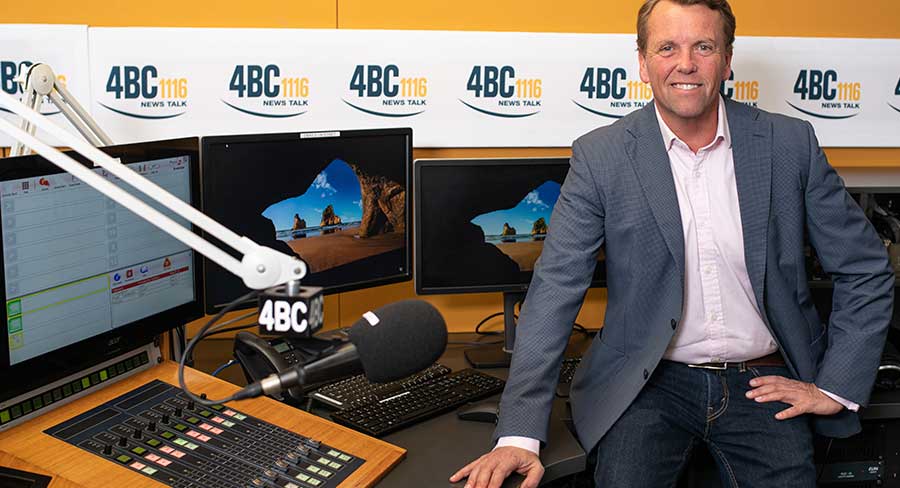 Following the decision from Nine Radio to make the 4BC breakfast and drive slots local again journalist and former MP Scott Emerson was named the new host of 4BC drive program.

Kicking his new show off last month Emerson spoke with Mediaweek about his new role, the importance of local radio in Queensland and the topsy turvy journey he took to 4BC.

“Going from journo to pollie back to journo was like going from poacher to gamekeeper back to poacher again.”

Emerson has strong ties to the maroon state having started his career in radio with the ABC where he helped the public broadcaster launch triple j in Queensland and also worked for the AM and PM programs for current affairs in the northern state.

Emerson then spent 10 years in print with The Australian as bureau chief for Queensland and chief of staff for the Olympics.

From 2009-2017 Emerson left journalism and began a new career in state politics winning the seat of Indooroopilly at the 2009 state election. He would go on to win re-election two more times and enjoy a stint as Transport and Main Roads Minister in the Liberal Party.

Although Emerson described the end to his political career as a more of a one-sided decision he returned to journalism through Sky News before he saw that Nine wanted to take 4BC local again.

“I didn’t leave politics so much as politics left me when I didn’t win the seat I contested.

“I saw when Nine purchased 4BC that it was very keen for the station to become local again and I loved my time in this city so all the stars aligned and it is just wonderful to be here.”

With Nine Radio making the decision to return the breakfast and drive programs back to Brisbane local shows, Emerson said that the Queensland audience has a desire for local content from the weather to big breaking stories.

“I think people really resonate with very good presenters and shows like Ray Hadley’s and Deb Knight’s programs which are in both NSW and Queensland. With Neil Breen and myself, people also like to have their local programs to talk about what’s happening on the ground in their local area.”

Always a journalist at heart, it did not take Emerson long to break a few stories at 4BC such as the Queensland ALP cash for access story and allegations of mass cheating at the University of Queensland.

“The programs I am trying to put out are very pacey and news based with strong interviews and we want to break some news.

“We had already broken a couple of stories in our first week and I think people appreciate having local voices bookending the programs.

“I want people to know that when they tune in to 4BC Brisbane that they will hear news like nowhere else and hear everything they need to know about the city that they love.”

Emerson also believes that his experience behind the scenes in politics provides his show with a different perspective.

“I know where the bodies are buried, I know the questions the politicians don’t want to be asked because I have been on both sides.”

Taking the job during a pandemic

Launching a radio show during a pandemic was always going to be a unique experience and Emerson believes that this can lead to change.

“The world is changing at the moment so there isn’t any reason why I shouldn’t be having a bit of a change and joining 4BC.

“People are maybe changing their listening habits at the moment and it’s a great time to be getting out there now as people are open to changing to how they listen and who they listen to and I want to be a part of that change.”