No changes to the top two games in this week’s video game retail sales chart, with Days Gone holding firm in the number one spot – despite a lukewarm critical reception – and Mortal Kombat 11 sitting right behind it. While Mortal Kombat reviewed well, NetherRealm, the studio behind the game, has recently been accused of having a toxic work environment by current and former employees. This is far from being an isolated incident in the world of game development, with Riot Games – the company behind the hugely popular League of Legends – being another recent high profile example of a studio under fire, in this case for gender discrimination and harassment, among other things. Riot employees even staged a walkout earlier this month. Hopefully bringing these issues into the light results in positive changes.

The rest of the top ten for the week is largely made up of familiar faces, and indeed, there’s probably not going to be a great deal of change across this relatively quiet month. The biggest releases ahead of us in May are probably Rage 2 (May 14), Team Sonic Racing (May 21), Total War: Three Kingdoms (May 23) and Cricket 19 (May 28). 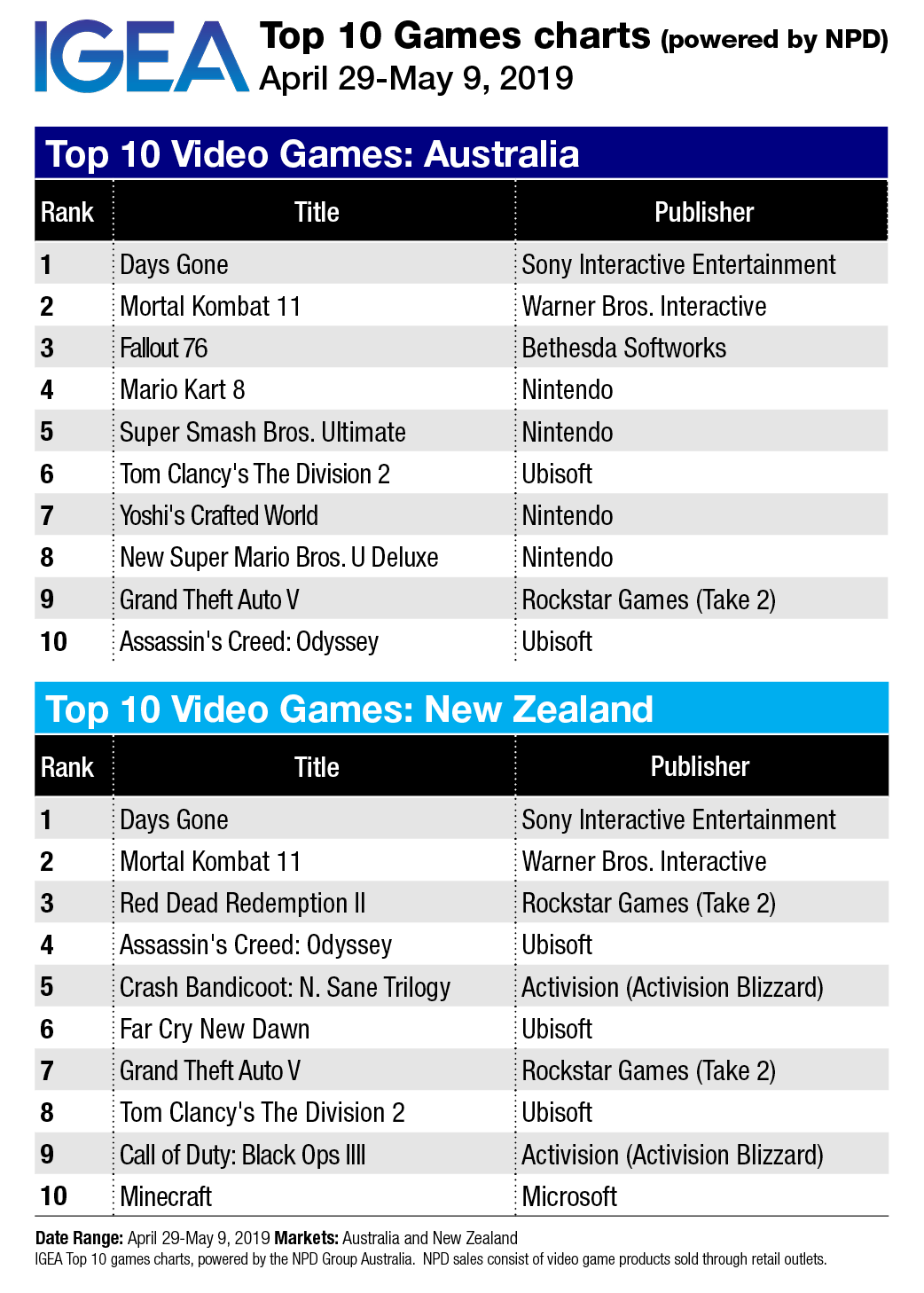