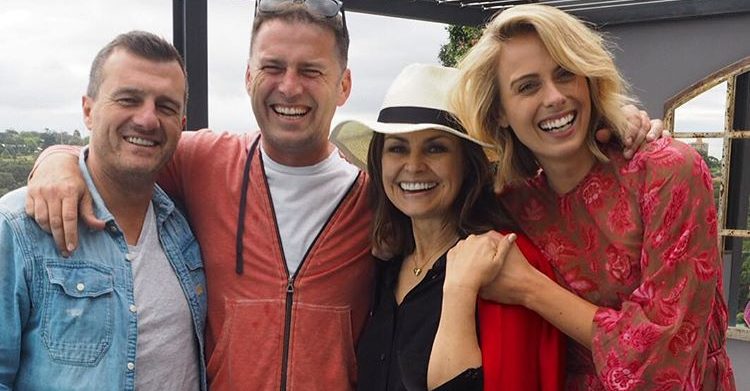 On Saturday Nine claimed that its breakfast show Today had regained its crown as “Australia’s favourite breakfast program”.

With 40 weeks in the official ratings calendar, Nine has calculated that Today has won 21 weeks out of the 35 weeks so far this year across the five mainland capitals, putting it in an unbeatable position and awarding it a five city metro ratings victory for 2016.

Nine noted it is the first time that Today has won the yearly breakfast battle across five city metro since 2003.

Seven countered almost immediately on the weekend to dispute the claim, noting that Sunrise continues to draw bigger audiences across Australia.

Weekend Today is also on the cusp of claiming ratings supremacy over Weekend Sunrise. Weekend Today has so far won 20 weekends in 2016. A win this weekend will see it win the yearly weekend breakfast battle for the first time ever.

“We still appear to be leading in metro markets,” noted a Seven spokesperson. “Nine included London Olympics in their analysis of breakfast in 2012,” they added.

Seven used national audience numbers (metro + regional ratings) to report that Sunrise had won 42 of 43 weeks overall so far in 2016. Sunrise had also won 34 of 35 weeks of the survey year, and if the Olympics are to be excluded, then Sunrise had still won 32 of 33 weeks.

Seven further noted that in terms of total audience, metro + regional, Today was averaging just under 480,000 on weekdays while Sunrise was close to 540,000.

Darren Wick, director of news and current affairs for the Nine Network:

“Every single day, the Today team – both on-air and behind the scenes – sets out to deliver a show that our viewers will find informative and entertaining. We’re thrilled that so many Australians are liking what we do and tune in to watch Today every morning.

“My personal congratulations and admiration go to our hosts Lisa Wilkinson and Karl Stefanovic, along with the best team at breakfast – Sylvia Jeffreys, Tim Gilbert, Dickie Wilkins, Steve Jacobs and Ross Greenwood, along with all our friends and colleagues who contribute to make it a great show on-air.

“Behind the scenes is an outstanding team of talented producers, camera crews and studio production staff. A special thanks to Today executive producer Mark Calvert. No one has worked harder or smarter in achieving this wonderful result.”

Mark Calvert, executive producer of Today, said: “It’s so incredibly humbling to think how many people wake up with Today. We do it for our amazing viewers, and we’ll keep on working hard to inform and entertain all of Australia.”