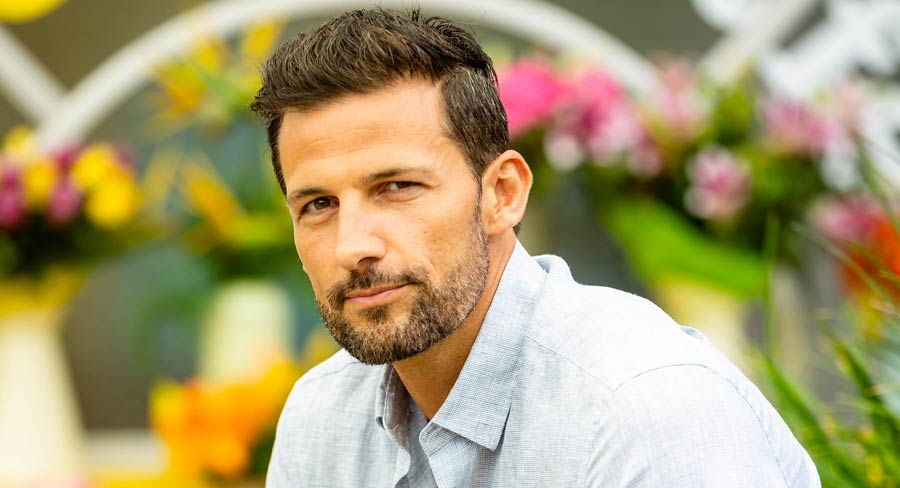 Robards will become a permanent fixture on the Erinsborough scene.

Network 10 has announced Tim Robards is returning to Ramsay Street.

Not only will Tim reprise his role as wealthy hotelier Pierce Greyson, this super striking, super suave bachelor will also become a permanent fixture on the Erinsborough scene. And believe us, temperatures are set to soar.

Having initially rolled into town under the guise of investing in Erinsborough’s coveted Lassiters complex, Pierce got more than he bargained for when he found himself falling head over heels for Ramsay Street’s resident bombshell, Chloe Brennan (April Rose Pengilly).

As most modern love stories and Taylor Swift ballads go, Pierce and Chloe’s relationship got very messy and very complicated very quickly. And that’s before we mention that a lot has changed since Pierce departed town. So strap yourselves in – this homecoming is going to be far from red roses, boxed chocolates and singing telegrams.

On his return to Australia’s longest running drama, Tim Robards said: “I am super excited to be returning to Neighbours full time…it means I didn’t totally crash and burn my first major acting role!

“When I started on set, the first few weeks were like the first few seconds of jumping out of a plane… you forget to breathe while everything is coming at you 100 miles an hour. But then I settled in and really started to enjoy it, but it flew by so quickly. I can’t wait to be back on set at Ramsay Street with the amazing cast and really sink my teeth into the character of Pierce,” said Robards.

“Commuting back and forth to Melbourne and Sydney isn’t going to be easy but I have the most supportive wife in Anna and we both are fully committed to supporting each other’s careers.”

Robards will appear back on Australian television screens from late May, 2019.