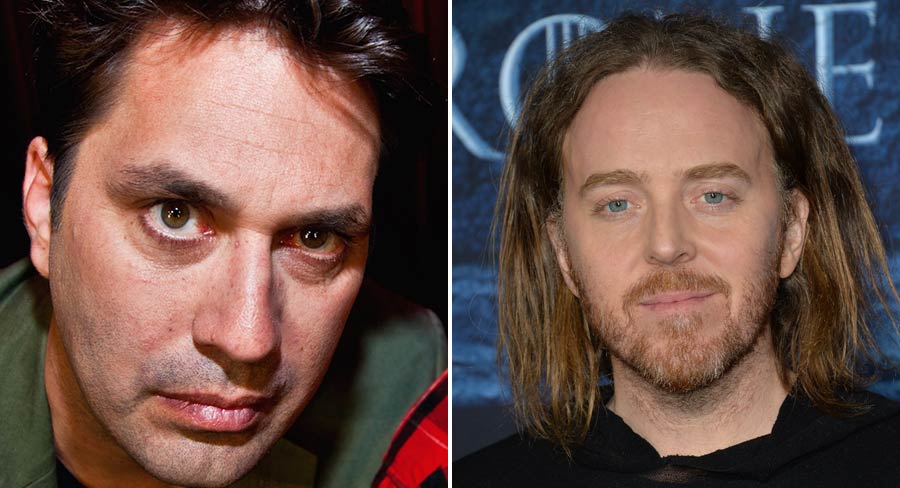 Production will begin in South Australia and Western Australia in October.

The team behind Upright includes the creator Chris Taylor, best known as a member of The Chaser team. Taylor and Minchin are writing the eight-part series alongside award-winning writer-actors Kate Mulvany (Fighting Season, Jasper Jones stage play) and Leon Ford (Offspring, No Activity).

The director is Matthew Saville (Please Like Me). Minchin will also write the music and is executive producer with Penny Win and Helen Bowden. Producers are Lingo Pictures’ Jason Stephens, Chris Taylor and Melissa Kelly (Hounds of Love).

The series will be made in association with the South Australian Film Corporation. Screenwest and Create NSW are also investors.

Upright tells the story of two misfits, thrown together by chance in the middle of the Australian desert, who forge the unlikeliest of bonds in their quest to get a precious piano from one side of the country to the other.

Lucky Flynn (Minchin) hasn’t spoken to his family in years. He’s broke, distant and damaged. He’s also a gifted pianist, whose talent for music is matched only by his talent for self-destruction. When he learns that his mother has only days left to live, Lucky sets off in a hire car to drive the 4,000 kilometres from Sydney to Perth to say goodbye to her, taking with him his only cherished possession in the world – a battered and scarred upright piano. But what should have been a straightforward drive across the Nullarbor soon becomes a test of Lucky’s emotional fitness, when he (quite literally) runs into Meg (Milly Alcock), a hilarious, tough-as-nails teenager, who we soon discover has plenty of scars and secrets of her own.

Production will begin in South Australia and Western Australia in October.

Foxtel’s head of drama Penny Win said: “As part of Foxtel’s commitment to telling great Australian stories, we are delighted to be able to bring this wonderful adventure to the screen. We look forward to working with Tim Minchin and Lingo Pictures on what will be a wonderful showcase of Aussie talent.”

Screen Australia’s Head of Production Sally Caplan said: “Foxtel has proven its commitment to the production of premium Australian drama with Wentworth, The Kettering Incident and most recently the iconic Picnic at Hanging Rock, which has had fantastic success locally and with international sales.

Tim Minchin said: “From the moment I heard about the idea for Upright, I knew it was the show I’d been waiting to make. I like stories that make me laugh and think and cry, I adore the landscapes of outback Australia, and I love music, and homecomings, and characters full of flaws. It’s awesome to be writing with this extraordinary team, and I’m looking forward to acting alongside Milly Alcock, who I think is a really special talent.”

Jason Stephens, Lingo Pictures, said: “There are not many shows I’ve enjoyed developing as much as Upright. It’s been a joy having Tim back home and working with our talented team of writers scripting this beautiful and funny show. Matt Saville’s direction always delivers something special so I can’t wait to start shooting and bringing this story to the Foxtel and Sky audiences.”