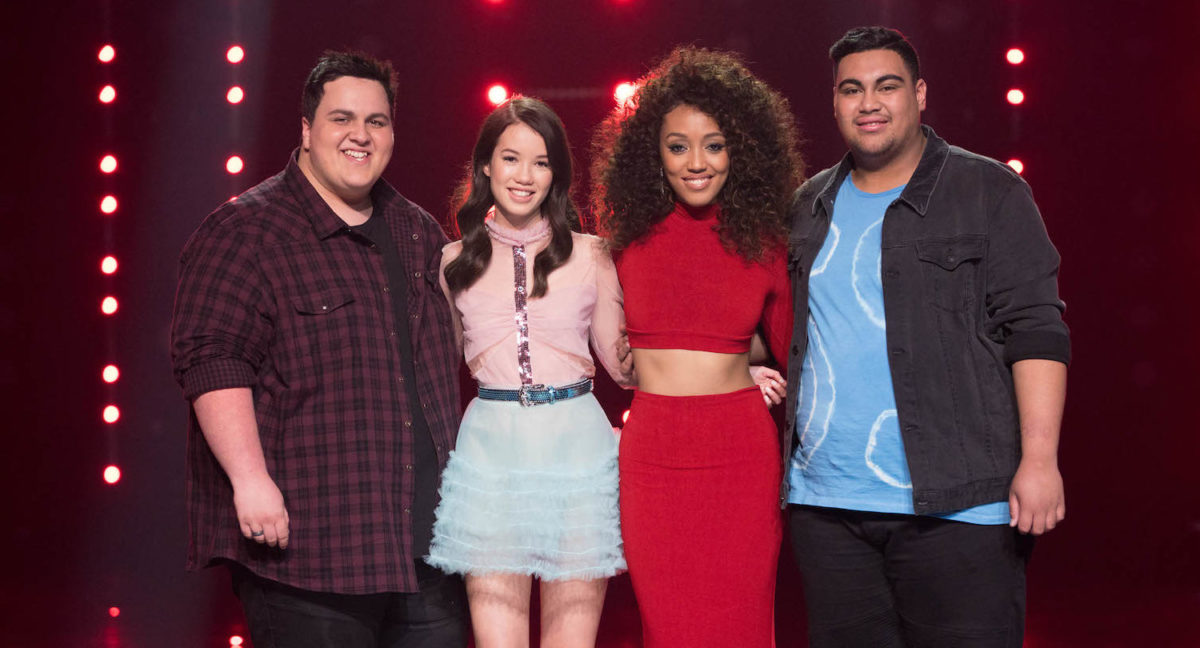 On Sunday’s Semi Final for The Voice 2017, the final four artists who will take the stage at the Grand Finale were set. Entering the final stage of the competition are Judah Kelly, Fasika Ayallew, Hoseah Partsch and Lucy Sugerman.

They will prepare to perform one last time next Sunday, July 2 at 7pm on Channel Nine, in their journey to be crowned winner of The Voice 2017, taking home $100,000 in cash and a coveted recording contract with Universal Music Australia.

Leaving the competition were Sarah Stone, Rennie Adams, Berni Harrison and Spencer Jones, as the Semi Final recorded more votes than any other episode in the history of The Voice Australia.

Because of the guest stars and the calibre of the finalists, Nine has labelled the Grand Finale the biggest show in The Voice Australia history, as the final four are joined by their coaches for a series of unforgettable duets, as well as the biggest superstar lineup to date. Katy Perry, Niall Horan and Noah Cyrus all take the stage with live performances in a night of must-see TV.

Katy Perry is one of the best-selling musical artists of all time, having sold over 100 million records, while also winning countless music awards. She will take to The Voice stage to perform her new viral sensation “Swish Swish” – along with one other special surprise for fans. Perry will perform for Australian viewers just seven days after performing at the UK’s legendary Glastonbury Festival.

Niall Horan is a member of one of the biggest boy bands of all time, One Direction. He joins The Voice stage to perform his second solo single, “Slow Hands”.

Noah Cyrus has proven that she is a star just like her older sister Miley, after stringing together consecutive hit singles. She takes to the stage this Sunday to perform her latest single “I’m Stuck”.

The remaining teams and Top Four on The Voice:
Team Delta
Judah Kelly

The artist who is crowned the winner of The Voice 2017 will receive the grand prize of a recording contract with Universal Music Australia and $100,000 in cash.

The Voice Australia is shot at Fox Studios in Sydney and is produced by ITV Studios for the Nine Network.