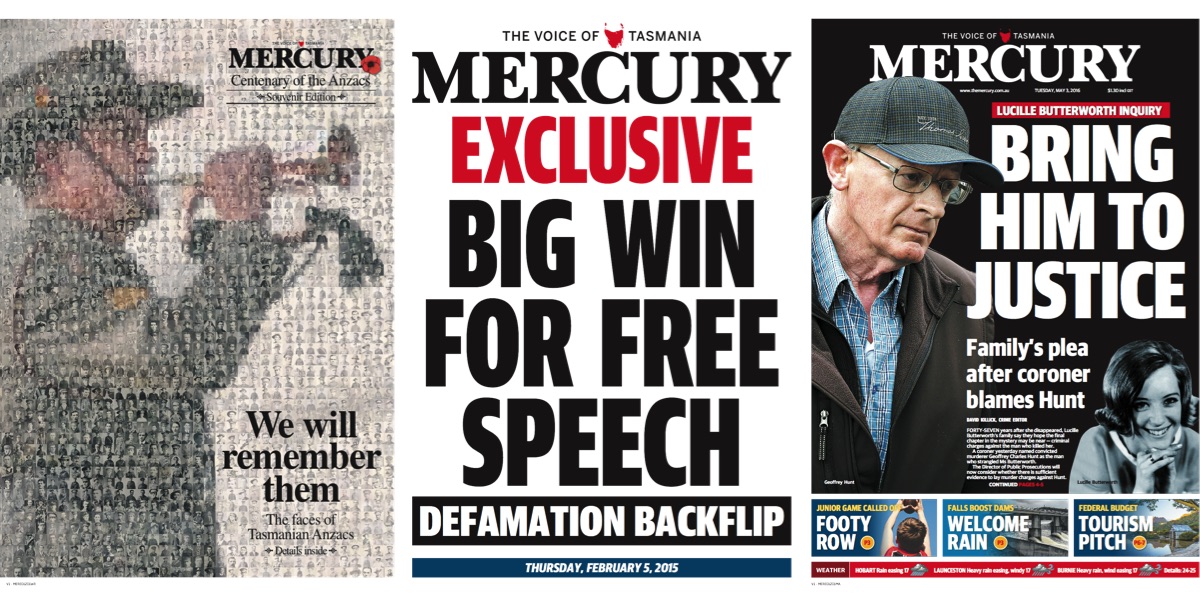 Tasmanians and the state’s only metro paper The Mercury are very parochial and conservative, editor Matt Deighton told Mediaweek.

“Not conservative in a political sense,” Deighton followed up quickly. “But, I am not too sure if NT News-like headlines would fly here,” he laughed.

In a state with a population of half a million it is a huge achievement for three print products to sustain themselves, he pointed out.

“You have three centres in Tasmania: Hobart, which the heartland of The Mercury, Launceston, which is The Examiner territory, and Burnie, which has The Advocate.

“A population of 500,000 that can sustain three daily newspapers is not a usual case.

“The Mercury’s circulation is among the strongest in the country. This suggests that Tasmania has a strong print audience. However, like everywhere, there is a shift towards online.” 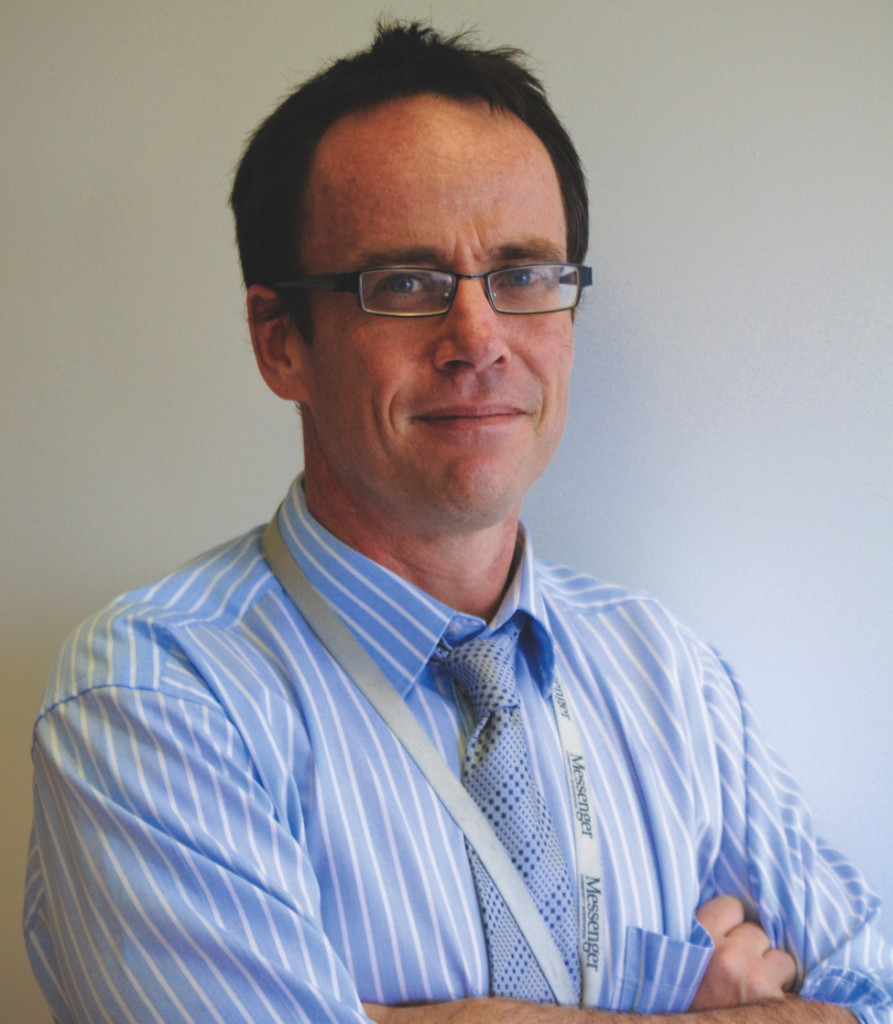 While there is no escaping this shift, the state’s ageing population means that print isn’t going anywhere, Deighton remarked.

“It’s one of two things. Either we are really slow down here, or people really love their newspapers.

“The shift from print to digital is certainly slower here than elsewhere, but we are kidding ourselves if we don’t think it’s going to come.

“The challenge is to protect our really strong brand, while also preparing for the inevitable transfer to digital.”

In terms of how this is impacting on advertising spending in the state, Deighton said: “There is nowhere in the world where money is not going from print to online. That’s the fact. But it’s happening more slowly in Tasmania.”

The benefit of this slow transition for Deighton as an editor is that he can spend more time in perfecting The Mercury’s presence online while the majority of the eyeballs in the state are still on its print product. On the flip side, Deighton said, the challenge is to ensure that the quality of the brand’s content is maintained across all of its digital platforms: website and social. 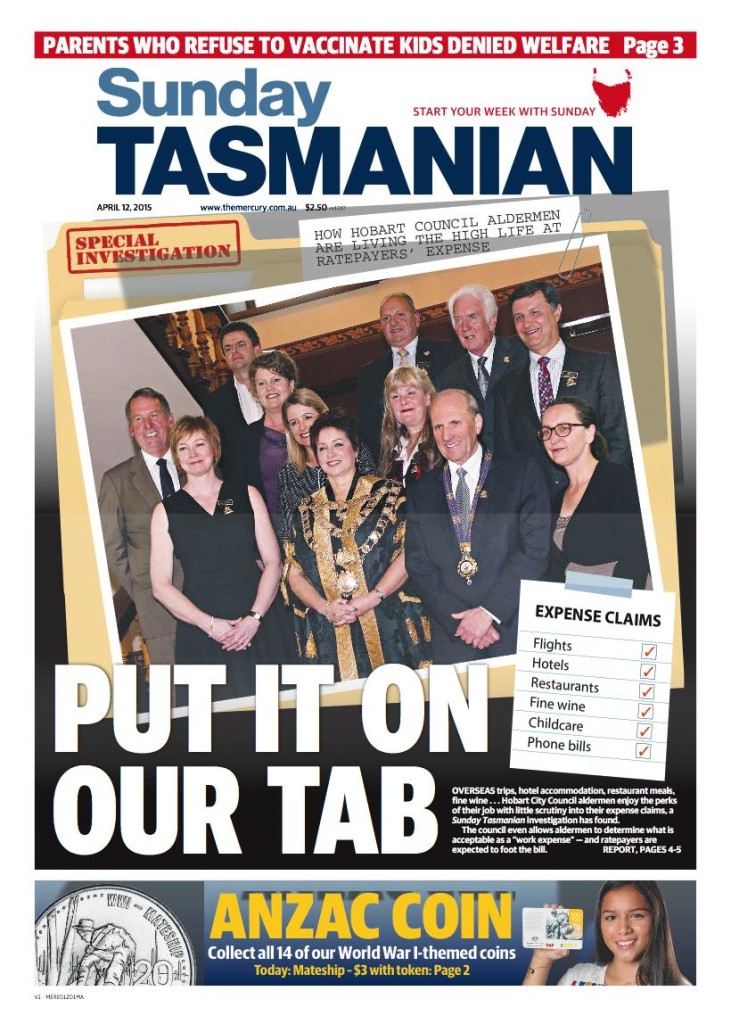 The company’s subscription model for print is one of its biggest sources of revenue, Deighton revealed.

“We are not in the whims of the daily market as much as some areas. A lot of our readers are subscribers, so they get their Mercury day in, day out, no matter what. We are more secure than some of the mastheads around the country in that our base is solidly crafted around the subscription model.”

When it comes to bringing in money from online, unlike many News Corp publications around Australia, The Mercury does not have a paywall system set up.

“That discussion has been happening nationally about what paywalls happen, where and when. We are waiting to see if we need to introduce one down here or not. I am sure it’s a discussion that won’t go away,” Deighton stated.

“Certainly, at the moment, it isn’t something that is going to happen next week. For us to do that, it’d take a lot of time and planning to make sure we get it right.”

When it comes to the fight for eyeballs online, Deighton identified ABC News as The Mercury’s main competitor.

“It’s like competition in any market. We’ve got a newspaper, which is the newspaper for the city, and then a separate battle with the ABC for eyeballs online.

“We have a business to run so our strategy is to break as much news as we can that no one else as, and to be as local as we possibly can. It’s really simple as that. If we do that day in and day out, we can’t worry too much about what others are doing.

“Our strategy is to be local, parochial, and break stories that no one else has.”