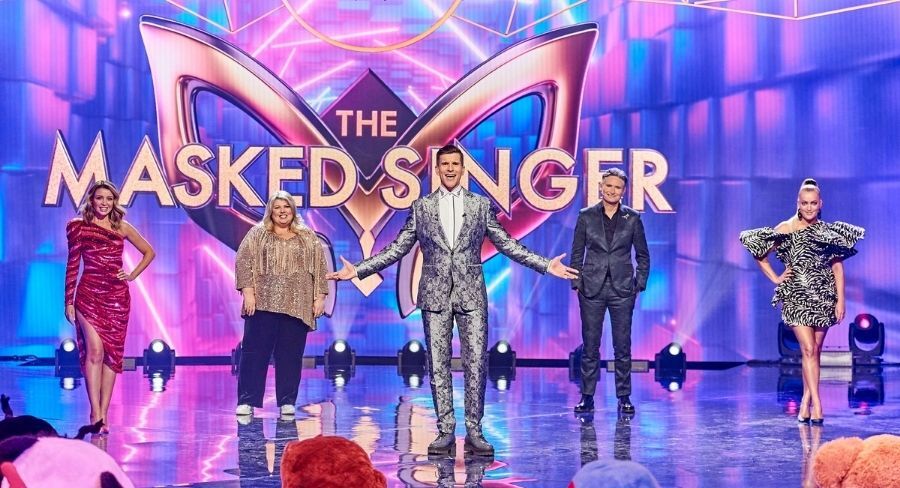 The final mask has been lifted, the final song sung, and Network 10 reports the verdict is in: the second season of The Masked Singer Australia was a smash hit.

Over the past five weeks, the most colourful and entertaining show on television intrigued and captivated the nation, right up to the moment Bushranger was revealed as Bonnie Anderson and revealed as the winner.

Hosted by Osher Günsberg and starring Jackie O, Dave Hughes, Dannii Minogue and Urzila Carlson as the guessing panel, the 2020 season of The Masked Singer Australia consistently beat all challengers, ranking #1 in its timeslot and #1 in under 50s and all key age groups (25 to 54s, 16 to 39s and 18 to 49s). 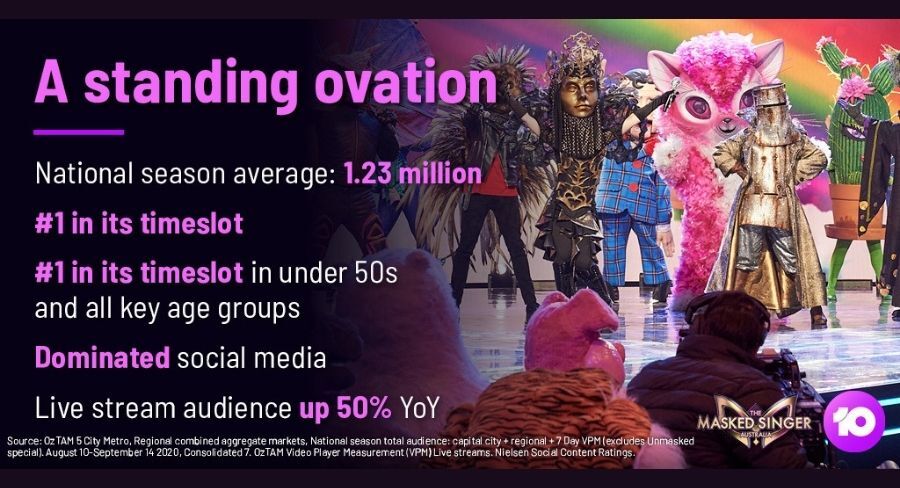 ViacomCBS Australia and New Zealand Chief Content Officer and EVP, Beverley McGarvey, said: “In its second year, The Masked Singer Australia has cemented its position as one of the most popular family entertainment shows in the country.

“Great performances, a play along guessing game and one jaw-dropping moment after another is a winning combination across all platforms and with all ages. My sincere appreciation and thanks to Osher, Jackie, Dave, Dannii, Urzila for their talent, energy and for bringing their A game when we needed it most! Thanks also to our amazingly talented celebrities for braving the stage and bringing us such pure entertainment.

“COVID and the resultant lockdown in Melbourne created some significant challenges for us and I would like to thank our creative, imaginative and resilient crew, our partners at Warner Bros., and the team at 10 led by executive producer Stephen Tate,” she said.

“Thank you also to our viewers. Their enthusiasm for the show is incredible. We can’t wait to bring The Masked Singer Australia back in 2021.”

The key commercial partners for The Masked Singer Australia in 2020 were Big W, Vodafone, Foster Grant’s available at Chemist Warehouse and KFC.

Network 10 and ViacomCBS Chief Sales Officer, Rod Prosser, said: “Thank you to all our commercial partners for their support this year. The creativity and integration they brought to the show was first class.

“The Masked Singer Australia has cemented its position as one of the biggest shows on TV and our partners are a critical part of its success.”

The Masked Singer Australia at a glance:

2020 season: #1 entertainment program on social media each night it aired