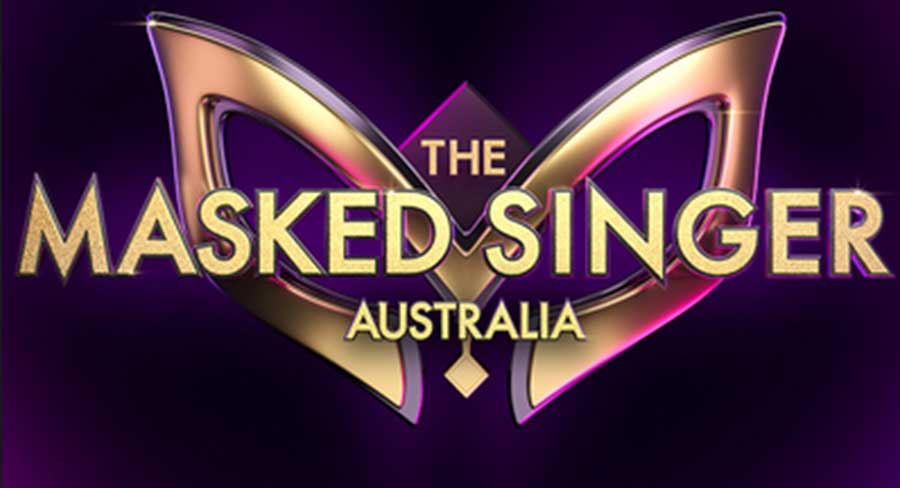 Key to the 7.30pm timeslot success on Network 10’s primary channel are the handful of producers who juggle a number of formats. One of them overseeing the start and the end of the year is Stephen Tate. The head of entertainment and factual programs at 10 starts his year in South Africa and can then be found in the Pacific and last year he was helping organise teams jetting across Australia, Asia and South Africa.

His biggest hit most recently though was the 2019 launch of The Masked Singer. Seven of the 10 2019 episodes did over 1m metro. Despite the significant challenges to making it again this year, filming of the first two episodes has just completed.

Tate arrived in the Victorian capital a week ago as did some of the judges who have to relocate to Melbourne for the shoot – Dannii Minogue, Jackie Henderson and newcomer Urzila Carlson, stepping in for Lindsay Lohan. Dave Hughes is the local returning judge.

The first episodes are being filmed just a week before they go to air. A shorter deadline than is usual for some shiny floor shows that don’t go out live.

“It is a fairly short turnaround, but entirely possible, considering we do I’m a Celebrity…Get Me Out of Here! in a nine-hour turnaround,” Tate told Mediaweek. “An eight or nine day turnaround is quite leisurely,” he chuckled.

Without being able to spend so much time in post-production, it will give the new season what Tate referred to as a “live feel”. 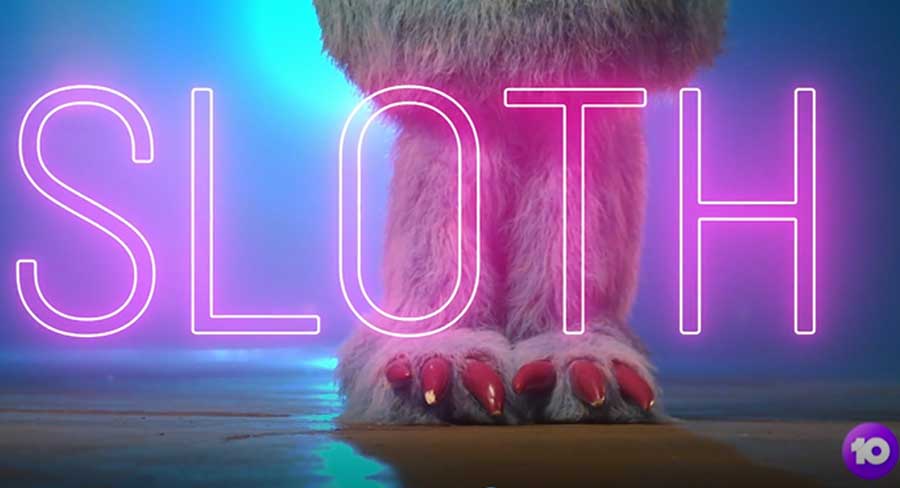 As to whether there was a time when it looked like this year’s season might not go ahead, Tate said that was a possibility that every production in Australia has faced some time this year. “There was never any question that we wouldn’t proceed with The Masked Singer. It was just too big a hit with Australian audiences last year. It’s been more about when we would make it rather than if we will make it.”

10 has taken over two soundstages at Dockland Studios this year after relocating the production from Sydney. “We moved because of studio availability as it’s a very complex show to make. We have to keep all of the masks [performers] separate. It is almost a military operation with all the backstage work happening on a separate soundstage. The masks can never meet.” 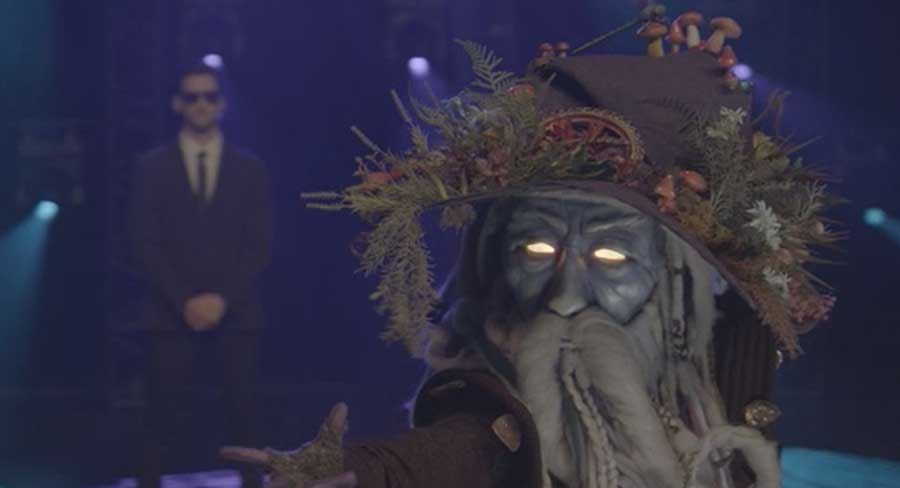 10 has found a “creative workaround” to replace a studio audience this year. Tate: “Warner Bros [which makes The Masked Singer for 10] were the first to do this with Dancing with the Stars. They did such a brilliant job of still delivering a live show that was full of energy. The great thing about The Masked Singer is that it is a completely bonkers show so we can really be playful with what we can do in place of an audience.

“We will have a special virtual audience. We have selected a number of super fans to watch the performances and vote.”

With no live audience, Tate expects the time taken to film each episode could be shorter. However it’s still enough of an involved process that they can’t film more than one a day. “We had to do a full security sweep of the audience last year before the reveals to make sure there were no recording devices. That took up to 90 minutes.”

Making up for that though is some ambitious staging to compensate for no live audience. “The props are bigger this year and we have secured The Squared Division [Antony Ginandjar and Ashley Evans] who are by far the most outstanding creative directors in the world. They will really lift our production values.”

Another big change this year, and one aided by the entertainment industry shutdown, is the artist roster for 2020. “Artists who would not normally have been available to consider doing The Masked Singer have said yes. Our reveals will be absolutely extraordinary. You won’t believe who we have got. It truly is amazing. The calibre of the artists has given us an embarrassment of riches.” 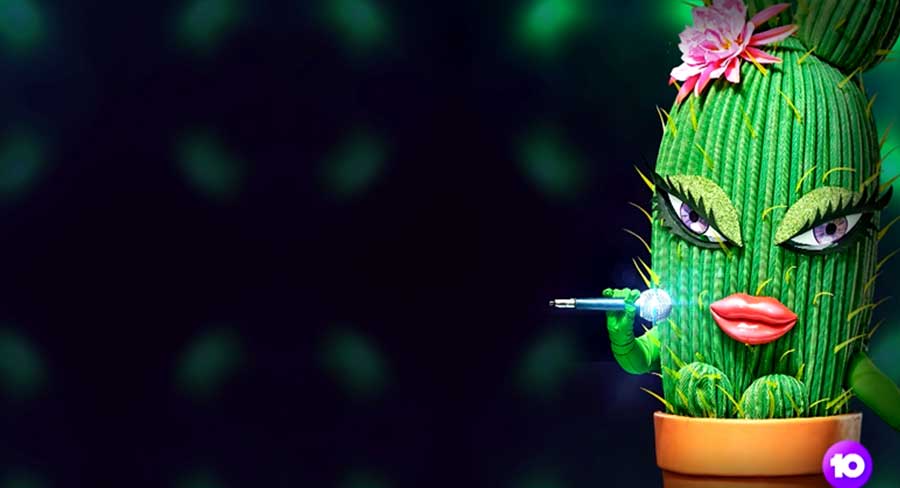 Tate added because some of the performers are venturing outside of their genres, playing “a game of hide and seek with the audience”, they won’t necessarily be easy to identify. “They have the ability to do things they are not known for.”

Tate: “Urzilla Carlson is so excited to be here. We have tried to get her to do so many of our shows and this is the first time she has said yes on the first phone call. She and her family are massive fans of The Masked Singer and she couldn’t believe we rang her to ask.”

Carlson quarantined in a hotel in Sydney on arrival in Australia, unlike Dannii Minogue who was able to quarantine privately. Carlson ended her quarantine only late last week, joining the show immediately. 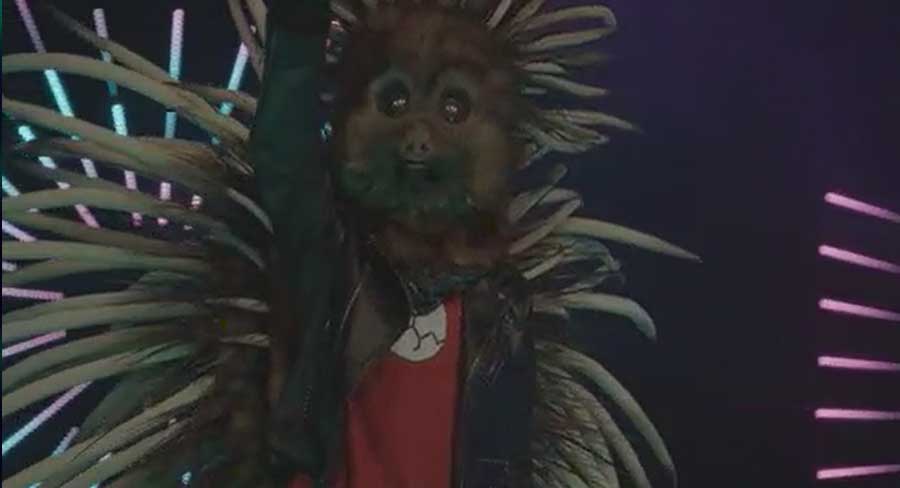 Tate told Mediaweek there still remains an opportunity for brands this year: “Big W has returned after having a great experience last year. We always love it when an incumbent sponsor returns. KFC has joined us and we have filmed some bespoke content for them recently with the masks. Foster Grant, the sunglass brand sold at Chemist Warehouse, has joined us. They are a perfect fit when you think that all of the men in black wear sunglasses.”

Tate noted there is one more sponsor who has signed on, but is not yet able to be revealed. There is also room for another brand. “We can still create bespoke content for them if they sign on soon.” 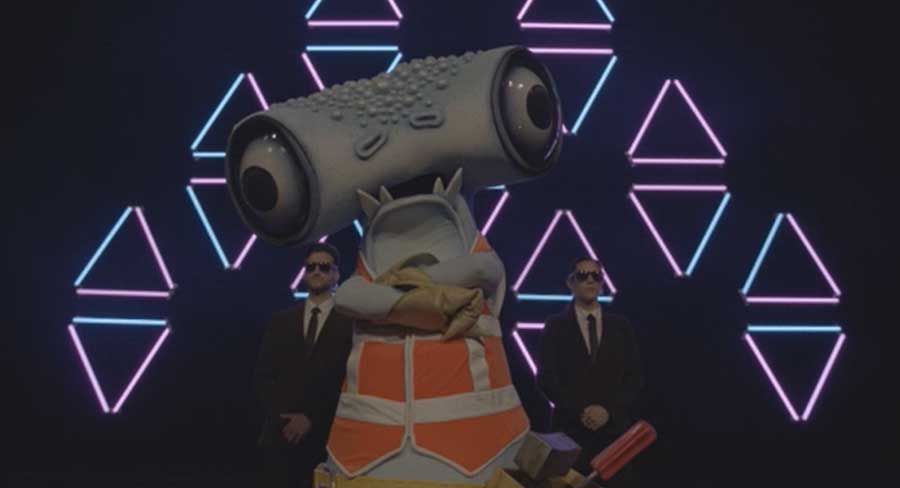 Delays in filming this year have caused some challenges for 10’s most in-demand host. Tate: “It’s a juggle. We will have to find some creative workarounds for the production of The Bachelorette. He will certainly have a presence throughout the entire series of The Masked Singer. He has the energy of 10 hosts. What helps us face the logistical issues is that Warner Bros is the producer of both shows which will help make it work.”

His first assignment every year is I’m a Celebrity Get Me Out of Here! which was produced prior to any Covid impact. “The jungle was so well received this year, often out-rating the tennis and pretty much consistently out-rating the Big Bash League. We put so much love and care into that show and to see it really hit it straps this year was great for everybody.

“After Covid hit we have been working really hard to keep people employed and productions running without putting anyone in danger.

“We have some Family Feud primetime one-hour specials which were about giving back to frontline workers in everything Australia has faced this year. They will launch soon.”

“We are definitely going ahead. It is a waiting game. Very much like The Masked Singer. We need to wait until it can be done safely without endangering the cast and crew. We are still looking at all options regarding location.” Tate is convinced if they need to make the show within Australia they have great locations to chose from.

Will The Amazing Race take off?

“We are making the show locally and it is what Australia needs at the moment. We need to see a fabulous adventure travel show in our own backyard, showcasing everything Australia has to offer. We have to push through and find ways to make productions keep happening. The intention to film this year and we have just closed casting. We are full steam ahead in pre-production.”

Photos: Some of the masks that will appear in season two of The Masked Singer Australia including Hammerhead, Sloth, Echidna, Cactus and Wizard