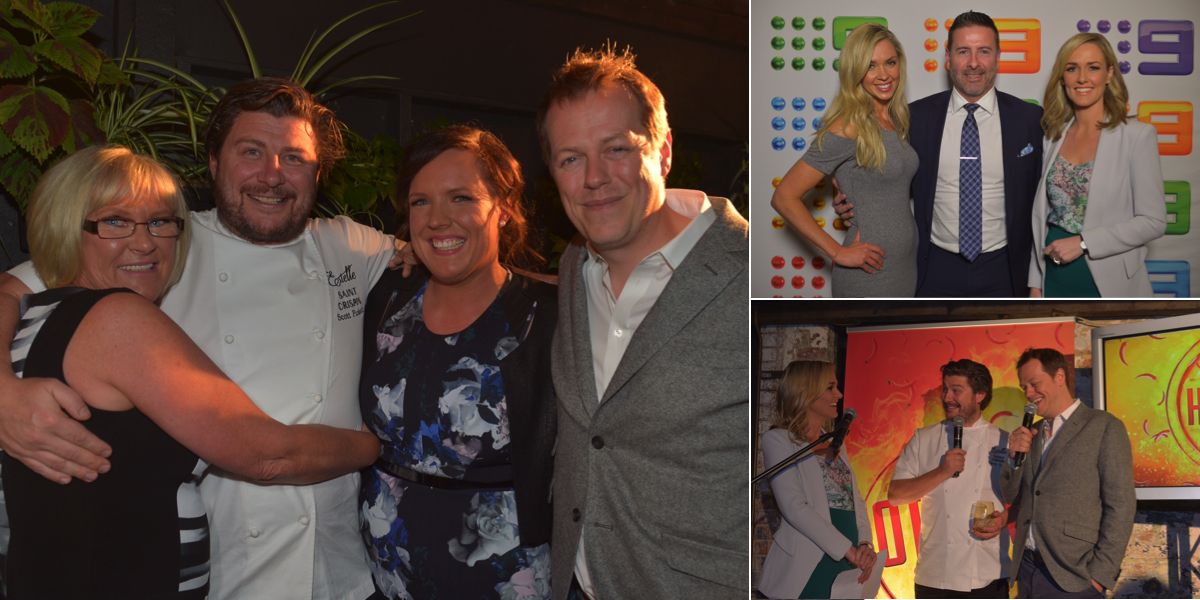 Although there’s no word yet on when Endemol’s new format for Nine will actually hit our screens, the network launched its new restaurant show at Melbourne’s Estelle last night. Hosted by Nine News Melbourne’s Alicia Loxley, the function was attended by a mix of Nine executives and publicists including recently promoted Andrew Backwell, Vic Buchanan and Ian Paterson, the show’s Victorian contestants,  journalists from all over the east coast and even a member of the royal family – Tom Parker Bowles.

Along with Parker Bowles, Estelle owner and Melbourne super chef Scott Pickett will judge and mentor restaurant owners from all over Australia in a bid to “make good restaurants into great restaurants”. What Loxley called the “unsung local restaurant heroes” from all over the country are in with the chance to win $100,000 on the new series.

Echoing the sentiments of Backwell, who told Mediaweek that the Kitchen Nightsmares-style television [which now screens on Seven!], was out of favour, Pickett and Parker Bowles told the crowd (twice – the layout of the restaurant meant the formalities took place both inside and out) that the show was about constructive criticism, not character assignation.

Looking to both the food and decor elements of the restaurant, Pickett quietly mentioned that the fake flowers omnipresent at so many suburban restaurants were the worst element of the show. Based on the sizzle reel, it looks like the contestants’ fiery attitudes could be the best!

As to what renowned food critic Parker Bowles enjoyed most about coming to Australia and filming The Hot Plate, he nominated learning about parmigianas, chicken twisties and servos as his highlights.

Mediaweek spoke to EP Courtney Gibson, who told us the show’s strength lies in its authenticity. “It’s not a show about people who have nothing to lose going on a cooking show. These people are putting their restaurants on the line, and if it goes badly for them then it’s game over – on the show and in real life.”