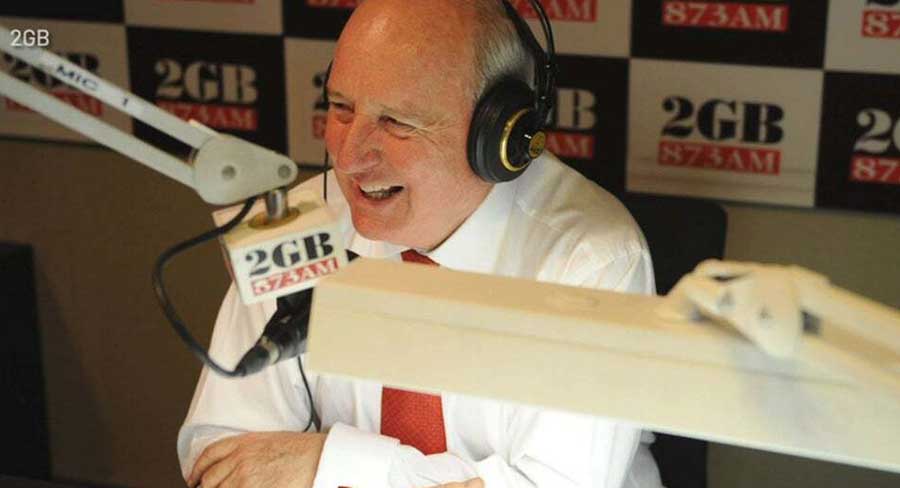 Broadcaster Alan Jones signed off on his radio career this morning after 35 years hosting breakfast – many of those years at #1. Love him or loathe him, and there’s plenty who do both, he ends with a record that will be hard to beat. Ironically he ends at a time where radio ratings have been suspended, but before that happened earlier this year the stats show he has 226 winning surveys.

While much of his final week was made up of tributes from regular contributors to his show over the year, not all the praise has been glowing.

Colleagues elsewhere at Nine Entertainment Co have largely been quiet or in some cases damning. An editorial in The Sydney Morning Herald detailed his shortcomings and star columnist Peter FitzSimons is no fan and noted it was time. And on the eve of his departure, Nine’s flagship current affairs program 60 Minutes chose to profile another breakfast radio team – Kyle and Jackie O.

His harshest critics have been celebrating hard. This from the lobby group Mad Fucking Witches which encouraged the ad boycott:

“This morning is Alan Jones’ last day broadcasting on 2GB. We’d like to sincerely thank every single witch who’s worked so fucking hard to get to this. We’ve collectively made the world a slightly better place today. You are all sheroes and heroes.” The social media post came with the hashtag WeSackedAlanJones.

The final program started with a news bulletin led by Jones’ departure in a report by Clinton Maynard. The final bulletin ended with Maynard again recapping today’s show. The first ad break carried a promo for 2GB breakfast – hosted by Ben Fordham. 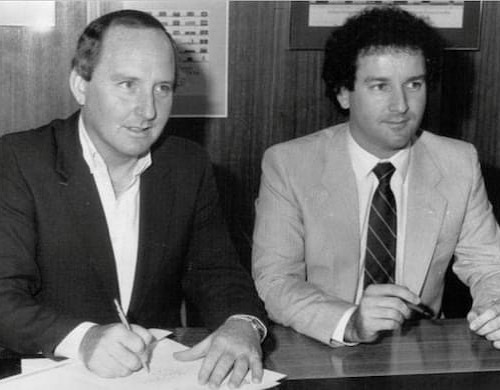 The departing host has been reminding people all week he is continuing on Sky News and giving them his social media contact points. His new email is alan@alanjones.com.au.

Jones noted more than 8,000 people had left him messages on Facebook so far this week.

The biggest revelation this morning was that when planning his entry to radio in 1985 with John Brennan, the station management at 2UE initially offered him the job of co-hosting with a woman. He declined the offer. Soon after at a lunch at a Chinese restaurant they offered Jones the role solo. He accepted and they signed a contract on a napkin. When talk came to radio, novice media man Jones asked “What are ratings”. It was soon explained, and management added an incentive to his initial fee. “If you can get to 10% in your first year we will give you another $100,000.” A check arrived for Jones after the final survey result of 1985.

Callers on the final program included many regular listeners, but also the famous and powerful who had guested over the years. From Sir Cliff Richard, Police Commissioner Michael Fuller, reporter Ian Leslie (who noted there had not been many other tributes from other journalists), John Barilaro, his UK and US correspondents Adam Gilchrist and Harley Carnes.

Former radio bosses John Brennan and Mark Collier got plenty of mentions, and Jones thanked former 2UE and 2GB station management. He thanked the legal team (“I must have driven them nuts”) and sales (singling out Peters of Kensington for its support).

Just before 9am Jones had two surprise guests to his south coast property – Tony Abbott and Mark Latham. They didn’t get to air – Jones said they were had brought grog.

The last word on the show belonged to longtime listener and longtime caller Stephanie.