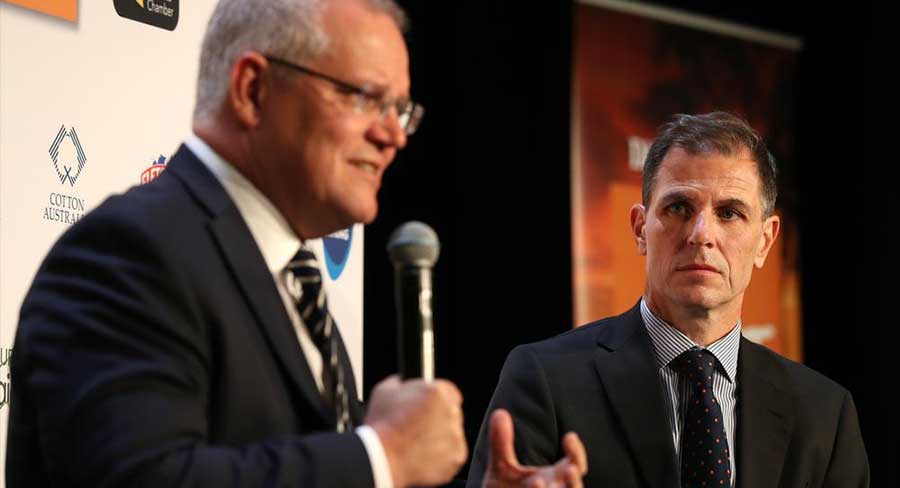 News Corp Australia’s The Daily Telegraph is about to hold its second Bush Summit after the first was held in Dubbo a year ago, helping secure a number of changes impacting on rural life.

“It was a big event with guests including Scott Morrison, Anthony Albanese, and Michael McCormack attending,” Daily Telegraph editor Ben English told Mediaweek. “Out of it we got some significant wins for the bush. The event attracted stakeholders from across the board including graziers, people who run cattle, dairy farmers plus service providers in rural and regional areas.

“At the time we were still in drought, but luckily rain has been falling enough to ease the problems in some areas. The response to us going to Dubbo was overwhelming. An intangible result, but no less meaningful, was that it was a demonstration that they hadn’t been forgotten.”

Out of that summit a communique was drawn up with 13 recommendations, four of which have so far been achieved.

1. A commitment to prioritise new water infrastructure projects. “We now have a road map for new dam construction in NSW.”

2. Legislation for a right to farm and to keep activists off farms. “At the time there was a number of farms being invaded by activists. The Morrison government legislated to outlaw those sort of actions by activists.”

3. An establishment of a rural advisory board which is empowered to report to Parliament.

4. A dedicated ‘visit the bush’ tourism campaign. “That got up and running. Unfortunately is was later suspended due to Covid. Now that Covid means international borders will be closed for some time, that need is more relevant than ever.” 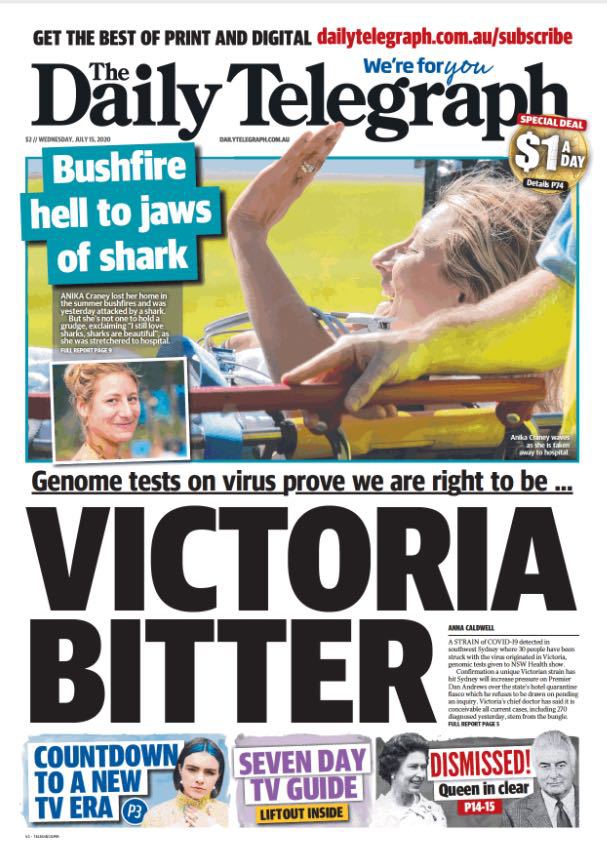 English said there was consideration of having the second summit as a virtual event. “At present it will be in person and is being held in Cooma in the last week of August. At this stage both the prime minister, deputy prime minister and opposition leader will again be there.

“One of the issues we will be discussing is how to address our energy needs in a way that delivers energy in an affordable and reliable manner to rural and regional Australia.”

The Daily Telegraph is expecting even stronger corporate support for the 2020 event after a range of companies got involved last year.

The Bush Summit ties in with the appearance of new regional editions of the Sydney daily newspaper.

English explained: “With the closure of the print editions of our regional stablemates we recognised that there was an opportunity for The Daily Telegraph to fill a gap for print coverage of local news.”

So far there are two regional editions of the newspaper covering the Northern Rivers and the Mid-North Coast. “They were previously served by the Tweed Daily News, Northern Star, Grafton Examiner and Coffs Coast Advocate.

“We have been doing it now for about four weeks and the take up has been tremendous. It has been double what he budgeted for and it shows the appetite for relevant local news in a print product remains.

“From an advertising perspective the economies were not there to justify those regional print products because of the onslaught from the tech titans which has devastated regional newspaper revenues.

“But the consumer appetite for local news is as strong as ever.” 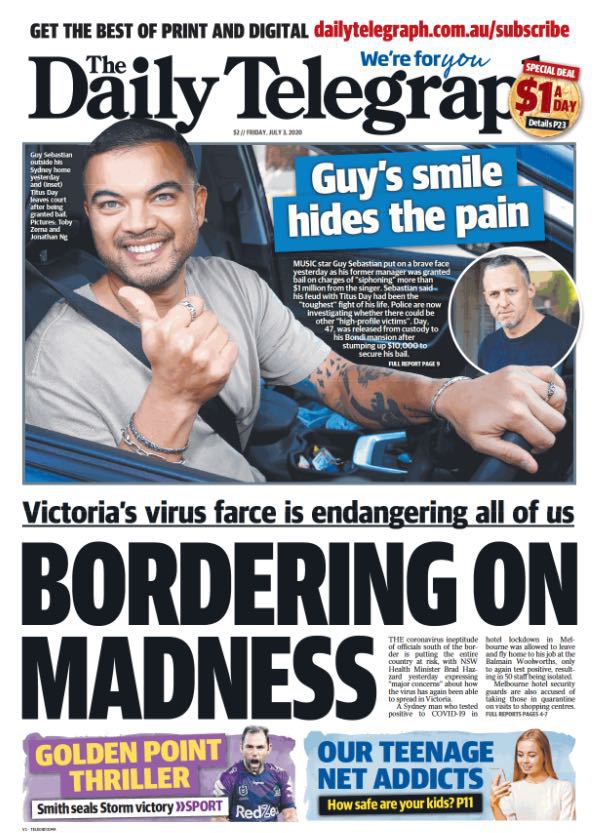 The editions carry local news from journalists on the ground who are continuing to file for their websites. “We have subsequently seen a significant uptake in digital subscriptions over the past month.”

This toe in the water with regional print coverage mixed into the metro daily could be expanded soon, said English. “There has also been a significant project underway in Queensland which has been running a similar editorial coverage right up the coast from the Sunshine Coast all the way up towards Townsville.

“For The Daily Telegraph, we are already planning an expansion of this concept. I’m not about to give away competitive secrets, but we will be expanding elsewhere in the very near future.” 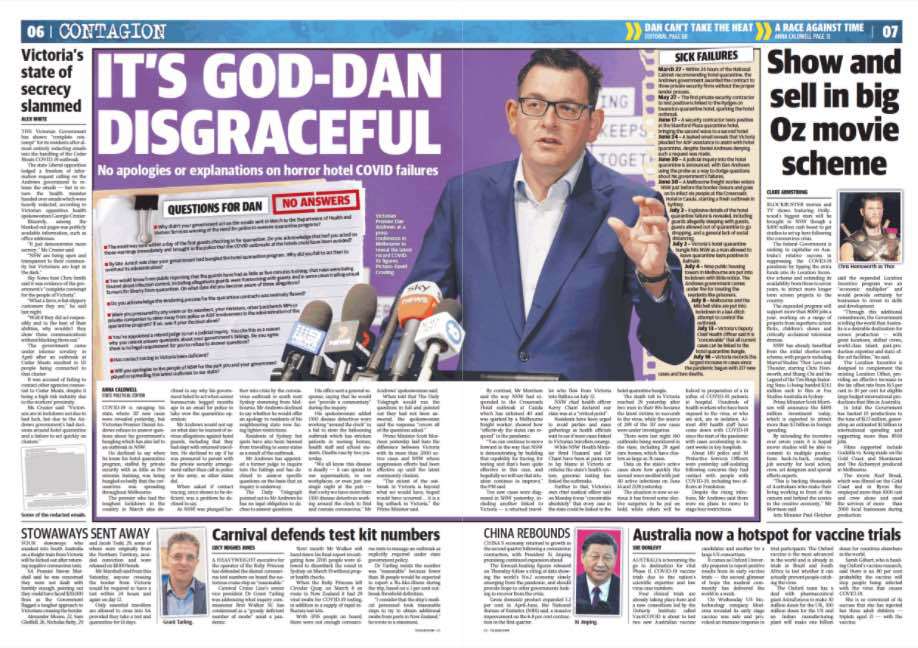 The Daily Telegraph has been running a strong campaign about mismanagement in Victoria which has ultimately led to the closure of the border between the state and NSW.

English was adamant that his newspaper was not knocking Victorians, but its Government. “We are all Australians. However there has been anger here in NSW where people are infuriated about the calamity and how it has been mismanaged south of the border. As a result, that has had a very direct and negative impact on our lives here. All we have done is to reflect that ire.

“We have directed it to the Government, not the people whom we have great sympathy for. They are unwitting victims of the bungling approach from their government. That’s why we had a front page the other day labelled ‘Danmade disaster’ and called it a ‘dandemic’.

“The NSW Premier may have made some missteps, the Ruby Princess is an example of that. But the critical thing is that she has learned from that. The best example of that is the administration of the hotel quarantine system.

“We feel Victorians have a fool for a Premier and he hasn’t been properly held to account.” But is this the time to play politics? “Is it absolutely the time for it. The analogy you could draw there is China saying this is no time for an enquiry into the origin of the virus.

“Sure we have done some robust headlines and been very pointed in our coverage. At the heart of it is actually an inquisitive and curious approach as to how it all went wrong in Victoria. That is 100% what the role of newspapers should be. It is not to whitewash things so everyone can feel good and sing Kumbaya. It is to fearlessly lift the lid on how these things happen.”

The thirst for news about Covid-19 has seen continued growth at the Sydney daily, with English explaining they are already way ahead of FY20/21 subscription targets. “It indicates our suite of content is hitting the mark. We have been focussing on how Covid is impacting people on a local level.”

English also noted some encouraging signs of recovery in the ad market. “NSW is roaring back, but Victoria is casting a shadow over national performance. Confidence is returning to retail and hospitality, but it remains a really precarious time.”