“We needed to ensure that both parties had a like-minded approach in putting together auto content for a female audience. We both wanted to make sure that we weren’t creating condescending content that failed to engage the audience,” CarAdvice CEO Andrew Beecher told Mediaweek when we asked if the deal between the two indie publishers to create co-branded content for CarAdvice and The Carousel was a long time in the works.

“There have been a few sites that have come and gone that were specifically oriented towards female car buyers that took a very insular and condescending approach to what they thought females want in a car. It’s not cup holders and crocheted seat warmers! One of our competitors at Bauer is about to relaunch, and they’re facing years and years of male-oriented content – their pitch to market has been to put the same content on a nice background!

“The problem is that base content from [Bauer’s] Wheels and Motor has long been aimed at enthusiasts as opposed to car buyers, and to suggest putting it on a nicer veneer to somehow make those car buyers engage with the content is a bit absurd. There’s really an opportunity in the Australian market for us to work with The Carousel and carve out a niche. CarAdvice has done just that, considering when I was at carsales we didn’t even exist – and we’ve gone on to become the #1 auto editorial site in Australia,” he continued.

The partnership will provide more targeted content for The Carousel’s new automotive vertical. “Lots of females love their cars, whether it’s because they’re into fast, powerful driving or because it’s an extension of their lifestyle and it allows them to do what they want. I’ve worked in automotive for most of my career, and there’s no difference between what men and women want in a car! This is born of a genuine belief that there is a shortage of content that is ready for great advertising solutions from Australian automotive marketers. The only sites doing straight editorial automotive [without classifieds] are motoring.com.au and us. Likewise, The Carousel is one of the only sites doing specialist female-only content.

As such, Beecher said that the new partnership deal would widen the appeal of both publishers to advertisers, and provide a targeted environment for advertisers looking to reach car buyers. “Our belief was that we could construct more creative and innovative marketing solutions that allow marketers to talk to the audience on their own terms rather than having us trying to skew the message to suit them. There’s no doubt that we’re a great place for advertisers, because everything we do is about cars. It’s not a BMW wrap around watch or business content, it’s a BMW wrap around BMW – or Mercedes – content. We intend to take that highly contextualised environment to a female audience via The Carousel and our own site.” 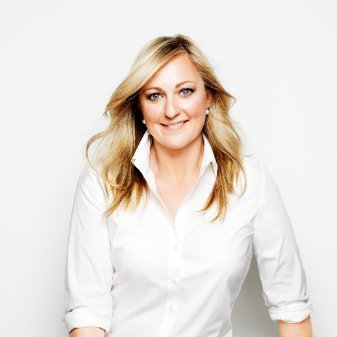 “Despite women being the main purchasers of cars, there really wasn’t much content out there,” The Carousel’s publisher Robyn Foyster reiterated. “CarAdvice had been looking for someone in women’s lifestyle for a partnership to address that. I had a conversation with Andrew Beecher, CEO at CarAdvice, and we decided to work together there. We very quickly realised there was massive potential in working together to produce co-branded content. With CarAdvice we can increase our coverage of the motoring sector in both written articles and video. We’re cross-linking and syndicating, which is great – the whole thing about the new digital age is that collaboration and amplification of content is key. It ensures the buyer gets the best reach possible, and we have the most eyes on our content.

“We’ve started with content that runs on the CarAdvice site that also suits our audience, everything from basic content like how to change a car tyre to what car tech is available now. We’re taking what’s of interest to our female audience – women want to get information about everything from child safety in cars to things like GPS.”

The partnership with CarAdvice is one of a number of changes happening at The Carousel, which has been in operation since February last year. “As well as the new motoring section that this has allowed, we’ve got a new site design coming soon.”

The redesign and editorial changes are born from the learnings Foyster and her team have gained since the site went live in 2014. “We’re just over a year old, and we’ve obviously had all the insights from that time to apply to what we’re doing now. We want to increase the number of pillars on the site to include technology and travel, because they are big growth areas. We’re also focusing on mobile and video, and the site’s been very much redesigned with a view to engaging via a mobile device.”
Before she started The Carousel, Foyster worked extensively in magazines including as editor-in-chief of The Australian Women’s Weekly and New Idea. Beecher was GM at carsales, as well as having worked at Adslot and Telstra.