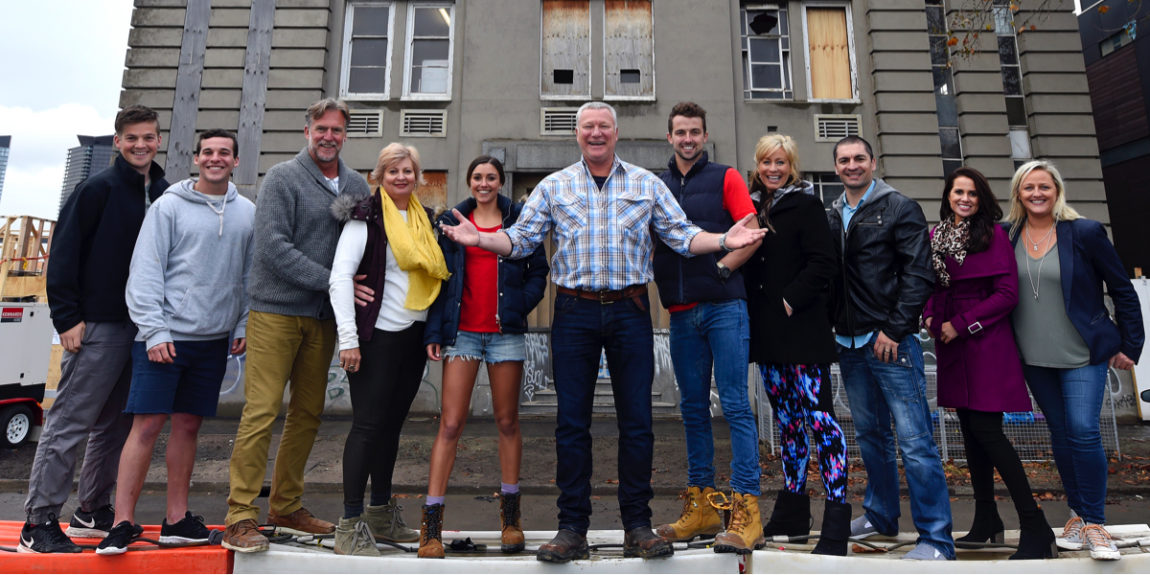 Season 12 of Nine’s The Block launches on Sunday August 21 up against some formidable competition – the start of TEN’s Survivor Australia and the last night of the Rio Olympics on Seven. The building renovators are again in Melbourne, crossing over from the border of South Melbourne into neighbouring Port Melbourne and a former industrial part of the suburb that will soon be a flourishing new residential zone. The Block is one of several major makeovers in the area which must have sucked up every available tradie in the city.

Mediaweek visited the site with a personalised tour from co-executive producer Julian Cress on the second-last day of activity before host Scott Cam told the contestants to down tools for the final time.

“The challenge for us with the show is to deliver something to the audience they have never seen before.”

Casting the contestants is one thing, but finding a suitable building for the series is perhaps the most demanding challenge.

“We always have people out looking and this heritage building was recommended to us by the agent who has sold a few Block properties over the years for contestants,” Julian Cress told Mediaweek as we entered the former Lever & Kitchen headquarters. “Those agents are always keeping an eye out for us so we can make another series because it is great for them too.” 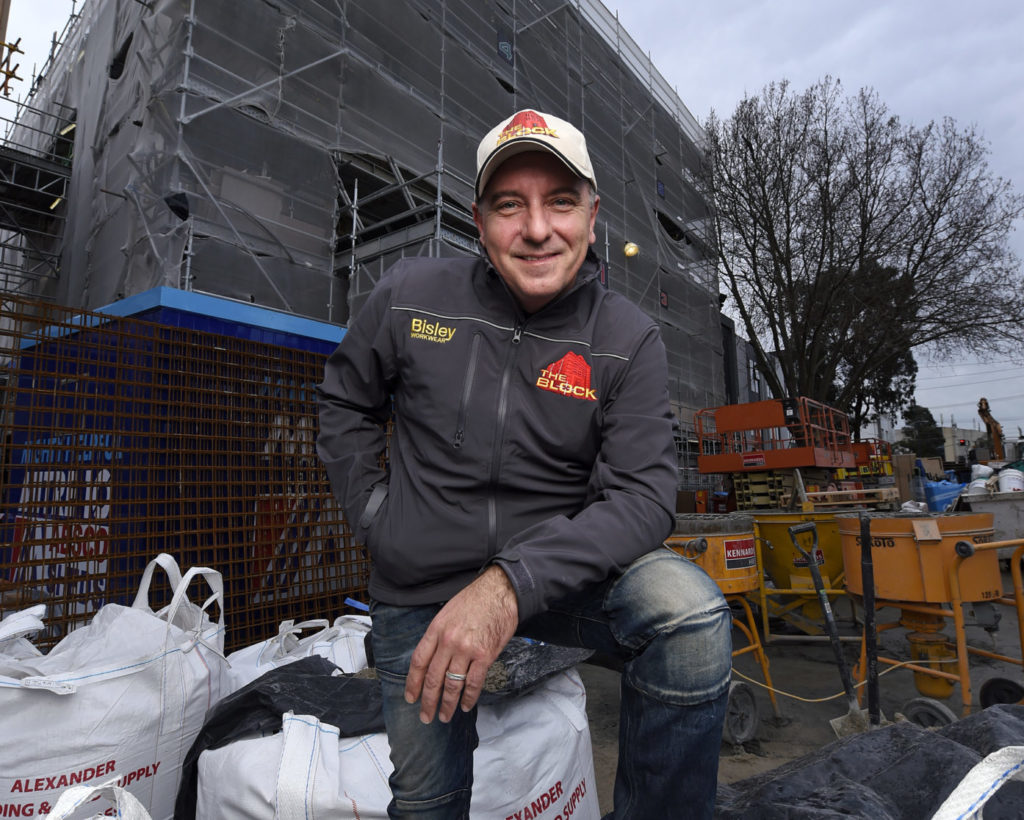 That industrious agent was David Wood from Hocking Stuart.

“The moment I drove down here and saw this building I thought to myself, I have got to have that.

“Having to do a heritage restoration of an art deco building is definitely something that takes people out of their comfort zone.”

“The comment is always made when people see The Block – they say ‘How are you going to top this?’ They wonder how we could possibly do something better than the Sky High building or then the Blocktagon. I always say, ‘I don’t know, but we will have to.’

“This building was our opportunity to do something more special than we had ever done before. Because it has such a rich history as an art deco building, it is something we have never done. The challenge for us with the show is to deliver something to the audience they have never seen before.

“It is no point us just repeating ourselves, asking people to come and watch what is just another series of The Block unless we can deliver something that surprises and delights them. As much as it is about the casting of the characters, it is about the casting of the building and creating a challenge for the contestants that is really going to take them out of their comfort zone.

“It means a lot for us to renovate these buildings and leave a lasting legacy beyond TV ratings.”

“Having to do a heritage restoration of an art deco building is definitely something that takes people out of their comfort zone.”

Julian Cress wanting a building is probably enough to motivate Nine to write a big cheque, but does Nine ask many more questions? 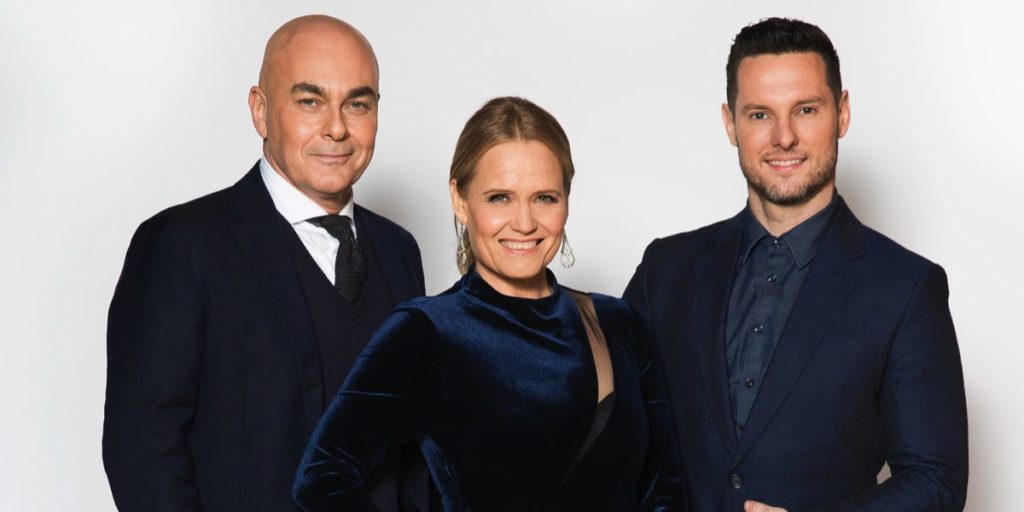 “The Block has always had a really solid financial model which Nine understands and, frankly, loves. If I can demonstrate at the get-go that Nine will get their money back, that is all they care about.

“Nine isn’t in The Block to make a profit off the building. It has never been about that. Nine is in the business of making their money elsewhere with the advertisers.

“It is safe to say that we over-capitalise, but we do that on purpose. It means a lot for us to renovate these buildings and leave a lasting legacy beyond TV ratings. We are a unique developer that is not doing it for profit. We are doing it for a whole lot of other reasons and it gives us an opportunity to create something stunning that no one else has.”

Even though the program over-capitalises, the market usually rewards the development with spectacular prices.

Continually raising the bar on development makes it hard for the contestants, even those who have studied the format and ones who are experienced with renovation. “Everyone who comes on the show says to us, even after 12 series, ‘I knew it was going to be hard because I’ve watched The Block before, but I just had no idea it was going to be this hard.’ We are very conscious we ask a lot from our contestants and they deliver a lot for us. They have to work around the clock, seven days a week, for three months. They deserve to get a lot out of the experience but, more than that, they deserve to be well rewarded for their efforts on auction day as well. 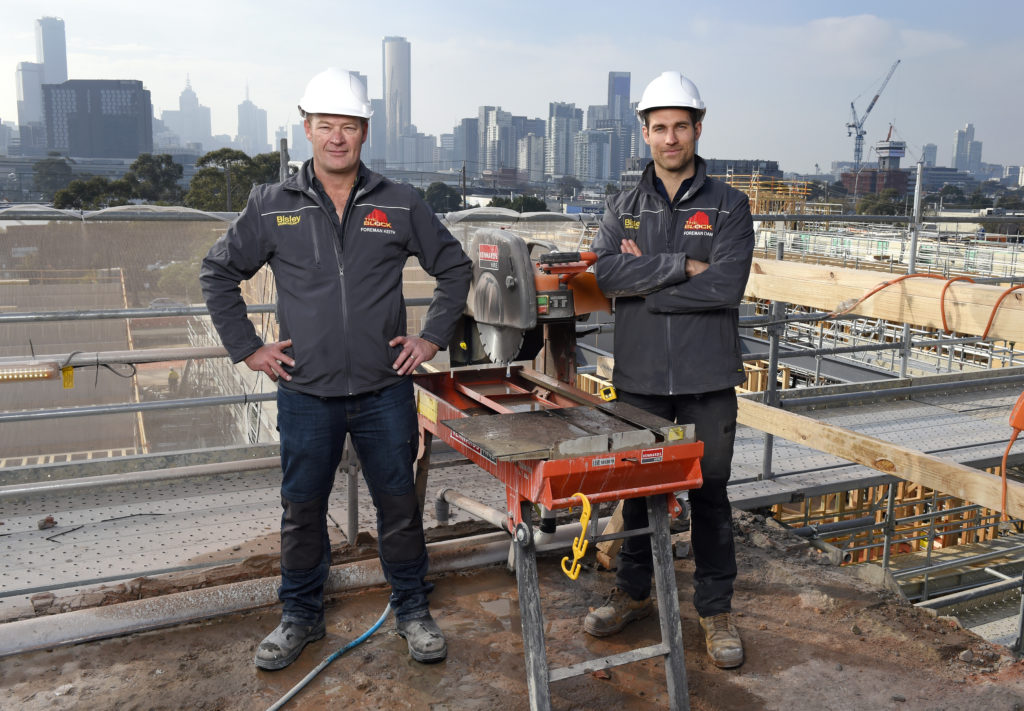 “We can’t promise or guarantee a big financial return. You never know what is going to happen in the real estate market. That is the other thing that makes The Block a special show in the reality genre – it is reality.

“It is about real estate and the ‘real’ part of it is very real. We don’t know what is going to happen and what the outcome is going to be. We just have to cross our fingers and hope for the best.”

As to post-production challenges this season, Cress said the team under his co-executive producer David Barbour again has to turn the episodes around in time. The show goes to air just seven days after the final rooms are delivered for the judges.

“The show had grown so much over the years. When we first started on The Block we had a production and post-production drew of 10 in total – cameras, sound, editors etc. Ten of us made the first series.

“I now have about 40 staff in Melbourne working on production while in Sydney David has over 70 working on post-production. We have gone from 10 to 110 in a decade.”

The growth of the series has been phenomenal – when The Block was rebooted by Nine in 2010 it ran for just nine episodes, one a week. Now Nine screens the show over four or five nights a week with 50+ episodes in the season.