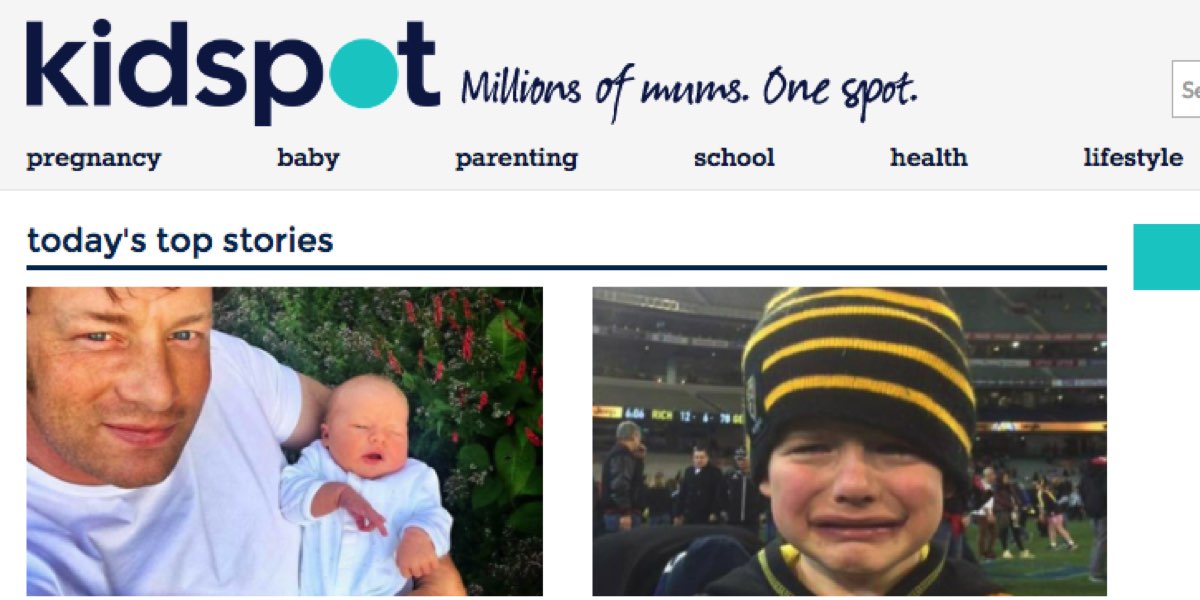 Everything at Kidspot is about striking the right balance. The NewsLifeMedia parenting website markets itself as the destination for “information and advice to help mums and dads through every stage”.

Parents’ journey with Kidspot begins from the time they are trying to conceive and continues until their kids turn 18, new editor Melissa Wilson told Mediaweek, six weeks into her job.

“We focus on providing informative content that is going to reach out to mums,” she said. “It doesn’t matter if it’s in print or online, your content needs to be engaging. It needs to tap into what mums are wanting at the time.”

Gauging what information mums are looking for at a particular point in time is difficult, Wilson admitted, using her own experience as an example. “Mums are crazy busy. I am a mum myself and my little one just turned one. The challenge there is finding content that is going to cut through,” she said.

Starting from September 5, Kidspot content will also appear in 11 of Melbourne’s Leader Community Newspapers titles as part of the newly added lifestyle section.

“For us, it’s about finding the broad content that will have maximum appeal, get the cut through, get engagement from readers, inform them, excite them, entertain them and get them talking,” she said. “Being a mum, you don’t always just want to read about parenting stuff.

“We are going to sometimes cover topics that are in the social conversation, and at times also move forward to try to start those conversations and not just ride the wave of what everybody else is talking about.”

An effective way of communicating to readers who are at times juggling three lives in one (parenting, professional and social) is to talk in a way that resonates with them and where they are in their lives, Wilson commented.

“We are trying to do more things like Facebook Live and engage people with memes,” Wilson explained.

“We put out a joke meme during the census when it all crashed. That reached 2.6 million people and had almost 18,000 shares. It is not a parenting thing, but the mums are having to do that once the kids have gone to bed.

“It’s a part of finding what it is that mums are talking about.”

What types of stories are popular with the readers?

Wilson chuckled and said, “Oh my goodness, it’s so far-reaching.”

The list of stories that performed well on Kidspot in the last week varied from a news story about a dummy recall to a video of a caul birth – when a baby is born still inside the amniotic sac. A column from a child psychologist about how to protect children from child abuse and a story about how Tom Cruise hasn’t seen his daughter Suri in three years also made the list.

Talking about the claim that Kidspot is Australia’s #1 parenting website, Wilson stated that its content reaches one in three mums in the country.

Speaking about the task moving ahead, Wilson said she is looking to bolster the variety of its offering in video. The brand currently produces about 12 videos a week, which mainly focus on food and things to do.

A video uploaded on YouTube in 2012 by Kidspot titled “How to make a homemade kite” is Wilson’s inspiration behind this task. The video has been played more than 636,000 times.