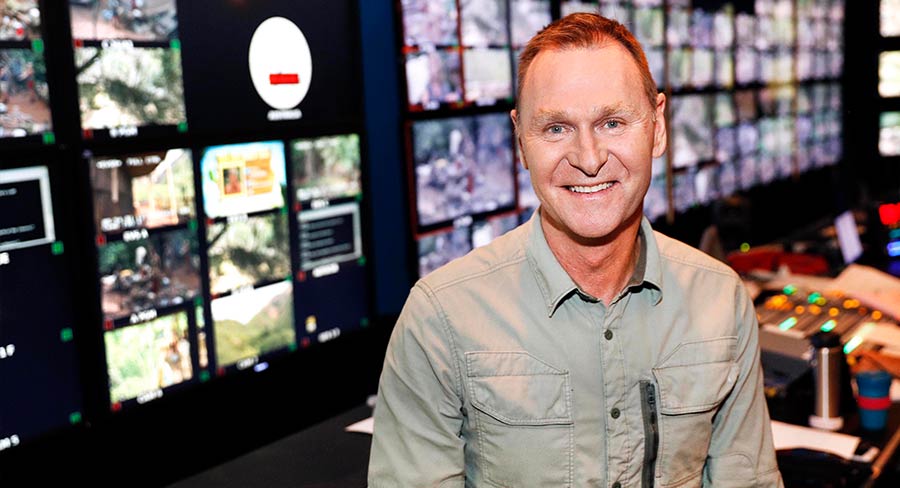 The third season of Network Ten’s Survivor has moved to Fiji this year. The latest series launched last week with a bigger audience than the 2017 launch.

Ten’s head of entertainment and factual programs Stephen Tate told Mediaweek the new location has never been used by any broadcaster. It was previously filmed at a site in Samoa that had been used by other versions of the format.

“The change has been brilliant for us,” said Tate. “It has also been fantastic for the local community, which has loved having us there.”

The change of location meant more work to set up the site. “We had to start from scratch.

“The team at Endemol Shine Australia (which produces the series for Ten) led by executive producer Amelia Fisk found the location. It is extraordinarily beautiful, but it also offers the remote location we need.”

Tate’s first half of every year is spent in South Africa on I’m A Celebrity…Get Me Out Of Here! and then in the Pacific for Survivor.

This year he was in Fiji for the start and the end of the new Survivor.

“I fly in and fly out. As much as I would like to stay in Fiji to see the whole season unfold, it is not a luxury I can have as I have quite a few other projects on the go.”

Tate noted there is a community of people who have worked on all three seasons including couples who met during the first year. “We also have producers who take their family over for the duration.” Handling the logistics on a show like Survivor is tricky, as there are only a handful of flights in and out of Fiji daily. Tate explained that there is also quite a bit of island hopping involved to get to the remote site after you land.

“Most our infrastructure had to be sourced locally or had to be shipped to the nearest port.”

The Survivor crew stays on the same island as the show’s site, but they do have to travel by road for several hours each day.

“Every location has quite unique challenges and our new home was no exception,” said Tate.

“This season we had a couple of medical emergencies, one of which required a medivac. That is something of course we are prepared for and it was handled incredibly well.”

Tate said viewers would see those medical emergencies unfold during this season. “There is no point in hiding what happens. If someone gets into trouble or goes missing, it is impossible to hide in this show. It becomes a big drama for their tribe and also for the cast member as it jeopardises their game.”

While there is no fast-food partner for this season, Tate said there would still be plenty of food challenges this season.

“Any food we supply to the camp involves significant logistics.”

Tate said as usual they had to work in all sorts of weather. “We don’t mind that though because it creates great drama.”

“It is a completely different environment for our final challenge. It is a truly wonderful result and Survivor fans will love it.

“The production over-indexes in crew members who are Survivor super fans, so a great deal of care is put into its production by people who genuinely love the format. At every level the crew goes above and beyond to deliver the best show possible.

“Executive producer Amelia Fisk has done the most extraordinary job and what we are being told by Castaway, which owns the Survivor format, is they hold up the Australian version as the best in the world.”

Viewers this year had some early surprises with the elimination of US superstar Survivor competitor Russell Hantz getting voted of in just the second episode.

Tate was on location when that happened. “It was a huge shock. Who would have thought that somebody with so much experience would leave with an Immunity Idol around his neck. Russell was disappointed in himself.

“The bottom line is he underestimated how well Australians can play the game now. He might have thought he could have run rings around us, but he was wrong, clearly!”

Surely the producers speak to the competitors before each night’s vote to try to manage their emotions?

Not so, said Tate.

“Not at all. What you see is a genuine representation of how well Australians conduct themselves. It has been very rare for us to see tantrums. Occasionally we might like to see one and we wouldn’t be trying to talk people out of showing how they truly feel.”

Tate has been busy on special projects in addition to his regular productions – he has three programs in the forthcoming Pilot Week.

His shows are Drunk History, Trial By Kyle and Disgrace.

“I am thrilled with the whole concept,” admitted Tate. “This is something that is really exciting the Australian production community and we are already talking about doing it next year.

Are Will and Woody multimedia stars in the making?

Tate has also been a minor radio star in the past week, guesting on KIIS FM’s networked Will and Woody drive show. The radio hosts developed a TV show format, which they managed to pitch to Tate.

Sensibly, Tate passed on the project, but, like any good reality show, there was a twist.

“We are interested in working with Will and Woody on a project for the future. We think they have real talent.”

The network will ask them if they have any (better!) ideas and Tate said Ten might also suggest some ideas or formats to them. “We haven’t got that far yet. Maybe something for pilot week 2019!”