The KFC Big Bash League has partnered with global kid’s entertainment brand Nickelodeon for the coverage of the 2016/17 season.

The partnership will see the launch of a new BBL children’s TV show, as well as at-match activity and digital promotions over the course of the season. 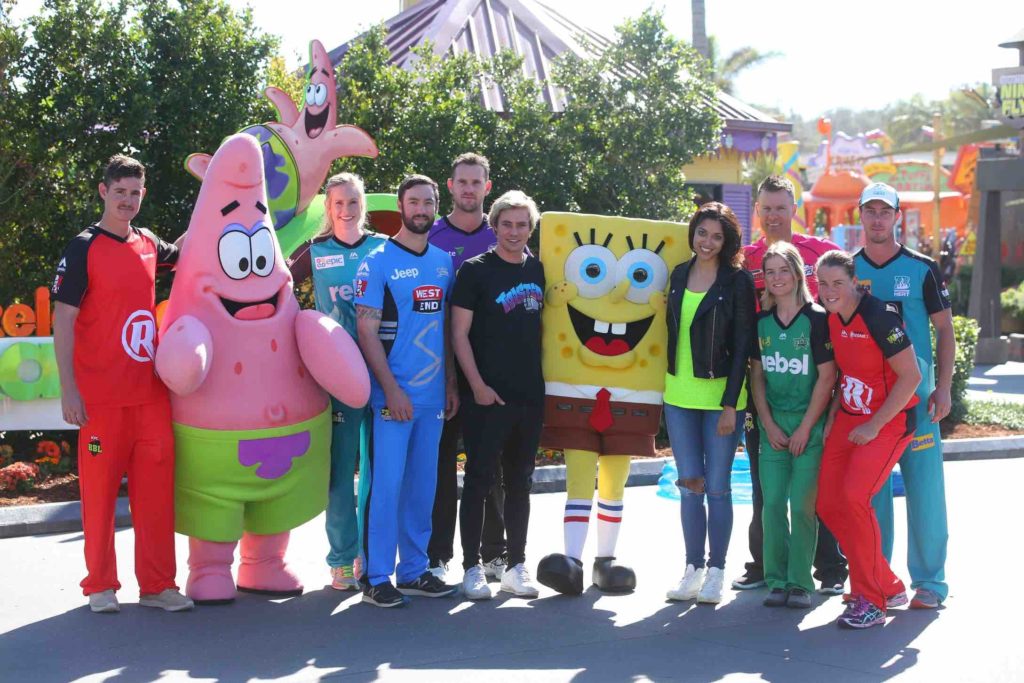 Following its broadcast on TEN, content from Crash The Bash will be shown throughout the week on Nickelodeon, as well as across digital platforms.

Crash The Bash marks a first of its kind in content collaboration in Australia between a sporting body and a global children’s entertainment brand, providing young fans with more opportunities to interact with the KFC BBL and Rebel WBBL.

“As an Australian first, it is a real coup for the sport and children’s television and further cements Network Ten’s commitment to the KFC BBL and Rebel WBBL.”

Nickelodeon will also be at matches throughout BBL|06 as well as the opening weekend of the Rebel WBBL on 10 December at North Sydney Oval. Fans at selected matches will have even more reason to cheer, with one lucky family at each of the matches winning a family trip to Nickelodeon Land at Sea World on the Gold Coast during the innings break. The prize includes return economy airfares, transfers, four nights’ accommodation at Sea World Resort and Water Park, and a Family Super Pass. At these matches, kids will also be treated to a range of Nickelodeon activities and appearances by characters including SpongeBob SquarePants, Patrick Star and Squidward Tentacles. 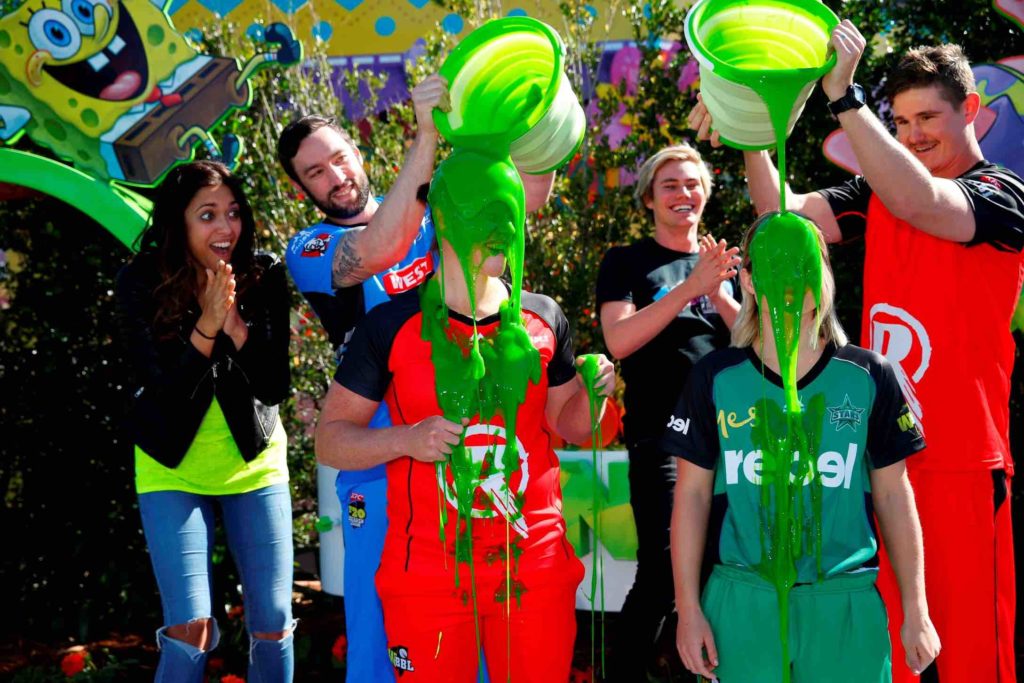 Crickete players sliming each other

Throughout the BBL season, fans will also have the chance to win one of two family holidays to the Nickelodeon Kids’ Choice Awards in Los Angeles as part of the partnership. The prize includes return economy airfares to LA for two adults and two children, transfers, five nights’ accommodation, and four tickets to the Nickelodeon Kids’ Choice Awards. To be in with a chance to win, fans simply need to download the soon to be released Cricket Australia app, attend any match during BBL|06, and take and share a photo of themselves using the Nickelodeon filter featured in the app. One entry from each match will instantly win a $100 BBL Store voucher and go in the running to win the ultimate prize at the end of the season.

At the BBL Final, lucky fans will be picked from the crowd to take part in a competition at-match to win the other family trip to LA for the Nickelodeon Kids’ Choice Awards.

“We are very excited to be partnering with Nickelodeon, for the sixth season of the KFC Big Bash League,” said Cricket Australia Head of the Big Bash League, Anthony Everard. “Nickelodeon is known around the world as one of the most fun and entertaining brands and we can’t wait to make their brand a part of the BBL experience for fans.

“The BBL was a huge hit with families last summer because of the fast-paced on-field action and family friendly atmosphere at every match.  I am sure that BBL|06 will take things to the next level, thanks to our partnership with Nickelodeon.”

“Our partnership with BBL is the perfect way for us to continue connecting with kids and families during an action-packed Australian summer of sport. We are excited to put into play our experience in creating large-scale on-ground activations at what’s going to be an incredible BBL season,” said Jihee Nam, General Manager, Nickelodeon Networks Australia and New Zealand