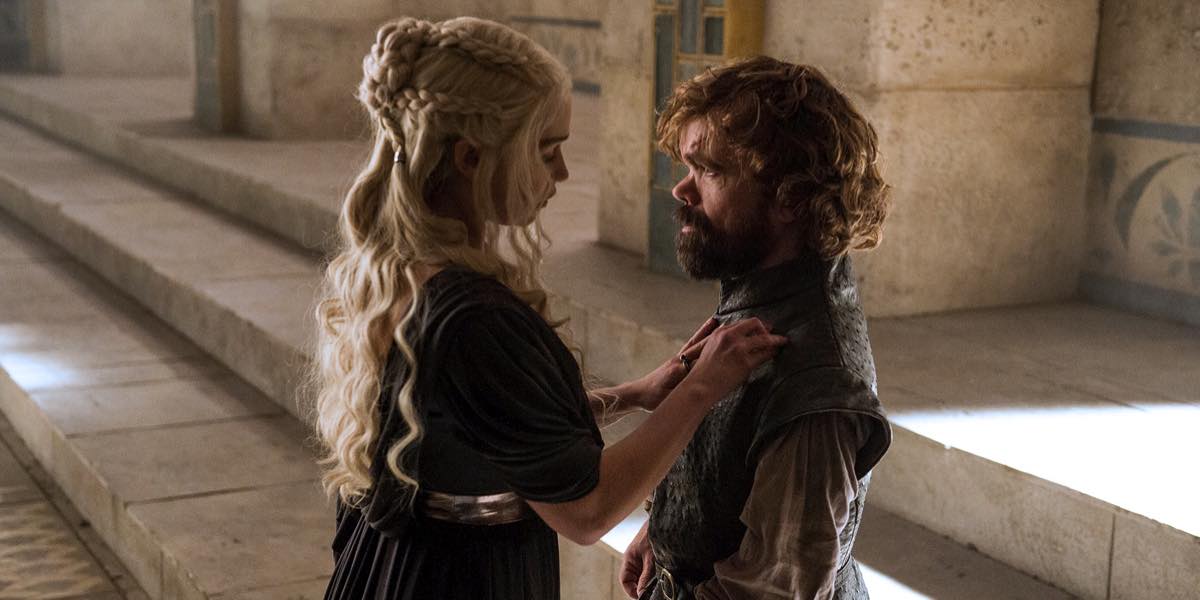 The season final of Game of Thrones, broadcast on showcase in Australia, attracted a total of more than 600,000 viewers.

The suicide of Joffrey Baratheon and the explosion that killed Margaery Tyrell, The High Sparrow and his followers on Game of Thrones had over 600,000 people tuning in. The season six final of the cultural phenomenon was watched by 382,000 people at 11am on showcase (same time as the US), while another 355,000 tuned in for the repeat telecast at 7.30pm on the same day.

Usually, the primetime telecast of Game of Thrones tends to have a bigger audience than the live telecast at 11am on Mondays. 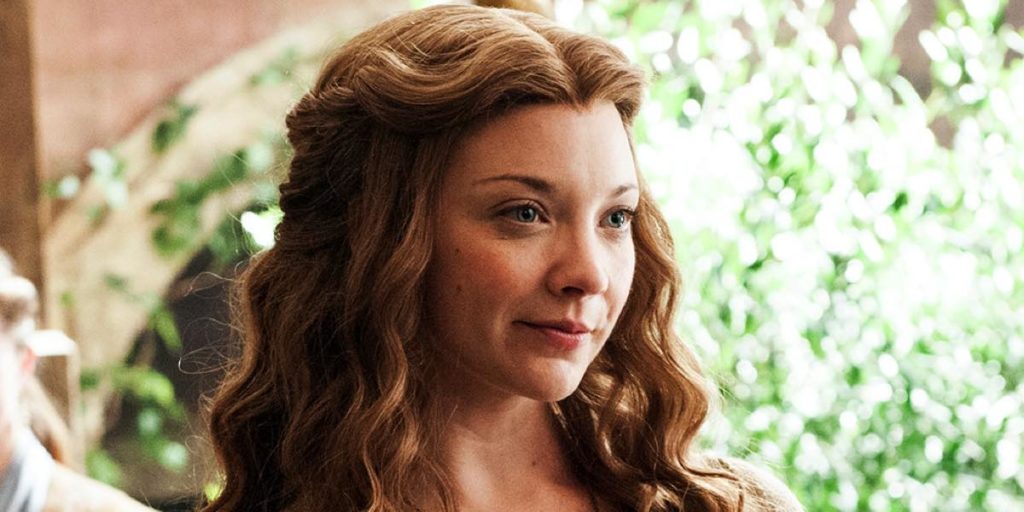 The next most watched non-sports show in subscription TV in week 27, The Verdict on Sky News, was down the ladder at #22. 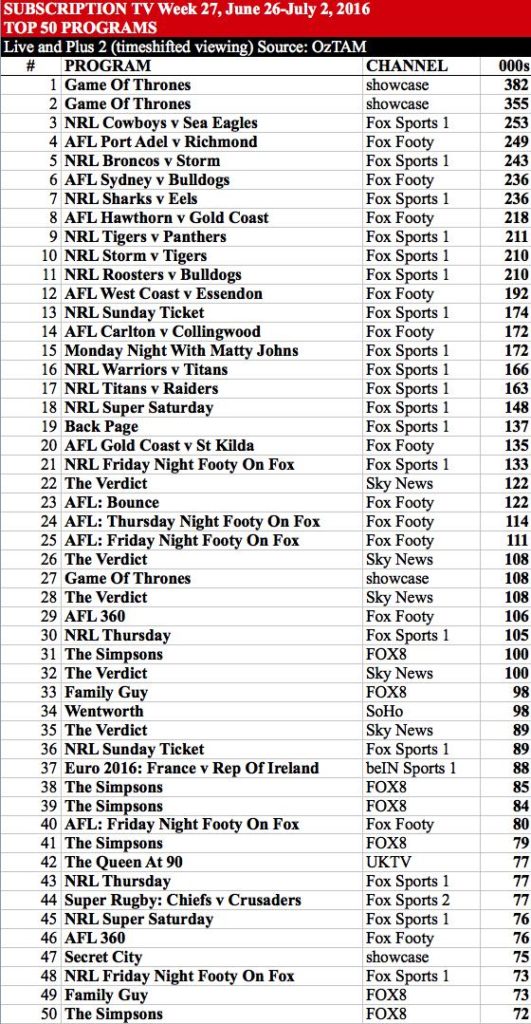