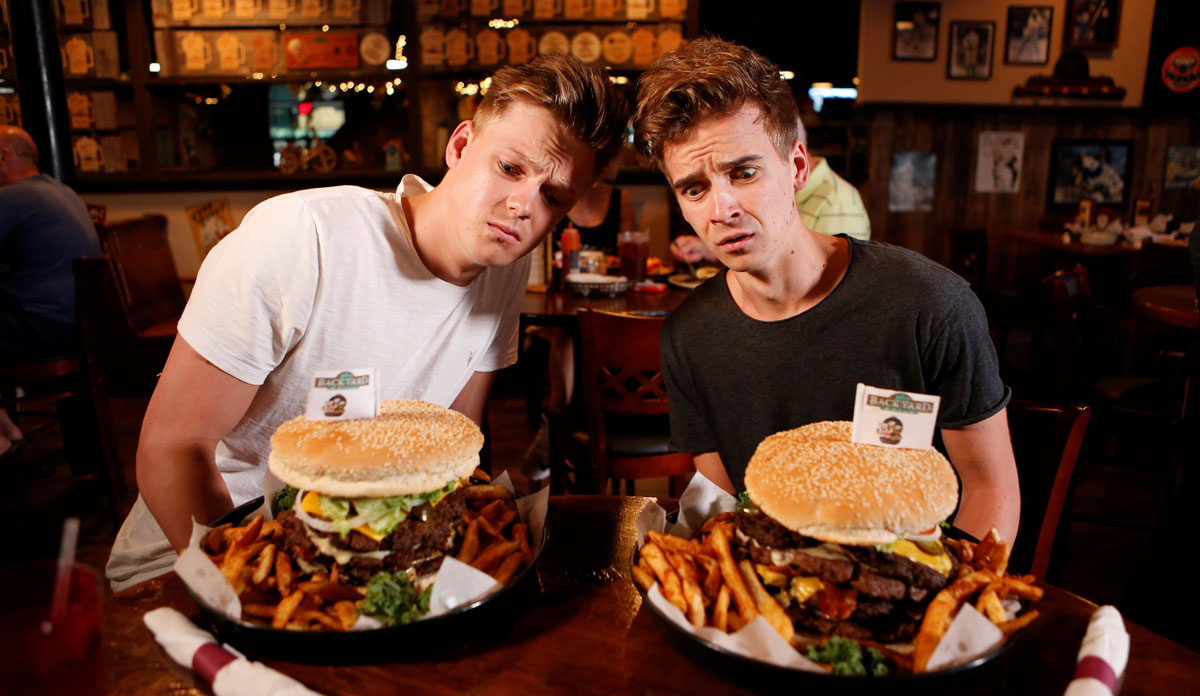 YouTube sensations Joe Sugg and Caspar Lee are coming to Australia and New Zealand with tickets for Joe & Caspar Hit The Road USA Live in Australia / New Zealand on sale at midday today.

In a live feed from the YouTube Space LA studios, Sugg and Lee were beamed into the homes of millions of fans around the world to reveal an upcoming global tour through the UK, Australia and New Zealand and to announce pre-sales of their second BBC Worldwide feature-length film, Joe & Caspar Hit The Road USA.

Following sell-out shows last year, BBC Worldwide Australia and New Zealand and Live Nation are excited to be bringing Joe and Caspar to Australia for a second year in a row, extending the fun this year to New Zealand fans.

Joe & Caspar Hit The Road USA Live in Australia / New Zealand will be hosted in Sydney, Brisbane, Adelaide, Melbourne and Auckland from November 5. The must-see show will see the duo on stage talking about their latest adventure and will contain exclusive footage from filming and behind-the-scenes funny business. Plus, there’s also an opportunity for 100 of Australia and New Zealand’s biggest fans in each location to get up close and personal with Joe and Caspar for a VIP meet and greet prior to the show.

The visit to Australia and New Zealand comes ahead of the release of their second feature length film, Joe & Caspar Hit The Road USA which sees the twosome up the ante on their previous film Joe and Casper Hit The Road with a new, bigger and braver road trip across the United States.

The film will see Joe and Caspar competing against each other in a series of pranks, competitions, forfeits and challenges to see who will become the ultimate all-American winner.

Joe Sugg says: “I’m so excited to be doing this all again… I’ve felt many emotions on this trip – you’ll have to watch to find out why.”

Caspar Lee says: “This time I’ve put my body on the line… and it’s going to pay off.”

Joe & Caspar Hit The Road USA is made by the production team behind BBC Worldwide’s Top Gear special commissions and is now available for pre-order on iTunes and Google Play at a special price for a limited time. The film will be available for download on November 21.

The DVD will also be available in November.