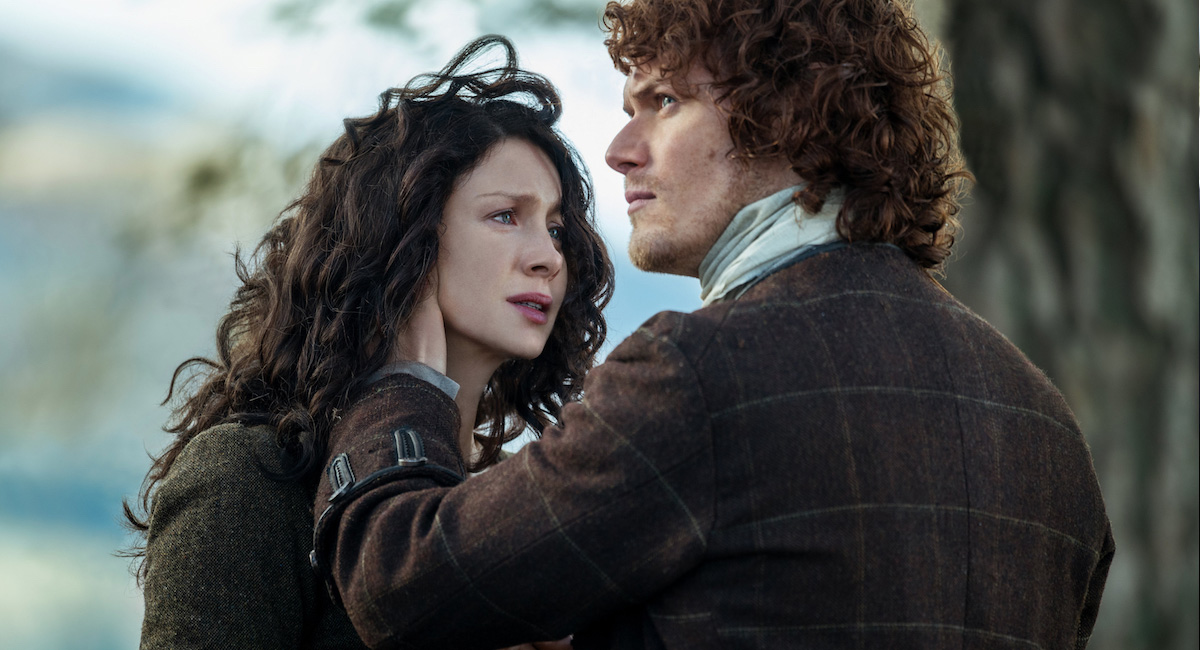 Time-travel saga Outlander was at #19 for the showcase channel

The Lifestyle Channels were doing well again in Week 47, winning the top two places in the week’s subscription TV chart for the local versions of Gogglebox and Love It Or List It, plus five more places in the top 50.

Among sports shows, Supercars coverage on Fox Sports 506 filled roughly one-third of the top 50, including the #3 position. A-League featured in five places for Fox Sports 501 and the AFL Draft was at #7 on the Fox Footy channel.

Sky News Live received a boost from the Queensland State election, adding to the channel’s total of seven places in the chart.

NCIS won three places for TVH!TS, FOX8 also had three wins for The Simpsons and Family Guy, there were two entries for the latest fast-tracked episode of The Walking Dead on FX, showcase’s A Place To Call Home scored the #4 place, with the channel’s time-travel saga Outlander further down the chart at #19. 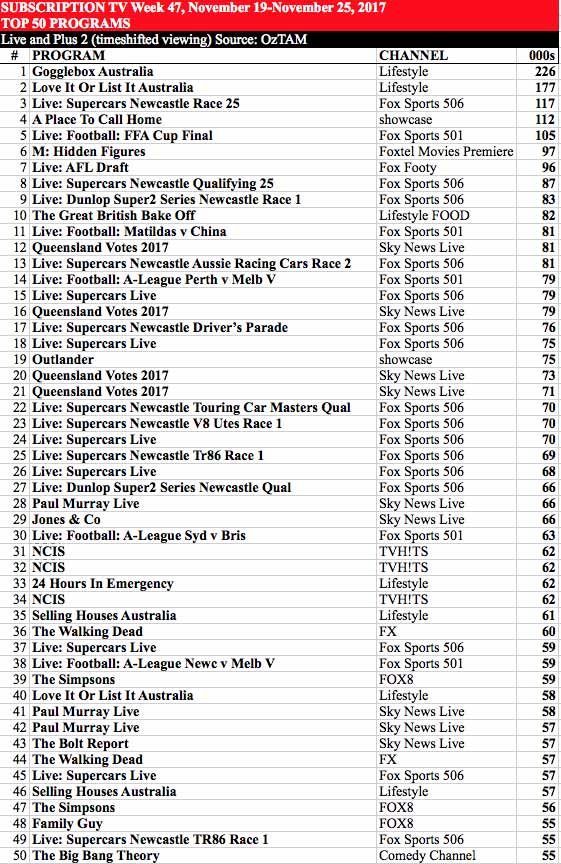