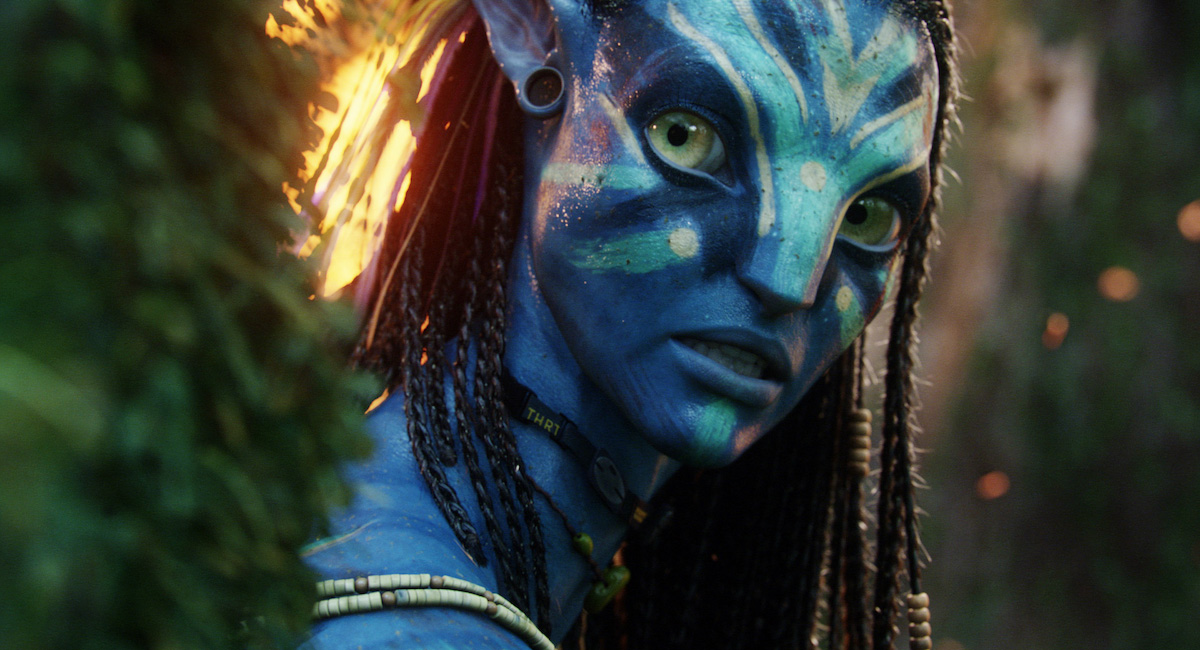 With only one sports entry in the chart, Foxtel viewers seemed to be turning to action movies in week 4. It’s unusual to see nine entries for movies in the top 50. Even more surprising, three of them were not on Foxtel Movies channels: two westerns on Fox Classics and The Bourne Supremacy screening Saturday night on Universal. Of the remaining six entries, three of them were for Guardians of the Galaxy Vol. 2 (premiering on Sunday night, charting at #2, and repeating on Monday and Saturday nights) and two of them for James Cameron‘s Avatar on the Foxtel Movies More channel. 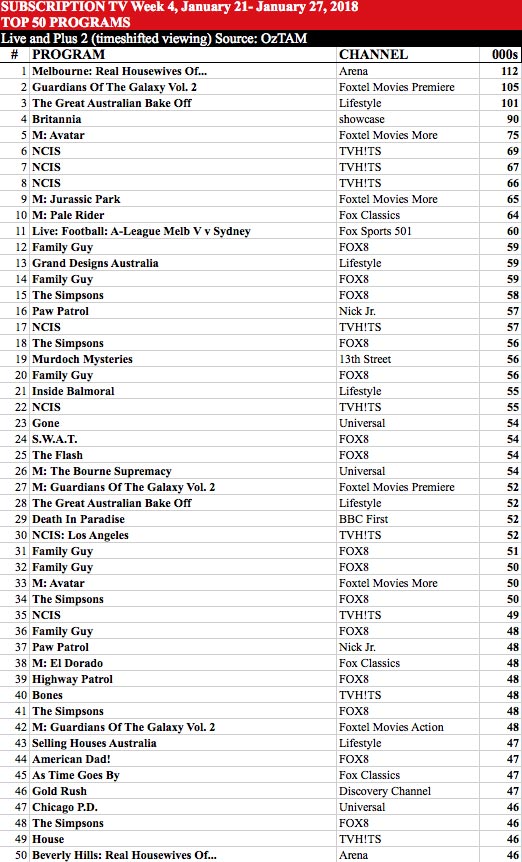