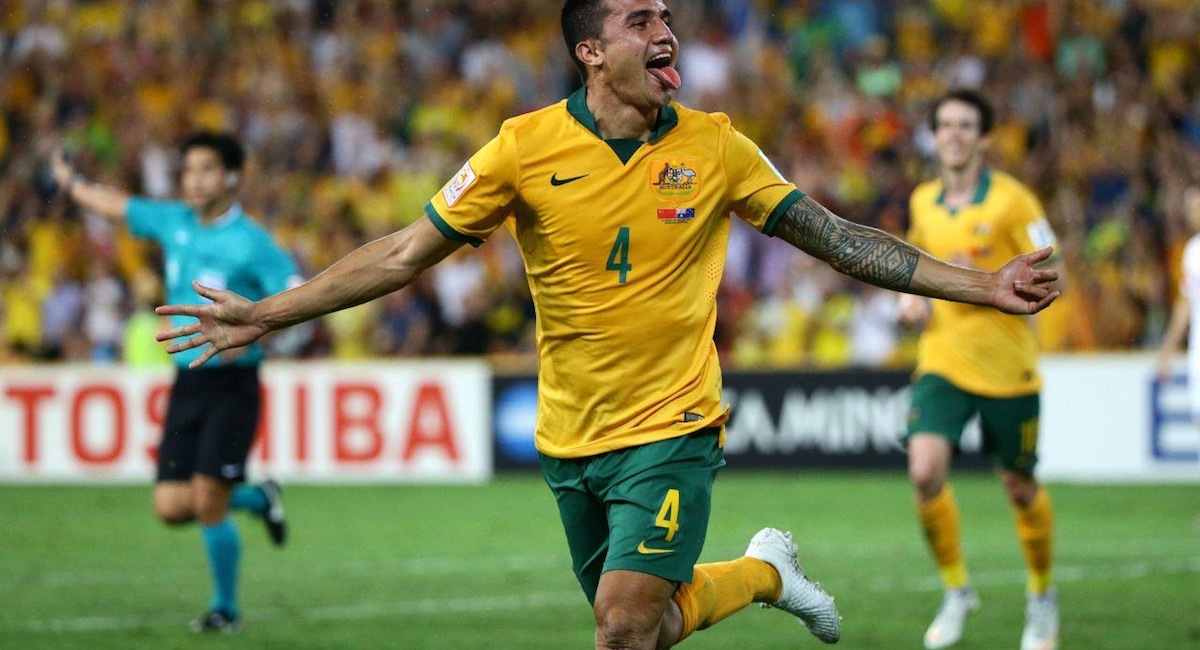 Fox Sports channels occupied only eight places in the week 46 subscription TV chart but the Socceroos’ crucial match against Honduras to qualify for the World Cup was a clear winner for the week. The broadcast had 65% more viewers than the next most-popular show.

The number 2 show was last week’s winner, Lifestyle’s Gogglebox Australia. The Lifestyle channels held onto six places in the chart but two other channels had eight entries each and another had nine entries, the most of the week. That channel was FOX8 and all its charting shows were American half-hour animated comedies apart from The Flash’s one hour of sci-fi action.

The eight entries for the TVH!TS channel were all for NCIS except one for House. 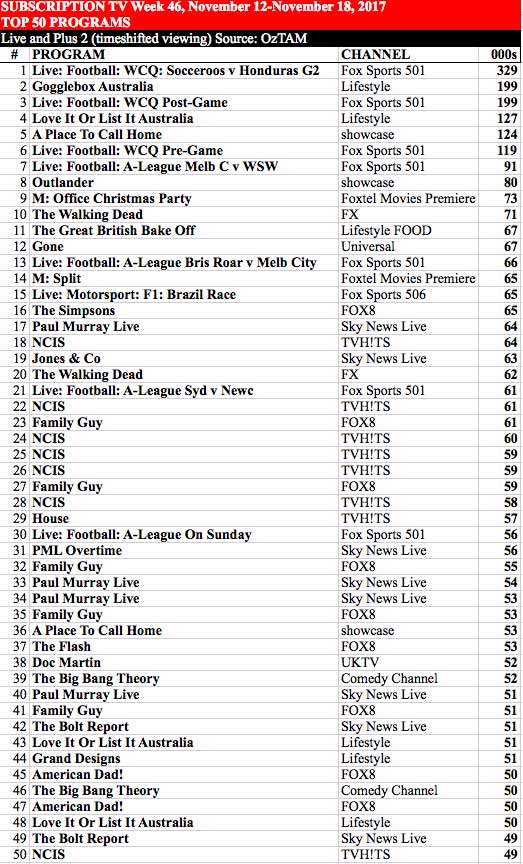