Fox Sports channels filled 26 places in Week 42’s top 50 chart. Sixteen of those listings were for Supercars action on the Gold Coast.

Among non-sports shows, NCIS was very popular again on TVH!TS occupying seven places in the 50. Sky News Live had five listings, with Paul Murray Live the star performer on four of the five shows. The Lifestyle channel had three shows charting, two of them in the top six. A Place To Call Home was #6 and Gogglebox Australia made it to #2, coming within 20,000 viewers of toppling the Rugby Championship match at #1.

There were two movies charting in Week 42, led by Assassin’s Creed on Foxtel Movies Premiere at #27. The second was an evergreen from 1973: The Sting with Paul Newman and Robert Redford always does well for Fox Classics, this time landing at #31. 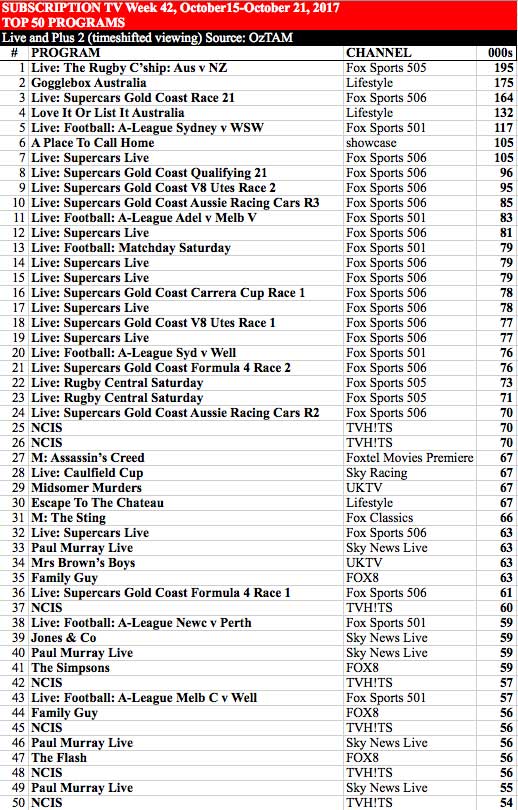