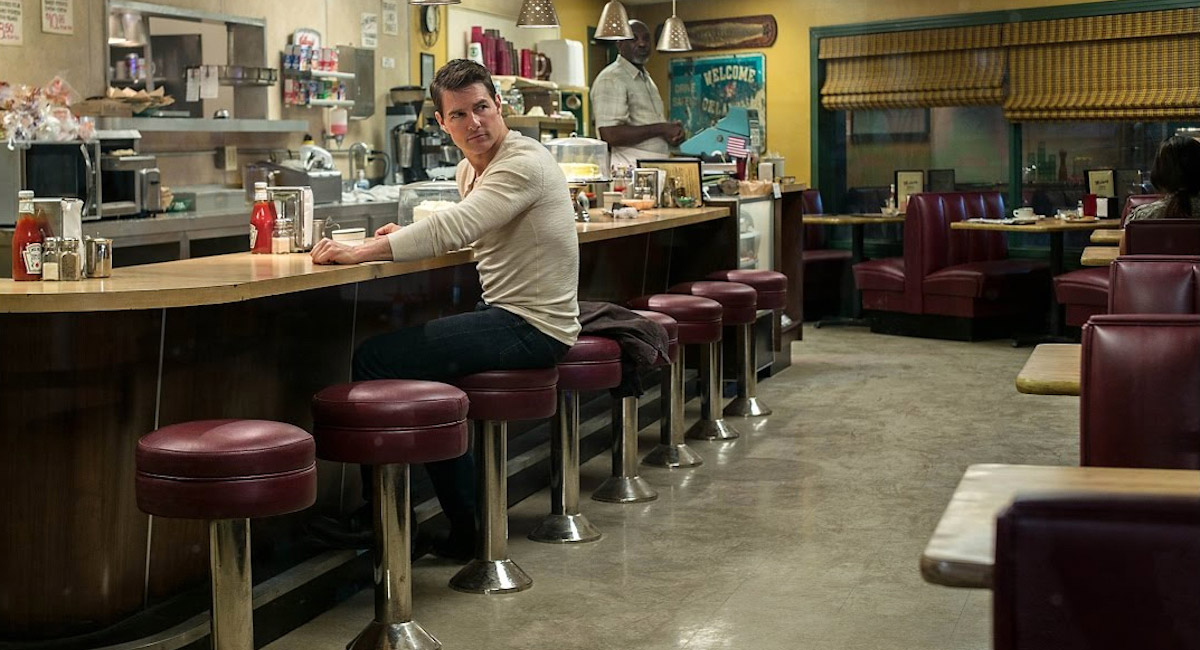 Season 7 of Game Of Thrones finished in week 35 so week 36 of the top 50 is back to normal with sports programs occupying the top half of the chart. The first non-sport show of the week was a Tom Cruise movie. With his latest release American Made currently in cinemas, Foxtel Movies Premiere debuted his 2016 feature Jack Reacher: Never Go Back at #27.

The next highest-rating non-sport show was at #40 – BBC First’s latest episode of Top Of The Lake: China Girl. After that, there were only four non-sport shows in the chart for the week. They came from Discovery, TVH!TS, UKTV and FOX8 channels. 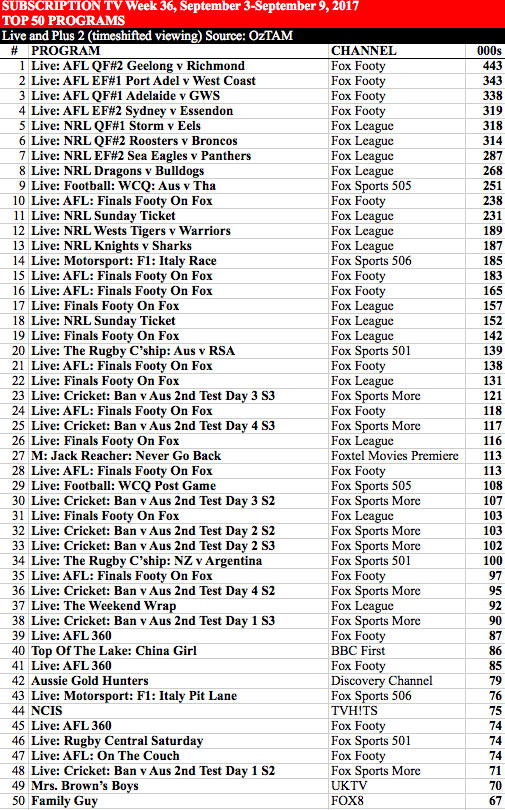