When 16-year-old girl Rachel Antonio went missing in Bowen in 1998, The Courier-Mail’s court and crimes editor David Murray had just started out in the newsroom as a cadet. It was one of the first stories he had covered.

“I remember that she just vanished,” Murray told Mediaweek. “There was a huge search for her.”

Nearly 20 years on, the case is still unresolved. It was a phone call from Ian and Cheryl Antonio, the parents of the missing person, in late 2015 that sparked Murray’s interest in the case again.

“They had read a book that I had written about a very high-profile murder in Queensland, ‘The Murder of Allison Baden-Clay’,” Murray said. “Something in that book connected with them. They decided to get in touch with me.”

Ian and Cheryl Antonio had asked Murray if he would write a book about their daughter’s case. While he had stayed in touch with the victim’s family after the initial phone call, it wasn’t until mid-2016 that Murray started to pursue Rachel Antonio’s case as a story. Instead of a book, Murray’s idea was to tell her story as a podcast. The five-part series, which was published in the second half of 2016 under the title of Searching For Rachel Antonio, is what gave Murray the title of 2017 Journalist of the Year at Queensland’s Clarion Awards late last month. 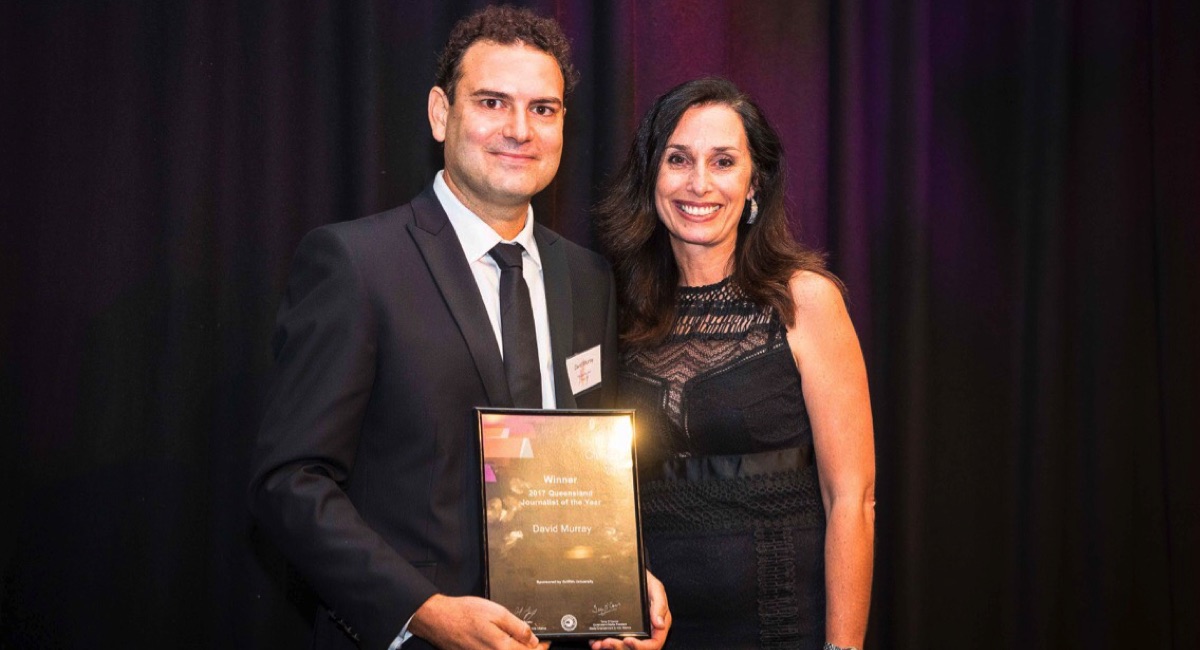 “You don’t need very much to make a podcast,” Murray said, speaking from experience. “When I suggested that we do this as a podcast to the office, they agreed and basically gave me a $200 handheld digital recorder, which was about the size of my palm. Then they said, ‘Yep, off you go.’ That was the extent of our equipment for the entire podcast. This includes all the interviews: the one-on-one and the phone interviews. The narration was also done on this one palm-sized device.

“We stretched it to its absolute limits.” [Laughs]

Searching For Rachel Antonio is the first podcast series produced by The Courier-Mail. The multistorey office of the newspaper in Brisbane doesn’t have a space built to produce audio content. The quest to find a quiet environment to record the narration had Murray exploring the building like never before. Eventually, he used an empty office space on the ground floor to record his narration. “I made a makeshift stand, put the recorder on it and did it,” Murray remembered. “The funny thing about that is that part of the office was an area where people would go to make phone calls and have a bit of privacy. So I would be recording and people would come wandering past and have loud conversations on their phones without knowing that I was trying to record a podcast. There was lots of stopping and starting.”

The podcast took about four months of investigation and producing.