In its second week of season 7, Game of Thrones managed to chart three times in the week’s top 50 shows. Its highest rating was achieved for the premiere screening on the showcase channel at 11am on Monday. Next highest was the episode’s primetime premiere on the Monday night, followed by an encore screening the next afternoon.

Immediately after the season’s primetime premiere the previous Monday evening, showcase showed the first episode of the Ridley Scott/Tom Hardy series Taboo. The episode screened simultaneously that night on the BBC First channel but from week 30 onwards the eight-episode series is exclusive to BBC First, in its original Monday night timeslot. Taboo obviously benefited from its Game of Thrones lead-in – in week 29 it made the top 50 for its showcase screening. However, in week 30 it makes the top 50 on the strength of its BBC First audience alone. 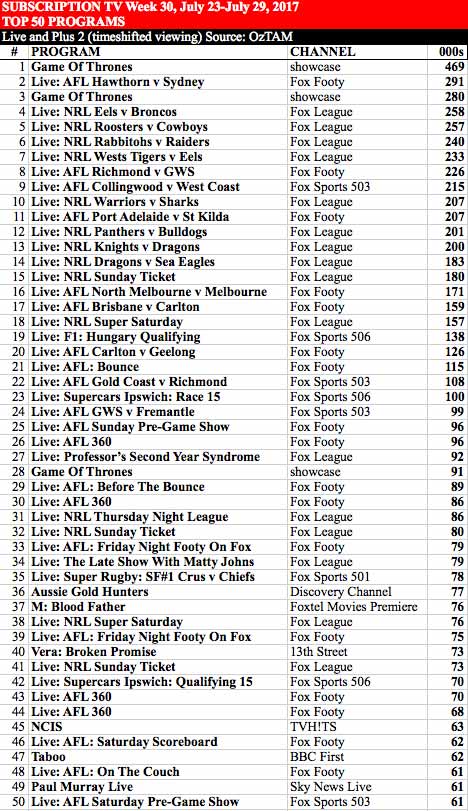