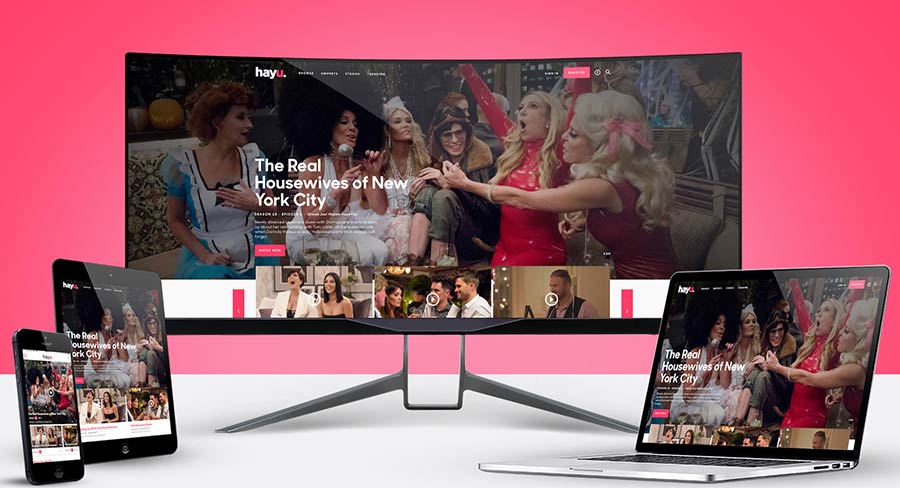 The NBCUniversal streaming service hayu is celebrating its third anniversary since launching in Australia.

In March 2016 the platform launched in the UK, Ireland and Australia.

Launching here a year after Stan and Netflix, hayu’s offer was a simple and cheaper one – reality TV hits for $5.99 a month. The pitch remains the same although the price has edged higher to $6.99 monthly. “We are now in 11 markets after we launched in the Nordic region in 2017 with Norway, Sweden, Denmark and Finland. That expansion continued in 2018 when we launched in Canada last September.”

He told Mediaweek most recently hayu launched in Benelux – Belgium and Luxemburg.

While NBCU owns a lot of the content on the hayu platform, McDermott explained there is lots more too.

“NBCUniversal is one of the world’s leading unscripted production companies and they produce about 2,000 hours of unscripted a year. A lot of those franchises are extremely well known. Products that come out of our flagship brands in the US – Bravo, Oxygen and the E! Network – are franchises like The Real Housewives, Top Chef, Keeping Up With The Kardashians.

“At launch perhaps as much as 90% of the content was from the NBCUniversal family. Since launch though we have diversified the content proposition.

“We are actively acquiring content from third parties as well. We have closed deals with A&E, Viacom plus independent production companies to round out the reality TV offering we have.”

The new content varies from market-to-market, but McDermott said, “We also have acquired older content no longer in production which includes The Hills and Jersey Shores.”

Hayu has yet to commission any original content. “We haven’t seen the need to do it yet, but it is something we could look at in the future.”

As to what hayu might have learnt from its Australian rollout, McDermott said: “One of the key things we found is that people who love reality TV, really love reality TV and they want to watch a lot of content. One of the key developments we added about a year ago was a temporary download feature, which allows users to download every single episode of content on our platform.

“We also spent a lot of time communicating to our viewers, trying to drive them into other shows. That is primarily because of the breadth of content we have.

“We have close to 6,500 hours of content on the service now. That represents more than 200 shows.”

McDermott agreed that hayu had, and still does, offer customers an attractive subscription fee. “We spend a lot of time thinking about price. The idea was to make the service available to as many people as possible. That has proven to be quite good for us. We view hayu as a complementary service and our price tag reflects that.”

The bulk of hayu viewing comes from mobile devices – small screens and tablets. “Over two thirds of viewing comes from those devices, in particular phones and that is probably a reflection of our demographic. We target a young, female demographic 18-34. The average age of our viewers in Australia is 29. It is also a reflection of the content with people snacking when they have time perhaps on their way to work.”

While McDermott acknowledged the power of exclusive content, he noted their major priority is distribution to make sure hayu is available on every device on every platform. “That allows people to do what they want when they want.”

hayu is a reality TV-focussed platform, with McDermott noting that it is not about to be diluted with other content. It’s not all feuding families though – other reality TV content includes true crime as well as home & design and food shows.

“We will continue international expansion and technical enhancements. We also want people to be watching more of our content and one way to do that is to make it available on the same day it airs in the US.”

Given the explosive growth coming with numerous SVOD platforms preparing to launch, hayu got in at the right time. “When we launched we saw potential SVOD growth and that has come to fruition.”

Hayu partners in Australia are Fetch, Telstra, Apple TV and Amazon Fire TV. “We found them to be fast-growing platforms, but also platforms that embrace VOD services like ours and we are looking to expand our partnerships here and internationally.”