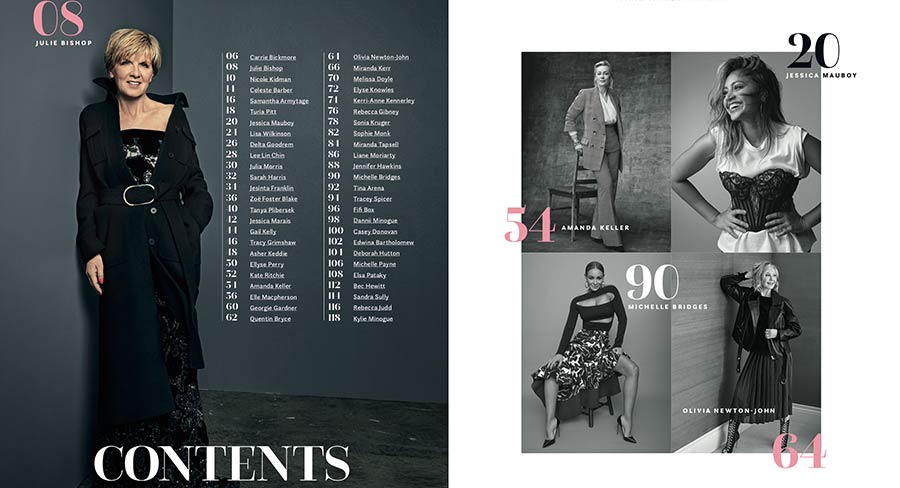 • Stellar’s first glossy special since launch over two years ago

News Corp Australia’s Sunday magazine Stellar has produced its first one-shot special edition magazine, on sale from today, featuring The 50 Most Talked About Women in Australia.

With national distribution in Coles and Woolworths for one month and on newsstands in newsagents, Costco and Big W for three months, the glossy Stellar one-shot is a compilation of cover stories and inside feature stories of inspirational women, from more than 100 weekly Sunday editions of Stellar since launch in August 2016. Editor-in-chief of Stellar, Sarrah Le Marquand, told Mediaweek the idea came from colleague Gemma Sutherland in News Corp special projects: “We have chosen to feature an impressive roundup of 50 exclusive interviews and photoshoots of the country’s most fascinating and sought-after women. It is very much an illustration of the unparalleled access and calibre of content we have featured since launch. “In an era where celebrities are fighting back more than ever about fake news, Stellar is increasingly becoming the only media interview many high-profile personalities will grant.”

The women featured in Stellar’s 2018 oneshot include: Nicole Kidman is the cover star. “We shot Nicole and it’s the best shoot she’s every done. When we did the interview with her, it was really all about her longevity and resilience.

“Nicole is very outspoken about issues for women. And when we talked, we talked a lot about the lack of female directors and the role that she plays in mentoring women, the role that she’s played in being mentored.”

Appearing on The Graham Norton Show screened in the UK and Australia over the weekend, Kidman again explained how important it was for her to be working with women directors.

“Kylie Minogue was the first person to be featured on the cover of Stellar three times and I think that’s just because the story resonates.

“When Stellar first launched, our mission was simple,” said Le Marquand. “We wanted to deliver a weekly Sunday publication like no other, a title that embodied the beautiful photography and design of a glossy fashion magazine filled with the news-breaking features and exclusive interviews of a newspaper.

“As the months passed, it became apparent that not only were we establishing a reputation for telling untold stories – but for telling stories with a quintessentially Australian sensibility.” The Stellar souvenir edition, on sale for $9.99, will be promoted in a print, digital, retail and social media marketing campaign, with front page pointers and display ads on News Corp mastheads nationally.