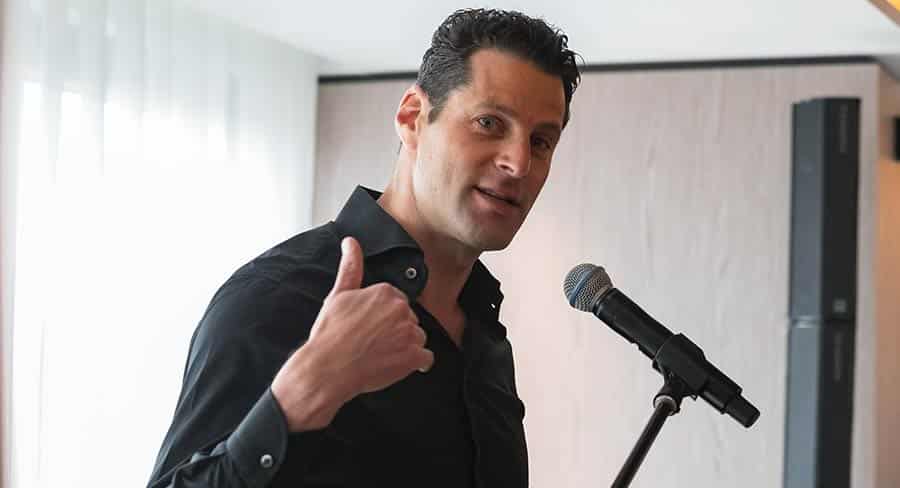 It’s been ARIA Week for what seems like a while and we are still two days away from the 2018 ARIA Awards event.

ARIA chief executive Dan Rosen told Mediaweek there are over 30 events in the 2018 ARIA Week. On the night before we spoke, Rosen did his best visiting four different ARIA Week events on the same night. Were there any special challenges regarding the awards this year?

There are always challenges given the fragmentation of media. But one thing that we’ve been very fortunate with is we have a fantastic partner in Nine, which has been just sensational in promoting and working with us to make the ARIAs a great show.

Nine has been using the Today show each morning to highlight more of the Australian artists we’ve been profiling over the last 10 days, each of the nominees for Song of the Year.

We’ve been able to get video from each of the nominees, from Five Seconds Of Summer to Troye Sivan and Amy Shark, to be part of the Today show. We have been working with our social partners at Twitter, Facebook and YouTube to make sure that we’re getting as many people outside of Australia as possible to engage with the ARIAs.

We are broadcasting the event into Asia on Star World, continuing to build the audience. There are 25 million people in Australia, but two billion people connected to a phone outside of Australia. We’re trying to get to as many of them as possible in the seven-week period between the nominations and ARIAs to be engaged with Australian music.

You’ve done a good job turning around the ARIA Awards. There was a time when it wasn’t considered a very hot media property.

We continue to improve and make things better, and we’re in a very strong place now. That’s reflected by our partnerships with Apple Music, Telstra, Pepsi, Swarovski, Virgin and The Star. Apple is the most valuable brand on the planet, so for it to be our naming rights partner is a wonderful endorsement of us, and we feel very proud of that relationship.

With Nine close to finalising its deal with Fairfax, does that open up more possibilities for you next year?

It’s a question for Hugh Marks. Nine has been a sensational partner, and what it is planning looks very exciting. We hope to be part of whatever the expanded Nine offering is. We’re very fortunate that we get very good support across Fairfax newspapers, and also the News Corp stable. They’ve been incredibly supportive, particularly The Daily Telegraph and the Herald Sun. We want to make sure that as many media organisations as possible, across radio and TV, print and online, are talking about Australian music.

Lots of Australian artists have big hits this year and the support of commercial radio’s been really important. And it’s wonderful to be working with Nova on the four of the artists’ Red Rooms in the lead-up to the ARIAs.

How have industry revenues been this year?

Our half year revenues are up about 7%, and so still tracking, hopefully, towards double-digit growth again this year.

That result is driven by streaming services, so it’s looking very, very positive again, which is excellent. I feel like the export market is starting to increase as well, with international revenues of artists, who are starting to build global profiles, using the global streaming services.

Is the industry making moves toward making it easier to podcast music?

It’s just a matter of getting the business model right. There are currently no restrictions – it just comes with a cost – so hopefully the business models will be worked out, and the right technologies will be applied, and smart people will win.

There have been some big Australian success stories on the singles chart – from Five Seconds Of Summer to Dean Lewis.

That was really a positive result. It feels that the industry needed to almost retool itself, to be successful, to work in this global streaming environment. That’s something that we continue to work very hard on, and there’s no method, there’s no silver bullet to solve this stuff. I’m also very hopeful. There’s been a few government inquiries into local content, and then how do we promote local content? That’s across music, film, TV, books, in a global streaming world and there’s massive opportunity, if we get it right, because we’re no longer limited to a population of 25 million people.

What are your future plans around the industry organisation?

ARIA is also starting a program for the development young female music executives.

And have a careful look at the ARIAs this year. The two most nominated artists are Courtney Barnett and Amy Shark, and four of the five breakthrough artists of the next generation of females. Then Kasey Chambers is the inductee in the Hall of Fame. We’ve definitely got to keep improving, but it feels like we’re moving in the right direction on that trend.