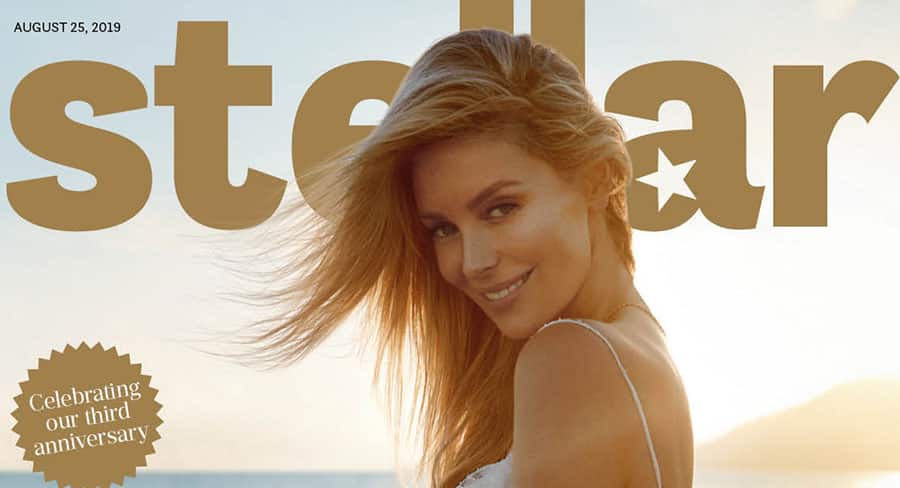 Stellar editor in chief, Sarrah Le Marquand, said: “Our mission remains as strong today as it was when we first launched – to deliver a weekly Sunday magazine like no other, with beautiful photography, the design of a glossy fashion magazine yet filled with the news breaking features and exclusive interviews found in a newspaper.

“We’re very fond of striking photoshoots, but we’re also about telling stories with substance and empathy. In our cover story, a reflective Jennifer opens up for the first time about her marriage and the difficulty she encountered on her path to motherhood – an experience bound to resonate with many readers.

“With the photoshoot set at sunrise on stunning Hayman Island, Jennifer’s photos are strikingly beautiful.”

Stellar’s first anniversary issue in August 2016  featured Elle Macpherson standing by a pool in Hayman Island, she was followed a year later by Nicole Kidman diving into a pool in LA wearing an Alex Perry ballgown.

Stellar’s Jennifer Hawkins third anniversary edition is available this Sunday in The Sunday Telegraph in Sydney and the Sunday Herald Sun in Melbourne. 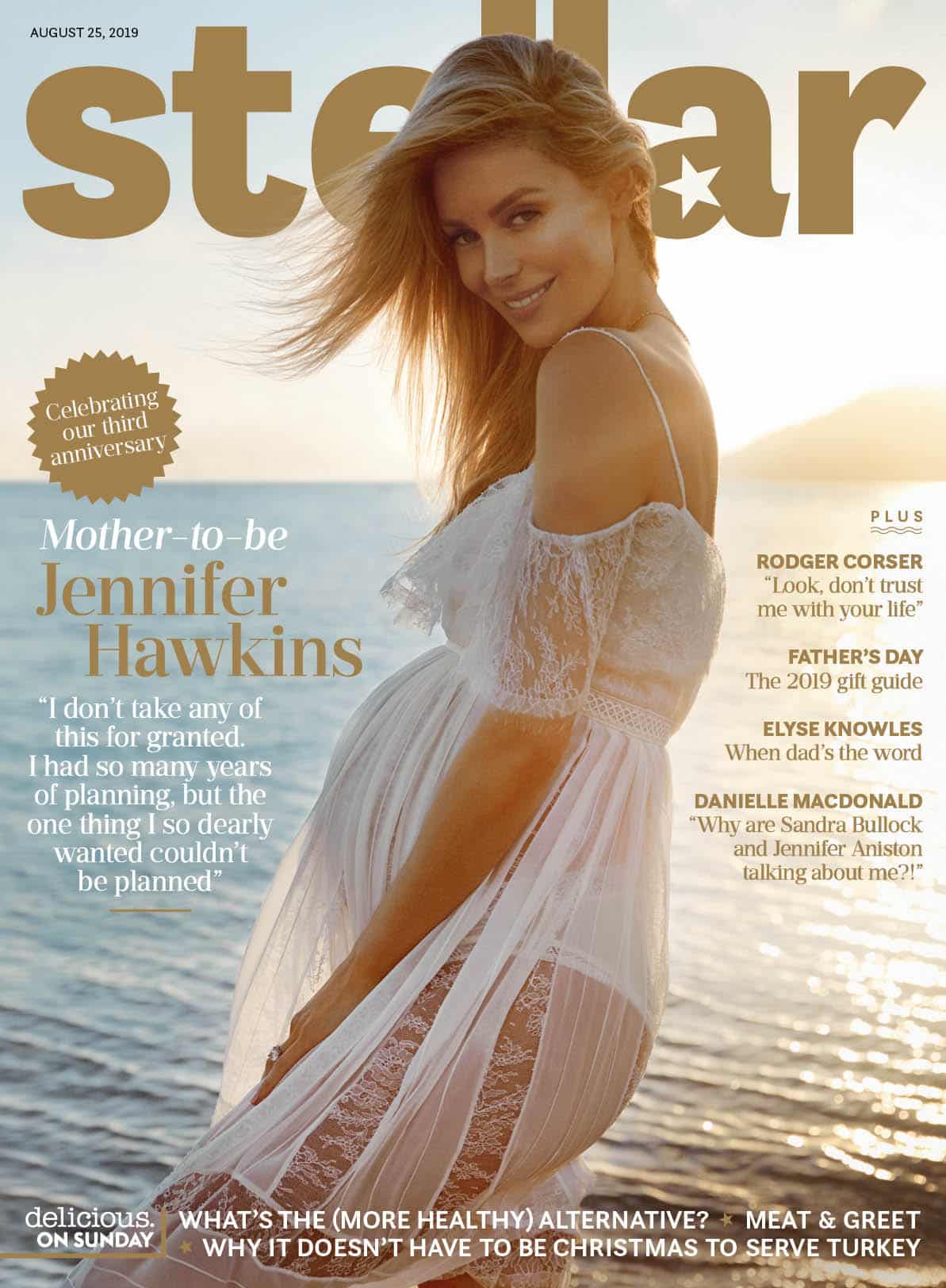