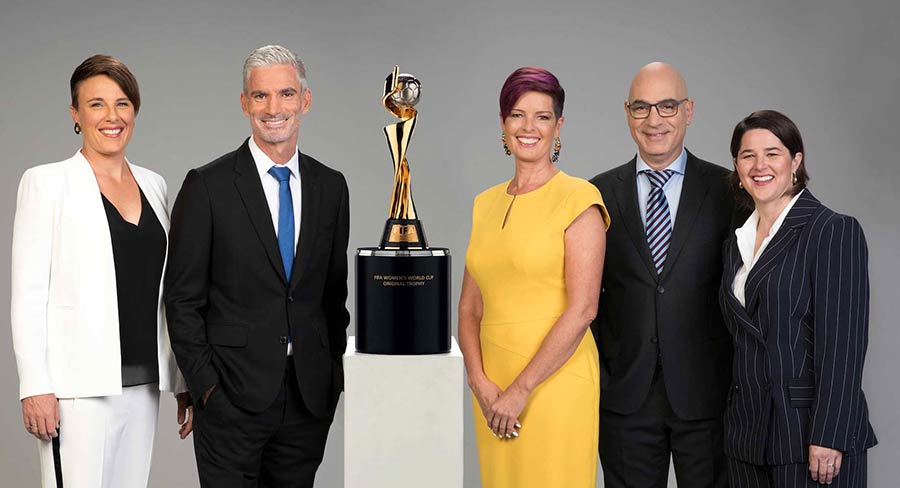 • Opening match, Matildas fixtures, and all finals live and in HD

The biggest sporting event over the weekend without doubt was the final race of Winx’s amazing career. The race, just after 3pm on Saturday afternoon, could well be the biggest Seven Horseracing crowd this year given it doesn’t have the Melbourne Cup.

The US Masters was available via Fox Sports on Foxtel or on Gem via Nine’s Wide World of Sports. The Aussies had a terrible third round after Jason Day and Adam Scott had a share of the lead after the second round. Day recovered to finish equal third.

The tee off times for the final round were brought forward because of weather concerns meaning viewers had to get up very early or stay up very late.

The Chinese Grand Prix was the 1000th Grand Prix and the timezone meant Australian viewers didn’t have to stay up late to watch Lewis Hamilton win again. The Fox Sports coverage featured a brilliant pre-show, which paid tribute to F1 history including interviews with some of the greats plus the former F1 boss Bernie Ecclestone and the current chief, Chase Carey.

• Opening match, Matildas fixtures, and all finals live and in HD

As the official broadcaster of the 2019 FIFA Women’s World Cup tournament, SBS will bring Australian audiences all the action from France.

Tracey Holmes is returning to the broadcaster to lead the SBS team, alongside former Socceroo captain Craig Foster and Matildas legend, Joey Peters, who will share their analysis and insights from Sydney.

The SBS broadcast will feature live commentary from the stadiums in France from broadcaster David Basheer alongside former Matilda Sarah Walsh, who will have exclusive access to the Matildas camp throughout the tournament.

SBS director of sport Ken Shipp said: “We have assembled some of the most trusted, experienced football voices to bring extraordinary insight and bold personality to our coverage of the 2019 FIFA Women’s World Cup. We are proud of our football legacy, and following on from the huge success of Russia 2018, we are excited to deliver world-class coverage of the FIFA Women’s World Cup to all Australians.”

SBS’s coverage will begin with the opening match on Sunday, 8 June from 4.00am as hosts France face Korea Republic, kicking off a huge month of football on SBS.

Catch all of the Matildas’ matches live and in HD on SBS, as well as the opening match, all Quarter Finals, Semi-Finals and the Final.

SBS Radio will also broadcast all 52 matches of the 2019 Women’s World Cup, live and free via the SBS Radio app. Matches will be broadcast in up to three languages simultaneously; English and in languages of competing teams.