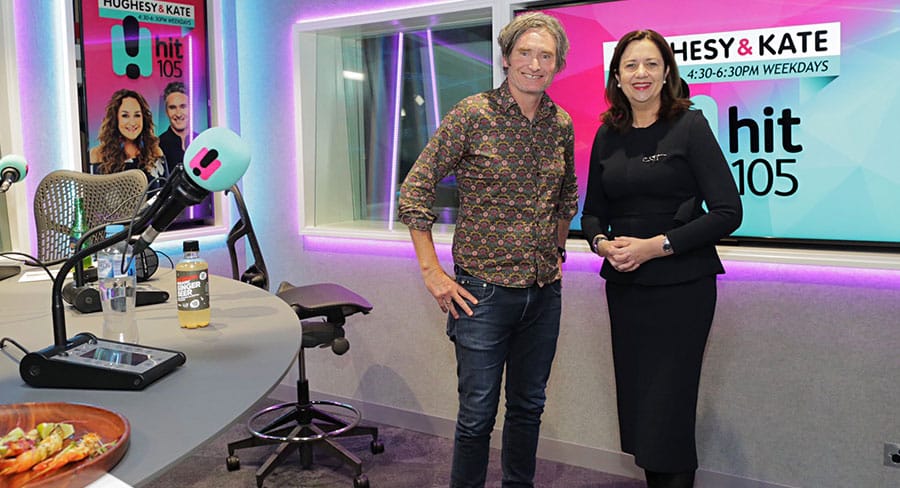 Hosting all the launch event guests was the key driver behind the SCA relocation project and Executive General Manager of Queensland Damon Reilly.

Reilly commented last night: “The creation of SCA Brisbane’s Audio HQ was 18 months in the making. All 125 Brisbane staff were involved in the design and furniture selection and our goal was not only to create Australia’s leading Audio facility, but to deliver an environment that would allow our team to maximise both collaboration and innovative thinking.

“The foresight and support of our CEO Grant Blackley cannot be understated, to provide the investment in Queensland for a facility such is a privilege for me to lead and one which reflects Brisbane’s growing reputation and growth. Tonight is a celebration of all things Audio. Welcome to the Queensland headquarters of Australia’s biggest media company that reaches 95% of Australia’s population, SCA. Welcome to Brisbane’s leading radio stations, Triple M & Hit105. Welcome to SCA’s Audio HQ.”

Other guests include Premier of Queensland Annastacia Palaszczuk and the Leader of the Opposition Deb Frecklington, senior leaders from all national advertising agencies, CEOs and leaders from 40 of Brisbane’s leading corporates, plus SCA’s top clients.

• Australian comedian and part of Triple M Brisbane’s The Big Breakfast with Marto and Robin, Nick Cody opened the event, with Brisbane-born act The Veronicas performing.
• Guests were treated to “Frequency-Infused Gin”, and could choose Hit105-infused, or Triple M-infused (a partnership with Ink Gin), as well as XXXX and Moët & Chandon. A long Blue Carpet snaked through The Barracks and marked the arrival experience on ground level.
• Dave Hughes broadcast his national HIT Network program live from Audio HQ and through the event, with Kate Langbroek direct from Italy.
• Channel 9 hosted weather live from the event.