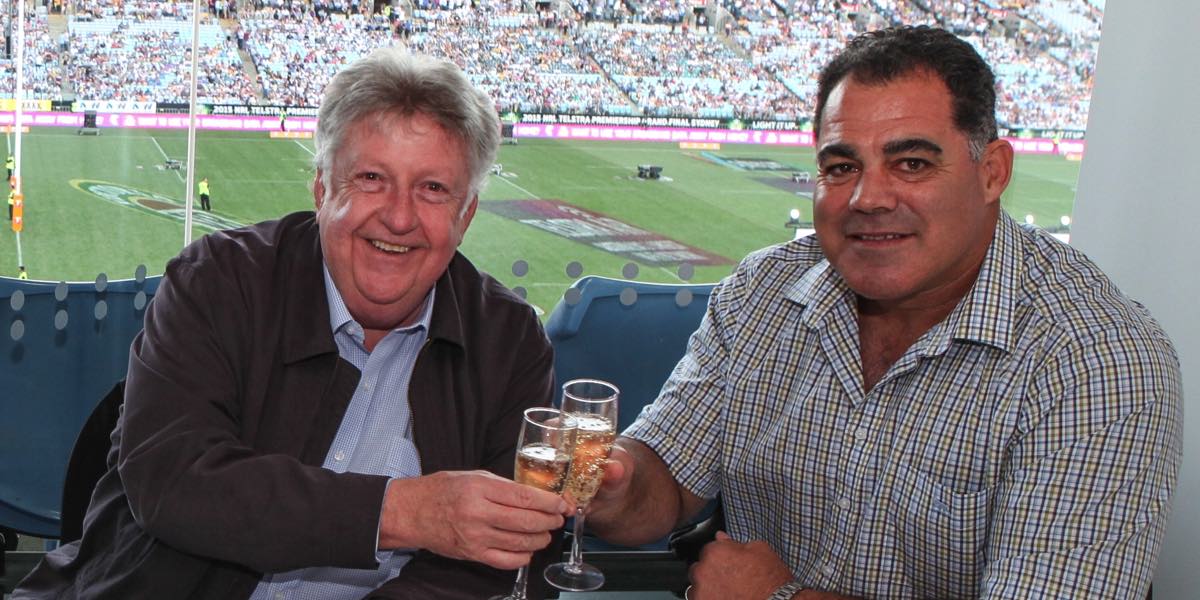 Last week, Denis Handlin and Mal Meninga (pictured) secured the top coaching role as Australian Kangaroos coaching role for Mal, the first time this has been a full-time role for the Kangaroos and breaks new ground for the future of the team.

Denis Handlin, chairman and CEO, Sony Music Entertainment Australia & New Zealand and president, Asia and director of Parade Artists, said: “Mal is undeniably a great leader, one of Australia’s finest sportsman and a very special person. I have had the privilege of being one of the Queensland State of Origin mentors under Mal’s leadership for 10 years and I have witnessed first-hand his amazing ability to develop players to get the best out of them, create a winning mentality and produce record-breaking performances.

“We are delighted to launch Parade Sports as a new division of Sony Music with the signing of Mal. We are honoured to work with Mal in the next steps of his professional career.

“Parade Sports will be working with Mal on a range of activities. Aside from the typical sponsorship and endorsement sourcing activity, we are planning to put together a series of events around Mal. We have some great ideas on some ‘money-can’t-buy experiences’ that focus on fans and community engagement, that will allow the public to experience the nurturing and mentoring skills that Mal is so well known for.

“We will be looking at additional media arrangements for Mal across television, radio and online. Mal has such great presence and insight and I think that he will really connect with audiences.

“One of Mal’s strengths is his leadership and to hear him talk on team work and what it takes to win is inspiring. In addition to speaking engagements, Parade Sports will develop corporate leadership workshops where Mal spends time with companies and presents his experiences on leadership and building teams as part of a programme to improve performance and culture.”

Meninga is a legendary rugby league player, captain and coach and is highly regarded as one of the all-time greats of the game. As a coach, he has taken the Queensland State of Origin team to an unprecedented level by winning nine series in 10 years since 2006. He also coached the Canberra Raiders between 1987 and 2001.

In addition to growing its sport division, Parade is planning to expand into media personality management in 2016.