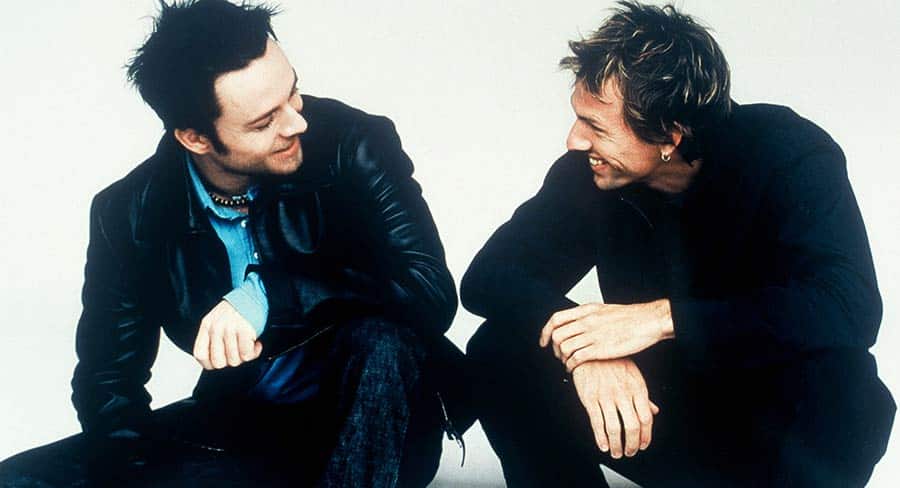 Sony Music has completed the acquisition from John Woodruff’s company, John Woodruff Management (Exports) (JWM), of all of JWM’s ownership interests in the Savage Garden catalogue and the first two solo albums by Darren Hayes.

As a result, Sony Music will, through Sony Music US and Sony Music Entertainment Australia, own the Savage Garden catalogue and first two solo albums by Darren Hayes for the world. The acquisition covers the extensive catalogue of this iconic and record-breaking Australian duo including the albums Savage Garden and Affirmation, which feature timeless hits and generational anthems including Truly Madly Deeply, To The Moon and Back, I Knew I Loved You and I Want You to name a few. The acquisition also includes Hayes’s solo work with his first two albums Spin and The Tension And The Spark.

The multiplatinum-selling music of Savage Garden resulted in #1 singles and albums in over 51 countries while Darren Hayes’s solo albums have notched up sales of nearly 2 million units worldwide. The catalogue includes many iconic recordings that will continue to resonate with audiences around the world for decades to come.

Denis Handlin, chairman & CEO, Australia & New Zealand and president, Asia, Sony Music Entertainment, commented: “I am thrilled to welcome Darren Hayes and Daniel Jones back to the Sony Music family. I have immense respect for these incredibly talented musicians who I have known for more than two decades. It is a privilege to take on responsibility for the Savage Garden catalogue and Darren Hayes’s first two solo albums, and I look forward to bringing these incredible recordings to people of all ages all around the world with respect, creativity and passion. “I first worked with Woody in his pioneering days with great Australian rock band The Angels and on many other projects since then. Nearly 40 years since we first met it feels like we have come full circle. It was a pleasure to have the opportunity to reunite with him on this deal.”

CEO of JWM, John Woodruff said: “Darren Hayes and Daniel Jones represent all the best reasons as to why I was attracted to a life in music. Two very young people, with a heady combination of innocence, astounding raw talent and a sheer blind faith in a dream.

“How often was I heard to remark, ‘There is a God’, as one record company or another refused to show faith in a wonderful song-orientated band, and Christine and I were forced by circumstance, in the middle of the grunge era, to put up our own resources and become our own record company, to help expose Savage Garden to the world.

“With a lot of help from Charles Fisher, we made a record in his living room in Rose Bay, over a six-month period, which was destined to take the world by storm and change all of our lives forever.

“As my wife and I move on to our next life it is very fitting that the music continues to flourish with Sony, the first international company that showed the faith right after Roadshow in Australia had so assisted at the christening.

“These two guys continue to show all the humanity that they possessed on day one.”

Darren Hayes said: “I will forever be indebted to John Woodruff who, in 1995, was the only ‘yes’ underneath a room full of rejection letters. He plucked us from obscurity and believed in us without any outside interference. His dedication to the idea of what we could be, catapulted us all the way from the suburbs of Brisbane Australia to the overwhelming madness of New York’s Madison Avenue and the hallowed halls of Columbia Records.

“That impossible journey profoundly changed all of our lives for the better.

“There’s a poetic justice knowing that our master recordings have now returned home, humbly, under the guardianship of another Brisbane music industry legend, Denis Handlin. The full circle-ness feels right and I’m incredibly grateful to John for taking us home, and to Denis and all at Sony Music Australia for their respect for our catalogue.”

Daniel Jones said: “To finally be signed to our ‘now worldwide label’ in our home country is just perfect. “Growing up in Australia and watching the success stories of artists behind the mastermind Denis Handlin and his amazing team at Sony has always been an inspiration for me.

“I could not be happier! I belong here, I plan to stay here, I am home!”