Soccer Swap will be broadcast to more than 90 million people

Following the global success of TV program Chef Exchange, the South Australian Film Corporation (SAFC) and Minister for Investment and Trade Martin Hamilton-Smith have announced the development of the next big Chinese co-production, Soccer Swap.

Developed in consultation with China’s Qingdao Broadcasting and Television Station and due to be filmed in Adelaide and Qingdao, the series will follow a soccer competition between an Adelaide under 14s team and a team from China’s Shandong Province.

Soccer Swap will be developed by Paul Ryan (Chef Exchange) along with producers Nicole Miller and Tao Yu from 57 Films. Ryan and the 57 Films team were chosen by a panel of senior industry executives following an SAFC call-out to South Australian production companies.

Like Chef Exchange, Soccer Swap will be broadcast to more than 90 million people, showcasing South Australian locations and talent on a global stage.

The series will be shot in both Adelaide and China’s Shandong province, and feature Adelaide United Football Club juniors taking to the field to compete with a Shandong-based football club.

The production partners are also working on a second series of the successful Chef Exchange TV series. Chef Exchange series one was telecast to millions of viewers in Qingdao in Shandong Province. The series was re-broadcast in special versions made for other channels, including China Central TV (CCTV) and Channel 9 Adelaide. 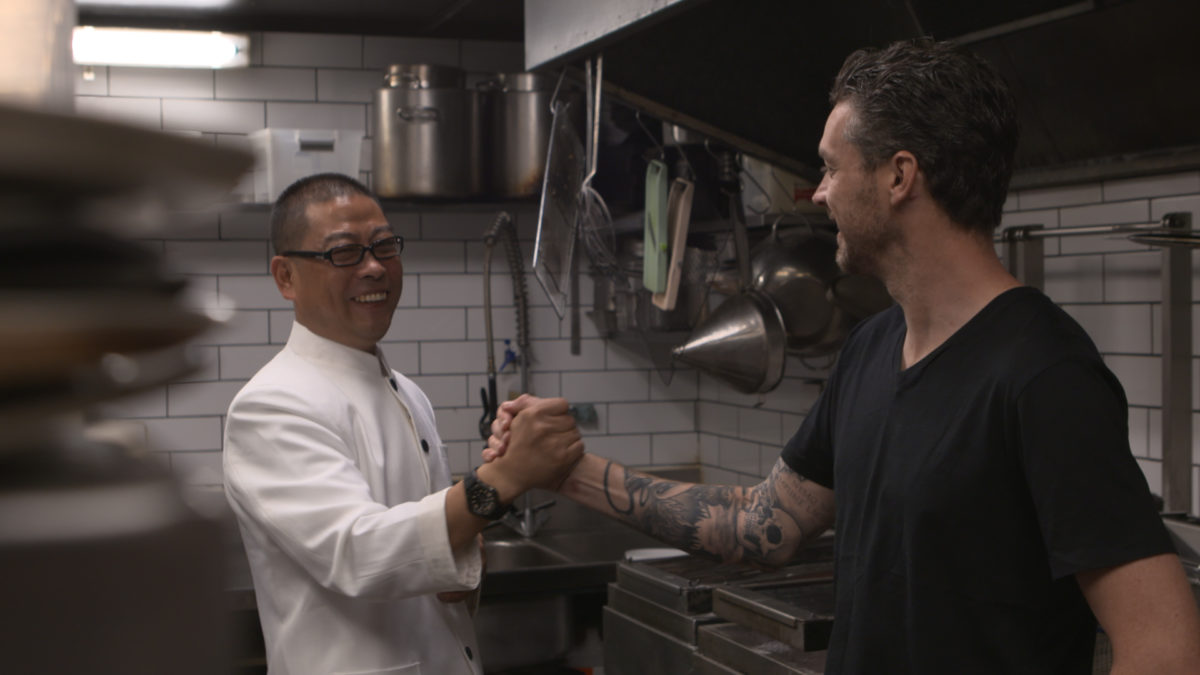 Soccer Swap will follow the selection, preparation and games as two youth teams – one from Adelaide and the other from Qingdao – work towards a match in Qingdao in 2018, and potentially also in Adelaide.

Where Chef Exchange united two cultures through food, Soccer Swap will do the same through sport, an international language that Qingdao TV’s enormous audience can easily relate to.

The interaction between sport and culture are hallmarks of Nicole Miller’s work at 57 Films. With Paul she produced the 25-episode weekly series The AFL Show for China Central TV (CCTV) which follows the journey of Chen Shaoliang, a player from a remote Chinese village as he joins Port Adelaide Football Club.

Originally from Chengdu, China, Tao Yu is an emerging producer whose recent projects include the 32-episode bilingual series, Speed (2017) and whose experience with China has assisted in developing 57 Films’ China engagement.

57 Films also recently partnered with Ciwen Media on Speed – the first Chinese television drama to be shot in Australia. Speed was filmed in Adelaide in March 2017.

Around 50 South Australian crew, plus local cast and extras, worked on the three-week shoot, and they were joined by approximately 120 cast and crew from China.

This announcement further strengthens our sister-state relationship with the Shandong Province and demonstrates the importance of our international business mission program in forming long-lasting, positive relationships that deliver outcomes for South Australia.

I congratulate the SAFC and 57 films for continuing to build this relationship with Qingdao TV following the success of Chef Exchange, and for creating another opportunity to showcase South Australia to the world, this time, through the Soccer Swap series.

The soccer project builds on South Australia’s relationship with Shandong Province and in particular with our great partners Qingdao Broadcasting and Television Station. The 57 Films team lead by Paul Ryan with producers Nicole Miller and Tao Yu bring together unique expertise to explore the richness of this initiative, and we are pleased to be able to support the professional growth of their team. Soccer Swap like Chef Exchange will be an amazing record of the relationship and fascinating cultural connections between South Australia and Shandong – all showcased to China and the world.