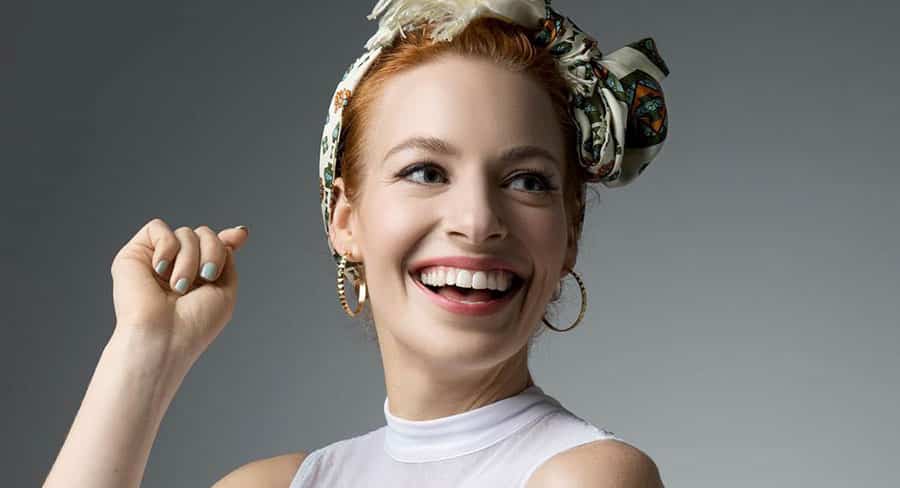 Best known for her role as the yellow Wiggle, Watkins has performed for audiences across the globe as part of The Wiggles since 2010.

The Wiggles have sold over seven million albums, 23 million DVD’s, eight million books, and have been awarded 18 Gold, 13 Platinum, three Double Platinum and 10 Multi-Platinum Awards for music and DVD sales.

Watkins started dancing at age four, ballet first and Irish dancing followed. She went on to study jazz, tap, contemporary, hip hop and character dancing professionally. After completing her schooling at The McDonald College of Performing Arts, she received a full scholarship to study film editing at Sydney Film School. Watkins went on to finish her full-time dance training at ED5International and concurrently completed her Masters in Media Arts and Production at University of Technology Sydney.

In 2010 she joined The Wiggles as Fairy Larissa before taking over from Greg Page as the yellow Wiggle in 2012. Watkins also stars in the ABC Kids television series Emma!, which launched in 2015, opening a new interactive world to pre-school viewers. Currently she is doing her PHD in “Creative integration of dance, sign Language, light, space and film editing” at Macquarie University.

Watkins said: “I’m a smoothfm fan so when the request came out of the blue to join the station, I was so excited to be part of the smoothfm weekend team. I can’t wait share some of my all-time favourite songs with my fellow Aussies.”

Peter Clay, head of programming smoothfm Network said: “Emma is just a delight to listen to and work with. She has a vibrant energy and love of music which I am sure our listeners will love hearing on their weekends.”

Emma Watkins joins smoothfm’s Saturday and Sunday line up with Melissa Doyle in breakfast from 6am, Richard Wilkins from 9am, David Campbell at 2pm and Cameron Daddo from 8pm.