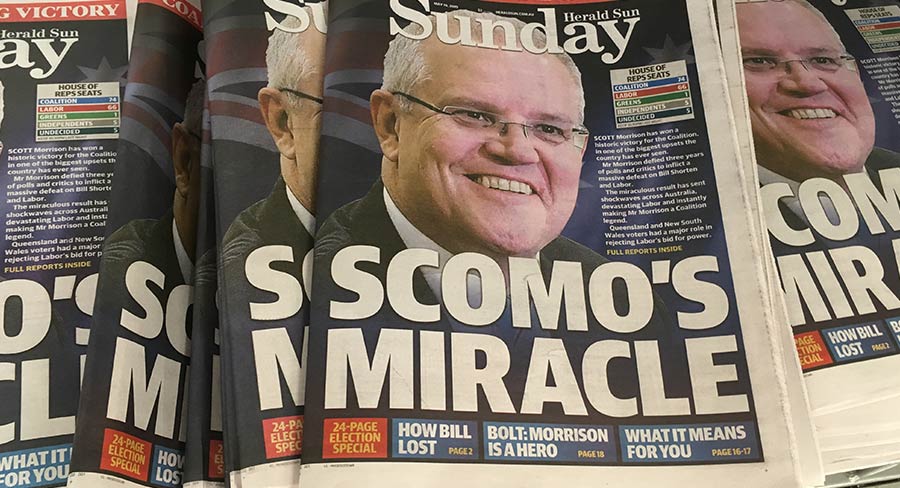 SMI has been tracking the advertising expenditure of all major political parties, unions and industry associations and lobby groups since creating this as a separate SMI product category mid last year.

As all data history came with the new category, this is the first time SMI has been able to clearly show how the collective media shares of these advertisers have changed in the lead up to two federal elections.

Advertisers included in this data include the state and federal offices of the Liberal and Labor Parties, the Greens, the Nationals, Centre Alliance and various Union campaigns (CFMEU, Change the Rules etc). It does not include ad spend for Clive Palmer’s UAP in either period as that party has purchased all advertising directly from media groups.

SMI will update this detail to reflect the final weeks of election campaigning in May with its May data release. 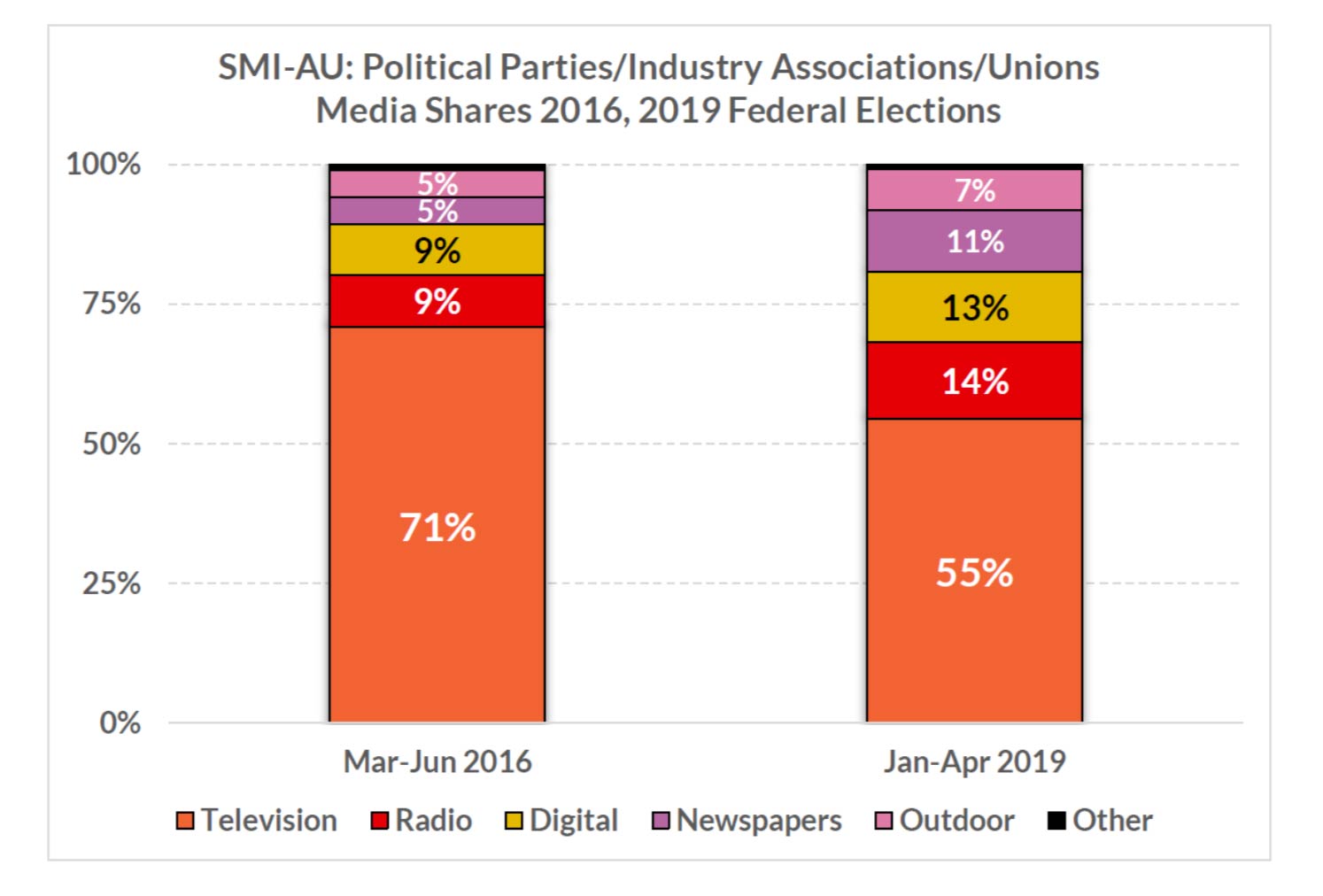