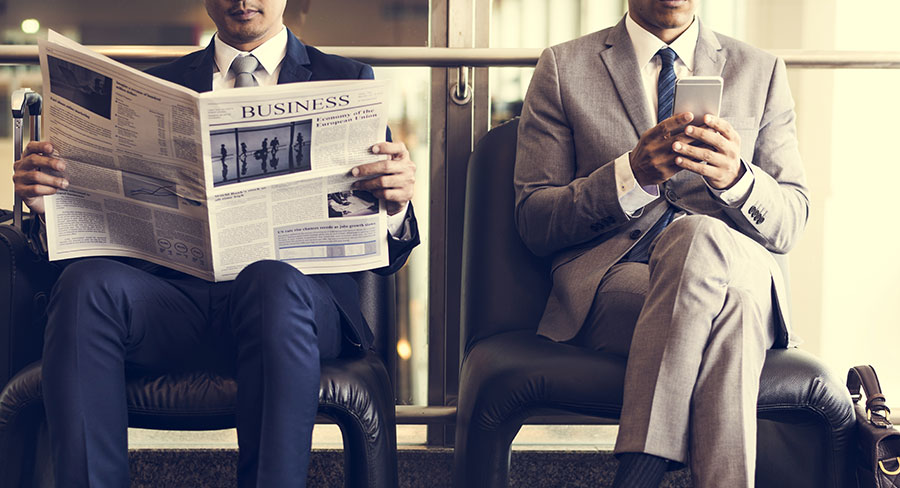 • There has been a strong turnaround in May ad spend

There has been a strong turnaround in May ad spend post the federal election that’s seen the decline in total underlying demand reduce to 1.6% at $595.9 million.

SMI has recorded an above-average bounce in ad spend since the May mid-month data was released, with the market then back 11.6%. But a $60 million-plus increase in bookings – mostly from late digital bookings but also attributable to the press and outdoor media – has seen that decline significantly reduce.

Metropolitan TV bookings were back only 1.9% and metropolitan press was down just 3.4%, although both of those media would be reporting growth if the United Australia Party advertising was bought through media agencies.

Also, the softer overall press demand is focused on the regional newspaper market as one of the largest groups prepares to transition to a new owner.

The decline in outdoor bookings was mostly due to that media’s large exposure to the auto brand and domestic banks categories, both of which reported double digit falls in the value of their media investment in May.

“We have been seeing reduced media spending from the vast majority of all SMI product categories all year so to see such a strong bounce so soon after the federal election is a very positive sign and strongly suggests that market sentiment has moved back into positive territory,” she said.

In this election month Ractliffe said the market did benefit from the huge increase in election-related ad spend with the political party/industry assoc/union category spending $38.2 million.

“Over the past four months these advertisers – the Liberal, Labor, Nationals and Greens plus union campaigns and campaigns from other interested industry associations – spent $70.5 million which is almost a $20 million increase on what these same advertisers spent in the four months before the 2016 Federal election,” she said.

“Among the major changes in political ad spend, this year we saw a far higher proportion directed to metropolitan radio and while digital’s share of this category’s ad spend doubled it still represented less than 12% of all political bookings by dollar value.”

Ractliffe added the lack of business confidence in the early part of May was reflected in SMI’s product category data which showed that only 13 of the 41 categories reported increases in media investment in May. Apart from the political category, a string of large movie releases ensured strong growth in the movies/cinema category while travel advertising was also strong.

The softer demand seen in May represents the eighth consecutive month in which SMI has reported lower year-on-year growth and as a result the overall market is back 3.6% for the first five months of this calendar year while for the financial year the decline is a smaller 1.5%. 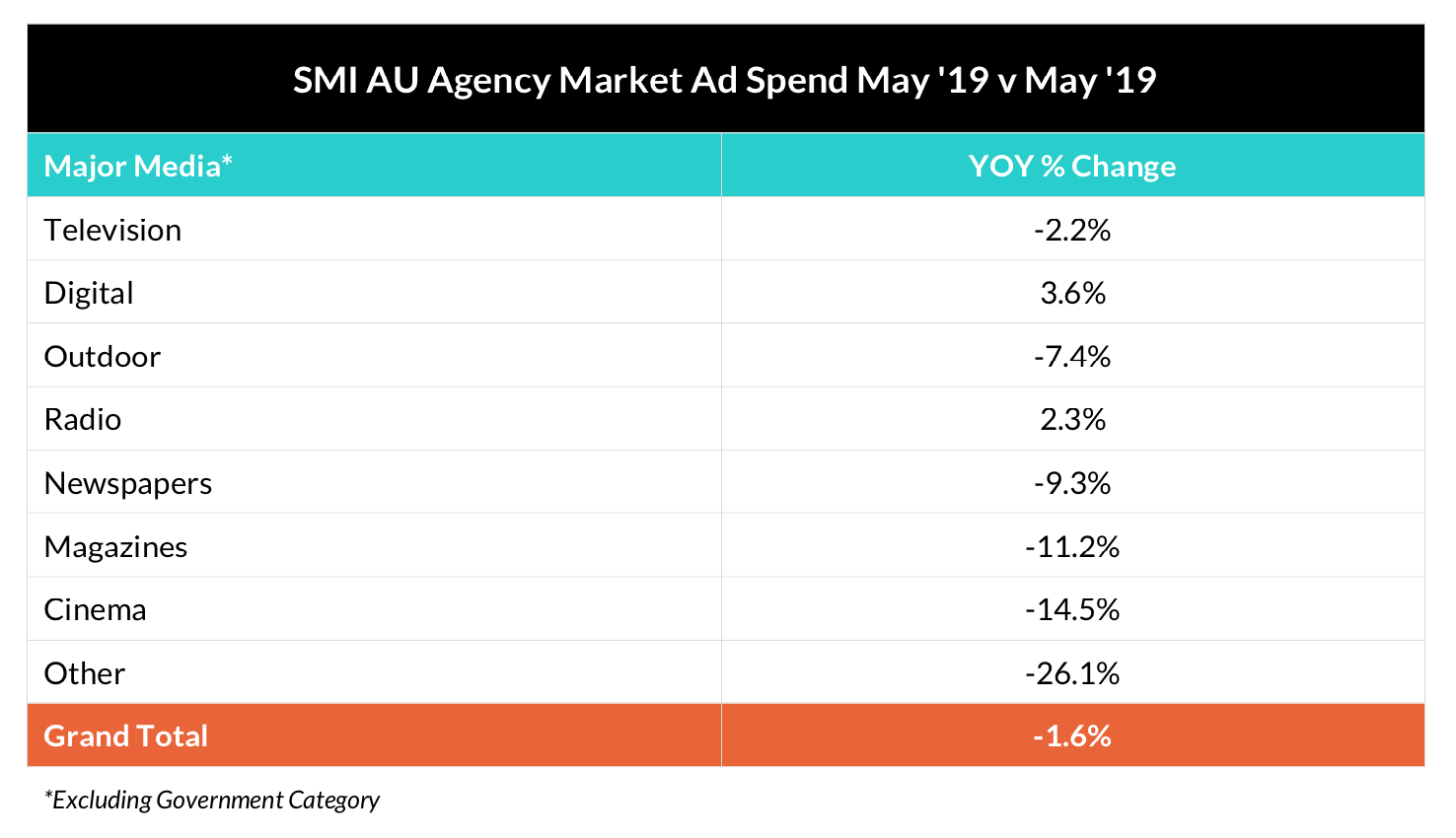